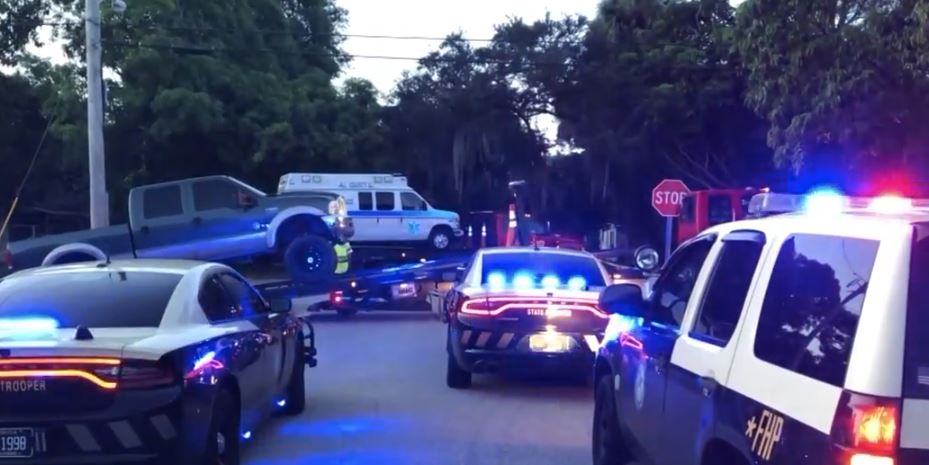 The crash occurred Friday evening near the intersection of SE Velasquez Ave. and Madrid St. in Stuart. Velasquez Ave. is blocked in both directions while officers work the scene.

STUART, Fla. — The Florida Highway Patrol is investigating a fatal crash involving a Martin County bus, a private ambulance and a pickup truck.

According to the FHP, an ambulance carrying a 77-year-old patient was traveling south on Velasquez Avenue when it slammed into a Martin County bus traveling on Seville Street and hit a parked pickup truck.

The patient, who was secured on a stretcher in the back of the ambulance, was pronounced dead at the scene. It's unknown whether the crash led up to his death.

The driver and a passenger in the ambulance suffered minor injuries.

The driver of the bus and a passenger also suffered minor injuries.

Velasquez Avenue was blocked both ways for several hours as troopers investigated the crash.