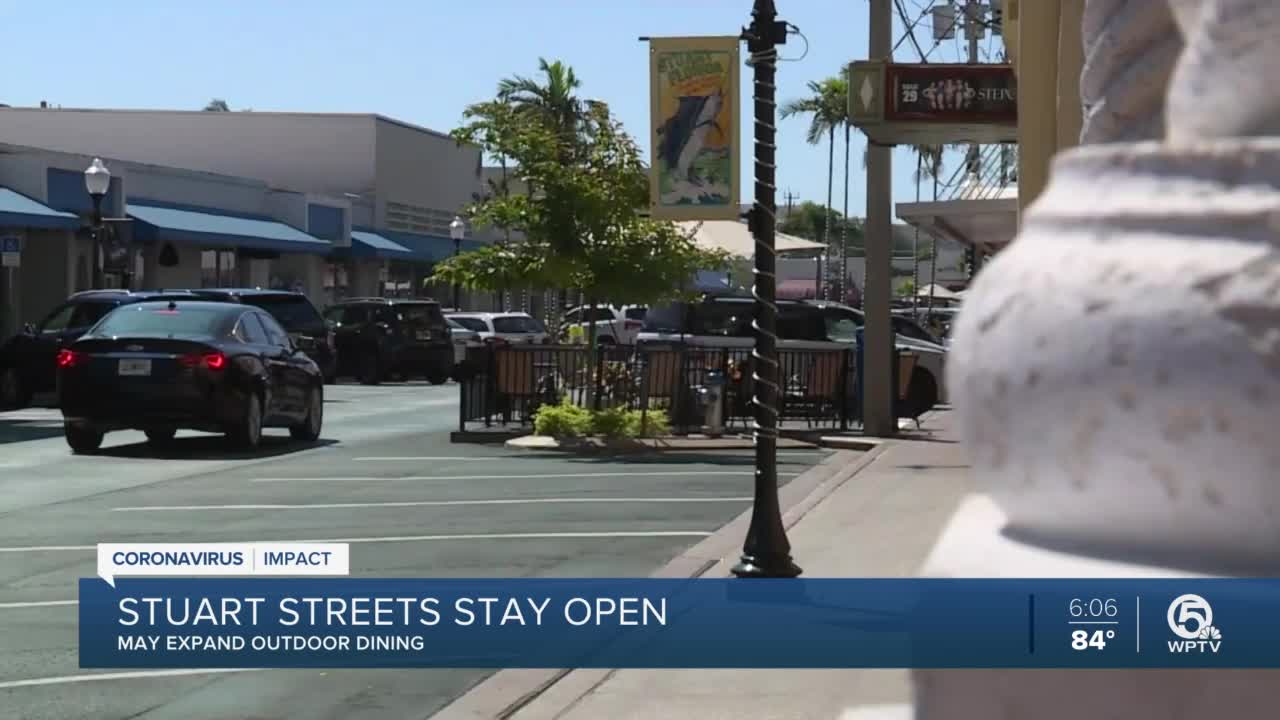 Stuart's City Manager says he won't be closing off downtown streets to cars at this point.

STUART, Fla. — Despite a call to help restaurants and merchants reopening at the tail end of their busy season, Stuart's city manager said he won't be closing off downtown streets to cars at this point. But there may be a compromise.

Stuart City Manager David Dyess was out Tuesday getting the pulse of the business community.

“We’re trying to provide a comfort level for citizens to come down and patronize,” he said.

He stopped in at Spritz City Bistro, where general manager Michael Fitelson said nearly the entire staff is back on the job.

“We just about brought back all of them. We were lucky to get the PPP loan approved,” Fitelson said.

In this Phase One reopening, restaurants are only allowed to serve at 25% capacity.

There’s been a recent push to close off Osceola Street to pedestrian traffic only on a two-week trial basis.

Spritz has an outdoor seating area, but Fitelson says other restaurants could benefit.

“I’m all for it. Anything to bring people downtown. It helps all the businesses down here," he said.

But not all businesses downtown think this is the best idea.

Rob Hart of Earthtones says his store is a “destination” and the issue for him isn’t about parking.

“I’m more proud of the people that park real far away and come here,” Hart said. “How many people have you talked to who said ‘boy I can’t wait until it gets back to normal. Does that mean you should make it not normal when they come back?”

After hitting all the stores, Dyess decides the street will stay open for cars for now, but there is a way to craft a compromise.

“The compromise would be to dedicate some parking spaces for some restauranteurs who don’t already have outdoor dining so they can bring some of their tables outside,” Dyess said.