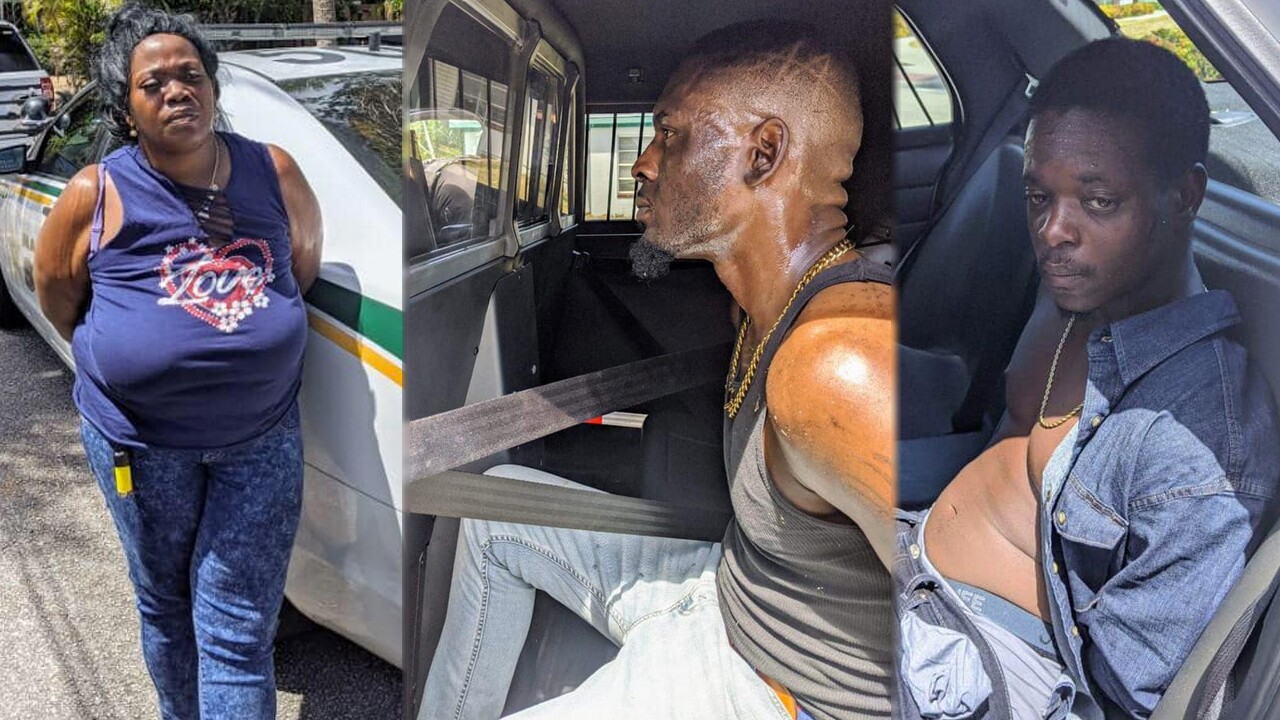 On Monday, police said a Walmart employee spotted a woman, later identified as Quanika Murray, leave the store with a cart full of items, some of which still had anti-theft devices them.

Witnesses said they also saw the woman quickly unload the cart into a vehicle with the help of two men.

The vehicle fled the parking lot toward US 1.

A Stuart officer later spotted the suspects' vehicle traveling at a high rate of speed on the Roosevelt Bridge.

Police said the officer made the decision to only keep a visual on the vehicle to avoid a potentially-dangerous pursuit.

According to a post on the Stuart police Facebook page, “the suspects were clearly not familiar with the area as they ended up stopping in the yard of a residence at the dead end of a roadway.”

The officer was able to take one of the suspects into custody at the scene while two others, later identified as Franshun Devon Skipper and Pernell Shingles Jr., fled on foot.

Deputies from the Martin County Sheriff’s Office arrived and later located Skipper and Shingles Jr. Police said their vehicle contained thousands of dollars worth of merchandise.

Murray was arrested on a charge of felony retail theft.

Skipper was arrested on charges of violation of probation warrant and felony retail theft.

Police said Shingles Jr. did not provide his real name during questioning and later learned he had an open warrant for failure to appear on a charge of retail theft.

Shingles was charged with felony retail theft and providing a false name to a law enforcement officer.

Police said all three of the suspects are from the Fort Lauderdale area and additional charges are possible.