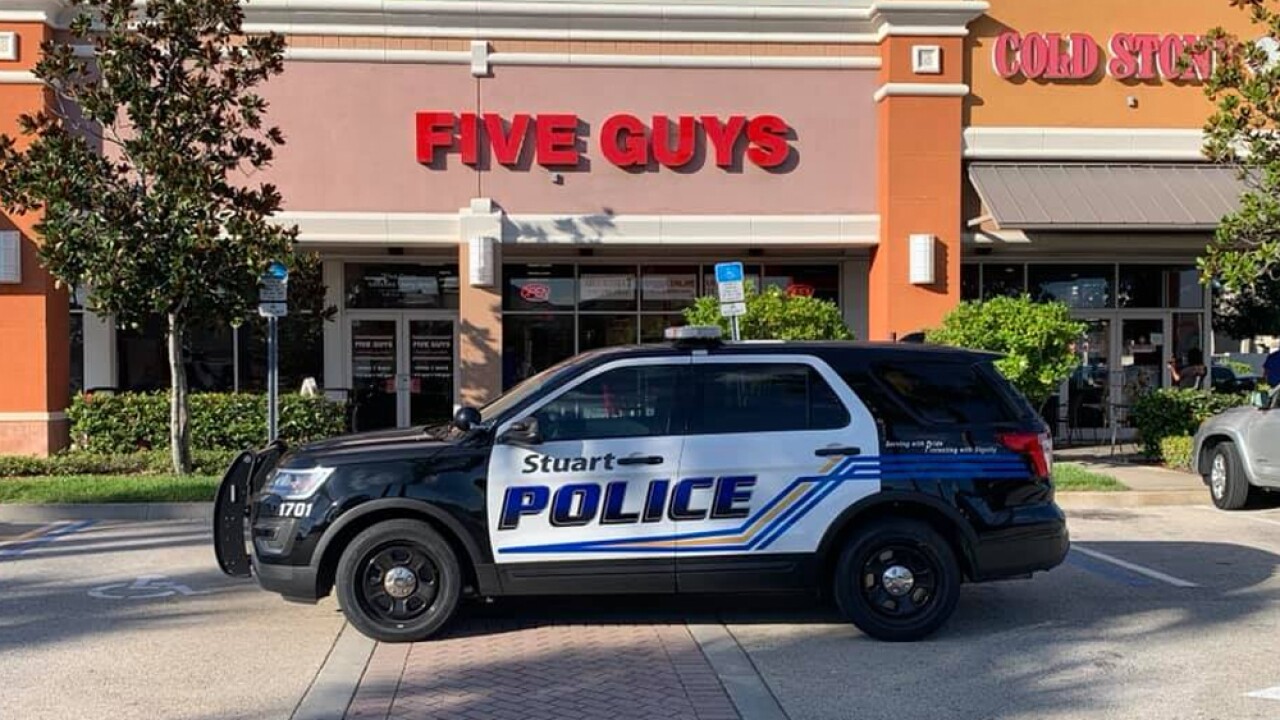 STUART, Fla. — Police in Stuart had one of those "Only in Florida" moments this week at a local fast food restaurant.

According to a Wednesday post on the Stuart Police Department Facebook page, officers received a report of a fist fight inside a Five Guys Burgers and Fries.

Police asked, "Can you guess how many guys were arrested at this location?"

As you probably figured out yes, it was five guys that were involved in the fight at the Five Guys. Police said all five of the guys, three juveniles and two adults, were charged with affray and processed at the Martin County Jail.

Office said the cause of the fight is unknown.