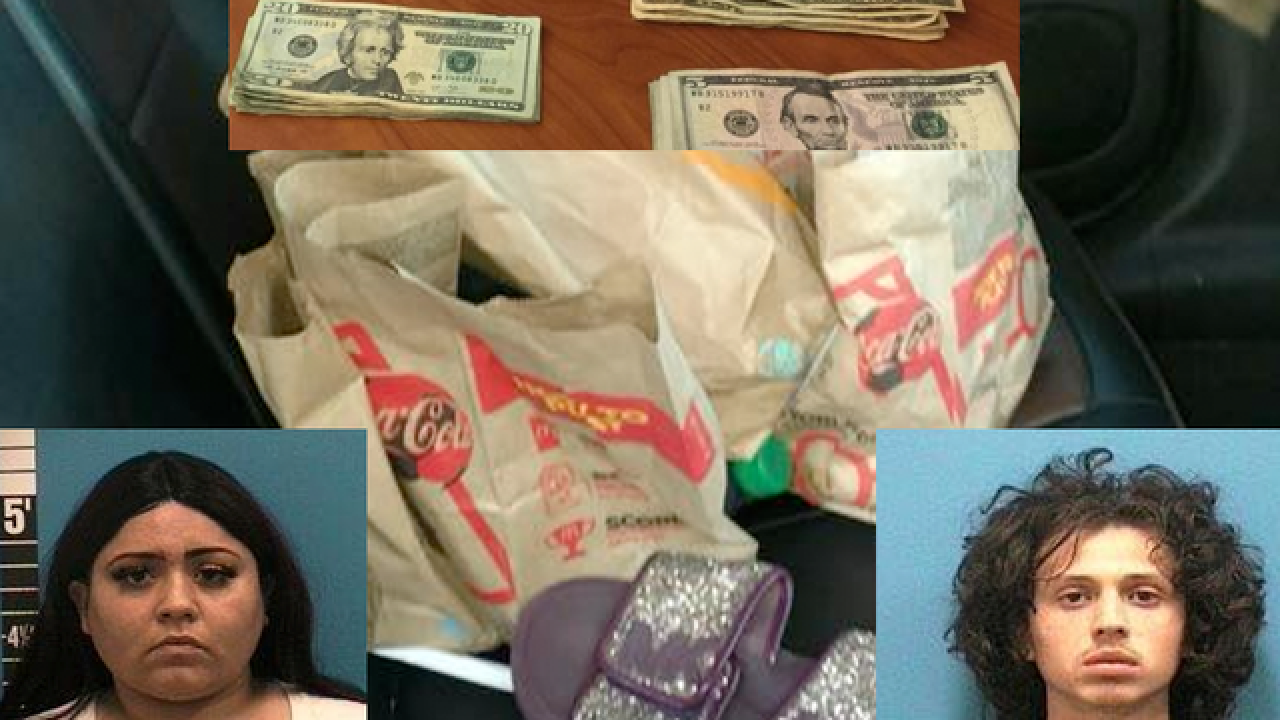 An apparent penchant for fast food turned into a recipe for arrest after the Martin County Sheriff's Office said deputies stopped a Broward County couple suspected of passing bogus money.

Upon further investigation, deputies said they discovered in the couple's car more than $500.00 in counterfeit twenty and fifty dollar bills, more than $1,500 in real money, two fake guns, several wigs, and a change of clothing.

Detectives said Corpus admitted visiting fast food restaurants and using the funny money to order meals and then keep the change. The sheriff's office said they used wigs to disguise themselves.

Robinson was driving the vehicle but didn't have a valid license, the sheriff's office said.

Investigators charged Corpus, who is from North Lauderdale, with three counts of uttering a forged instrument, possessing forged bills, and permitting an unauthorized operator to drive.

They charged Robinson, who is from Pompano Beach, with operating a vehicle without a license, and resisting arrest without violence.

Broward County pair arrested after going on counterfeit cash, fast food crime spree, ripping off local restaurants for thousands of dollars and a dozens of meals. Suspects use wigs to disguise themselves. See MCSO FB for details. pic.twitter.com/6oQt1w5A9E