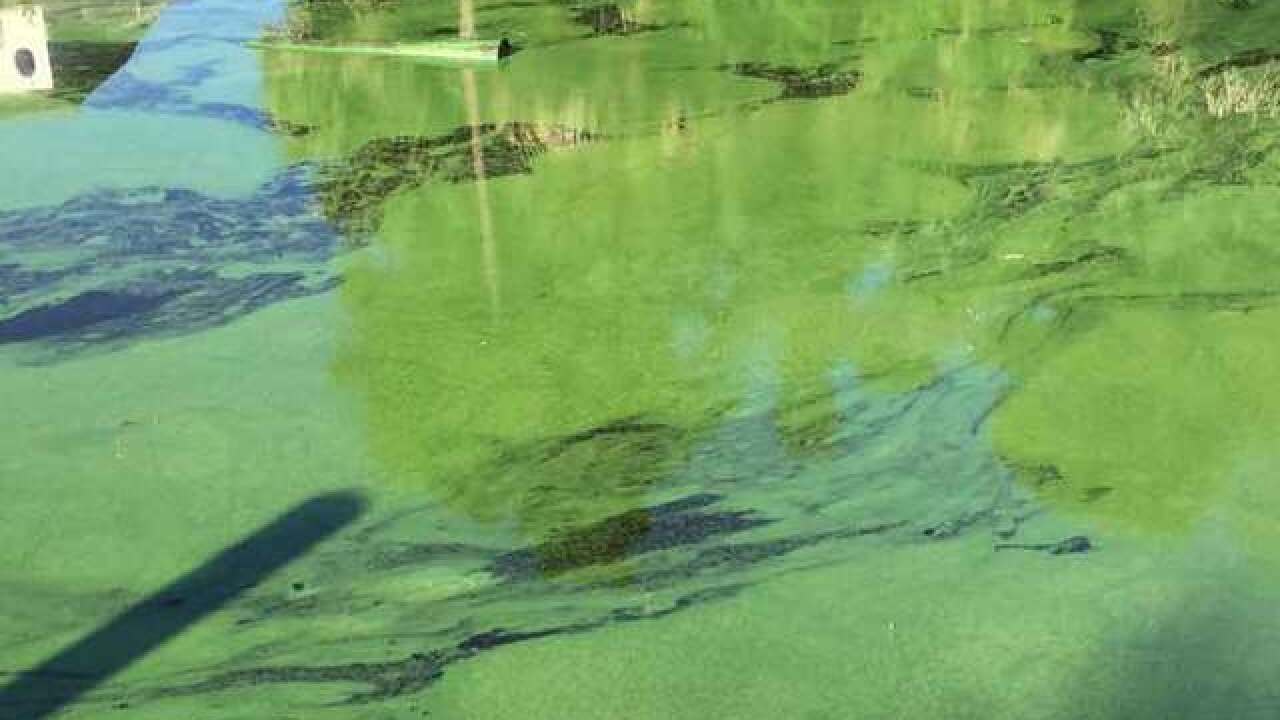 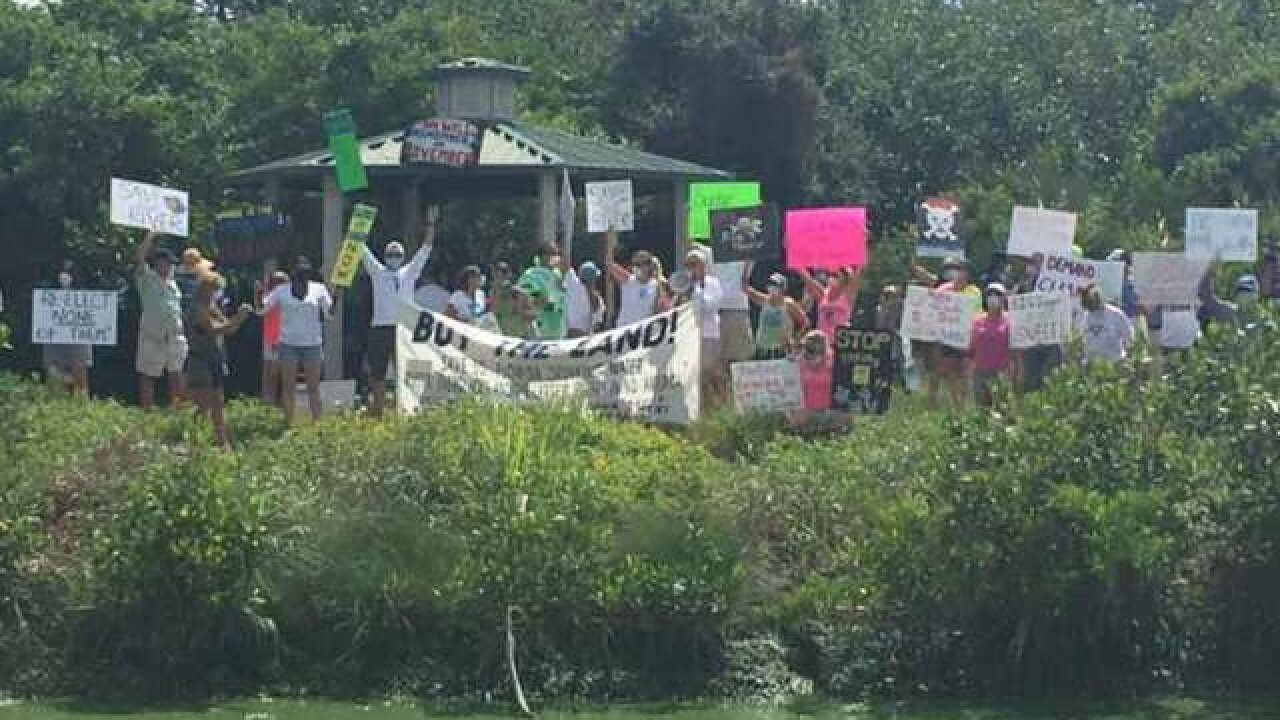 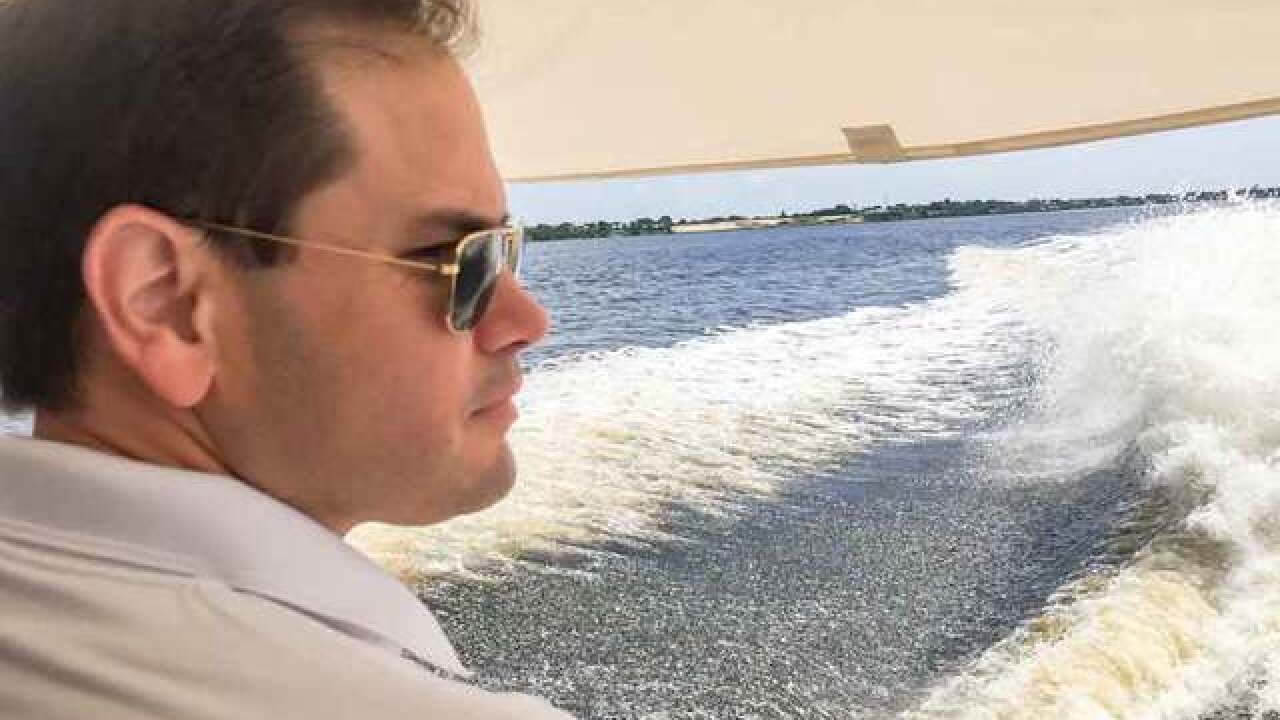 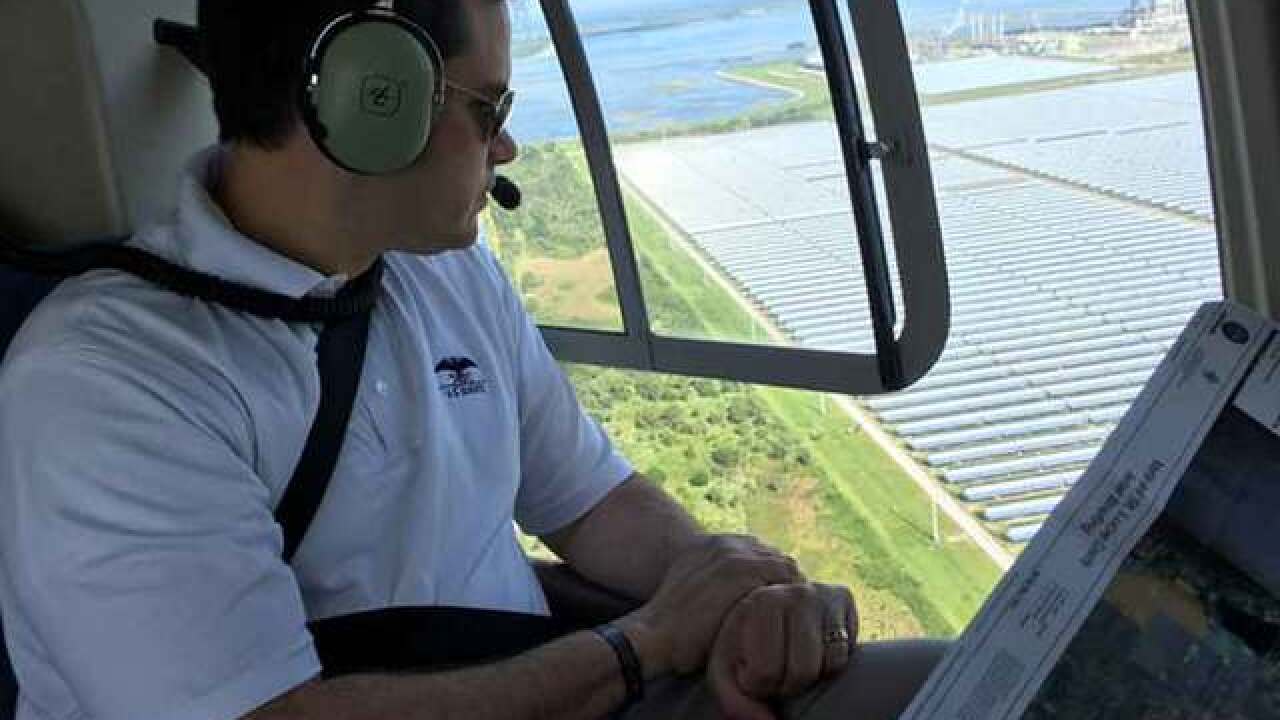 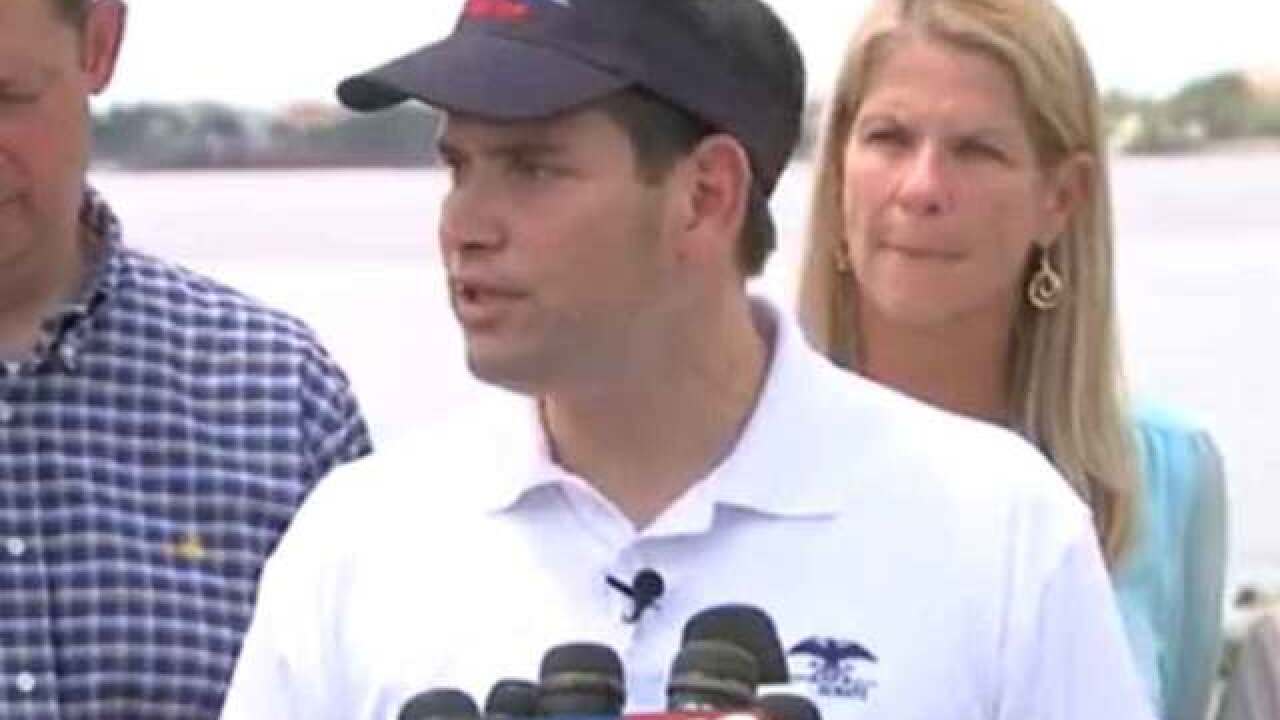 Rubio flew over the St. Lucie Lock and Dam where the water from Lake Okeechobee flows east into Treasure Coast waterways.

The senator also took a boat on the St. Lucie River and Inlet and is looking at beaches where the algae is washing up.

At a noon news conference, Rubio spoke about the long-lasting impact of what is occurring.

"This is beyond an ecological disaster. It’s an economic disaster with long-term implications," said Rubio. “If I believed the sugar industry was the only contributor to this, we’d do everything we could. They’re not the only ones.”

Rubio issued a four-point "immediate" solution to the problem:

Rubio went on to say what is happening is unique in U.S. history.

"I don't know if there is a precedent for this situation anywhere in the country, that's ever been faced of this magnitude when it comes to an algae bloom," said the senator.

Protestors awaiting @marcorubio as he takes a boat tour of algae-plagued waters. Live press conference once he docks pic.twitter.com/tH3kLUfpVu

The Army Corps of Engineers announced they are reducing the amount of water coming from Lake Okeechobee starting Friday morning.