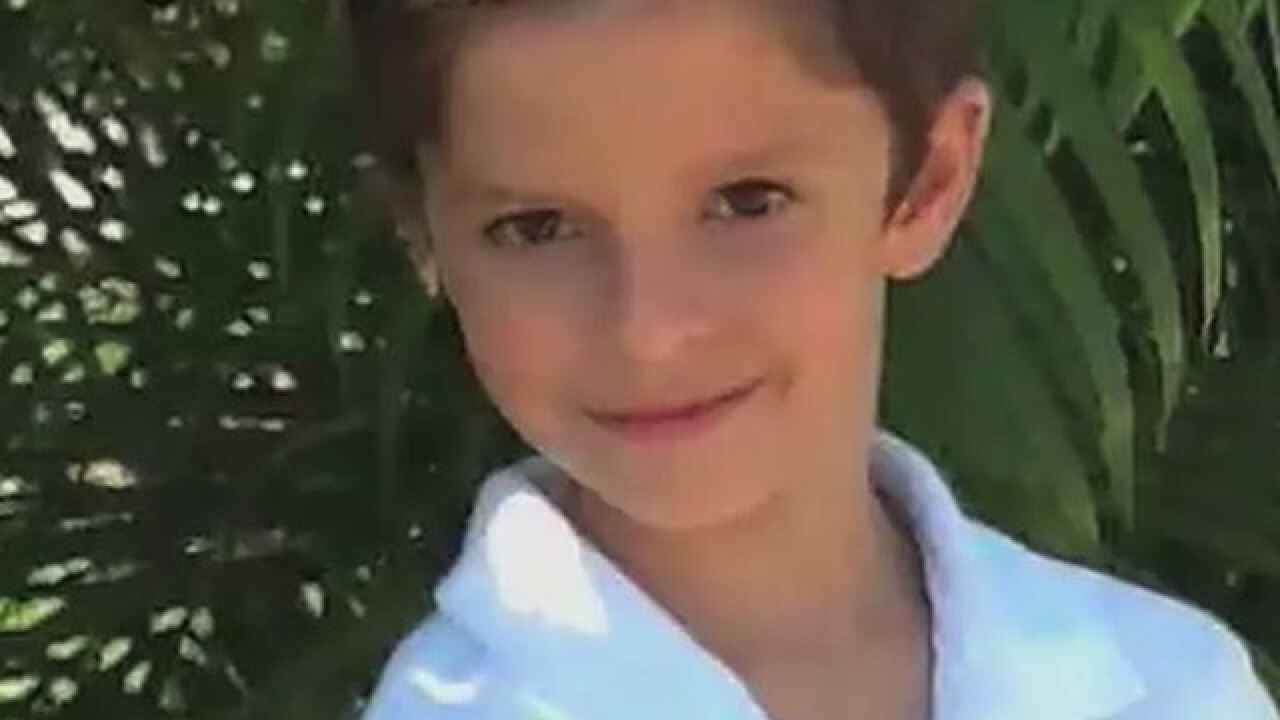 UPDATE: A judge sentenced the fumigators in connection with the poisoning of Peyton McCaughey Thursday morning.

Grenale Williams and Canarie Deon Currie from Sunland Pest control were sentenced to 1 year in prison and 1 year supervised probation.

Just before sentencing both asked for leniency from the judge. The wife of Williams said, he is an awesome father, "I feel things just happened all of a sudden for this child. We pray every morning for his speedy recovery. He cries every night and every morning for this little boy."

The judge said the plea agreement is the only reason the men received a year sentence. He said if the pair had gone to trial and been convicted they would have faced a great deal more than a year in prison.

The poisoning of a 10-year-old Treasure Coast boy from a fumigation was supposed to change the pest control business. But has anything been improved?

The fumigators in the poisoning of Peyton McCaughey will learn their punishment in federal court Thursday morning after pleading guilty.

Grenale Williams and Canarie Deon Currie from Sunland Pest control, the company sub-contracted by Terminix to do the job, face up to a year in prison.

Despite all the noise, the Contact 5 Investigators have learned very little has actually changed.

"Do you think you'll ever have your home fumigated again?" Asked Contact 5 Investigator Jared Werksma. "No, Absolutely not" answered Carl McCaughey during an interview last November.

"There's got to be something done to where this can never happen to another family" he added.

The McCaughey family had hoped non-toxic alternatives to sulfuryl fluoride, the deadly gas that poisoned their son Peyton, would catch on.

However, records from Florida's Department of Agriculture show fumigations have skyrocketed since 2011.

The 2015 figure is for fumigations through October. the Florida Department of Agriculture says 36,049 fumigations have been scheduled since then. That averages just over 6,000 fumigations per month.

"Do you think that it is sustainable for us to keep doing fumigations at the the rate that we're doing them in Florida?" asked Werksma.

Louda says he recently discovered just how harmful sulfuryl fluoride is to our environment.

"My wife is on the other end of the house going what are you yelling at?" Louda explained.

"I said well I'm checking and rechecking these numbers and I can't believe it," he added.

Louda says even if only 10 percent of the sulfuryl fluoride used to fumigate one average-sized home goes into the atmosphere, it does more damage to the environment than if you used thermal pest control on every single house in Florida.

Yet, the inspector general's 78-page report only gives a few lines at the bottom of one page on alternative pest control (Below):

ALTERNATIVE NON-FUMIGANT PEST CONTROL TREATMENT
The division has an online brochure that provides general information to the public regarding
alternative methods to structural fumigation. (See Appendix D for copy of brochure). The
following are types listed:

Because of an ongoing civil case the McCaughey family couldn't comment on this story. They said Peyton is still in daily therapy and has recently returned to school part-time.