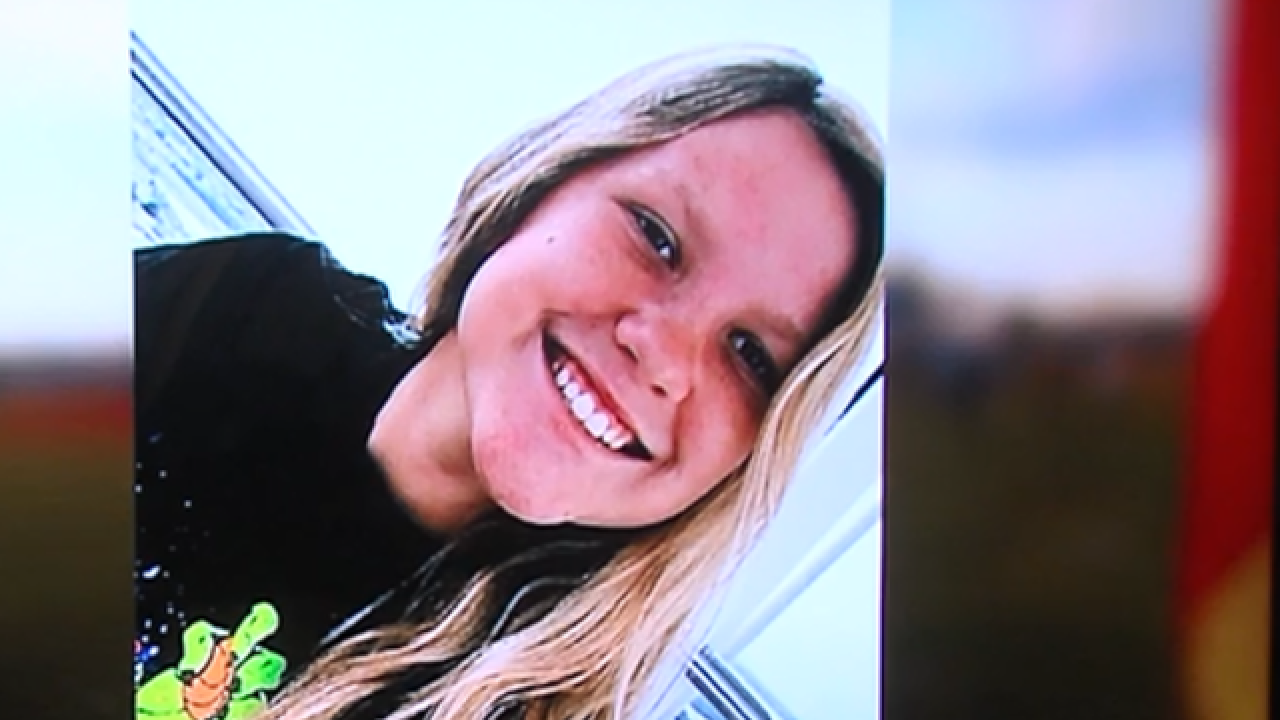 Layne Chesney is everywhere. On the back of shirts, temporarily tattooed on players’ arms. And hopefully a championship in her honor.

“1, 2, 3...LAYNE!” the Jensen Beach Wildcats cheered as they took the field at Pineapple Park, trying to defend their Babe Ruth World Series Championship.

She has her grandfather’s arm, too.

“I would like to think so,” said Tony Wirz, who threw out the ceremonial first pitch. A hard strike.

The tournament has new meaning, after their shortstop and cleanup hitter badly burned herself around New Year’s. She’s been healing at a Miami hospital this entire year. About 95 percent of her body was burned after the gas can she was holding near a fire exploded.

“She’s doing very well, she's eating like a pig. It’s unbelievable how much food she ate today,” Tony said with a smile.

Her teammates and coach know what they’re missing, a friend,  a teammate.

“She always brought the energy with her. She was always like a ray of sunshine, always make her laugh,” said teammate Makenna Harris, 16.

“She was very positive and outgoing and making everyone laugh,” said another teammate Abby Easlick, 17.

“It’s very hard to replace a player like that. So instead of replacing her, we just include her in everything that we do,” said their head coach,” Mike Cusimano.

Layne watches the livestream, so she doesn’t miss the action.

The Wildcats set out to be the last team standing for the second season in a row. Layne is right there with them.

“This season was going to be for Layne,” Mike said about that preseason goals.