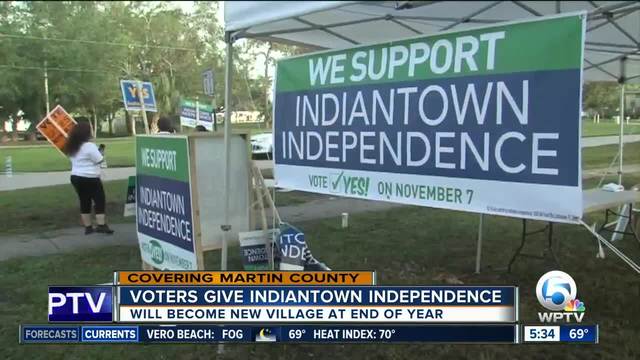 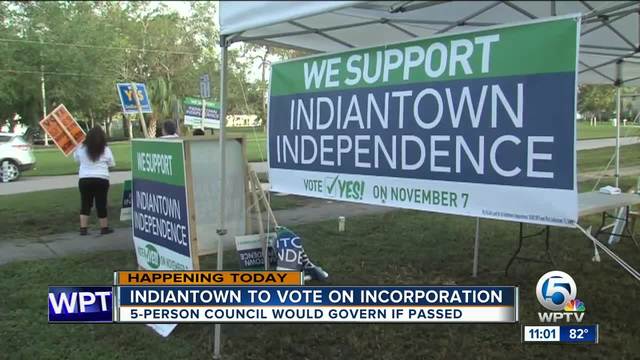 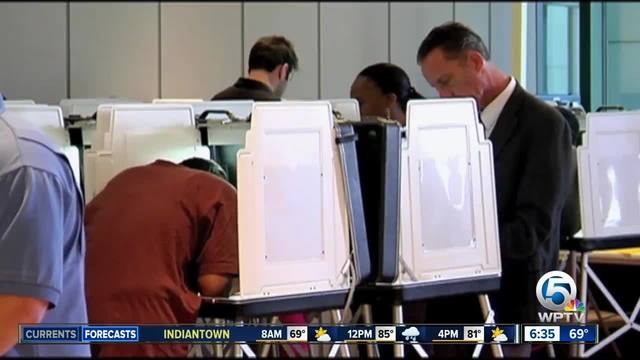 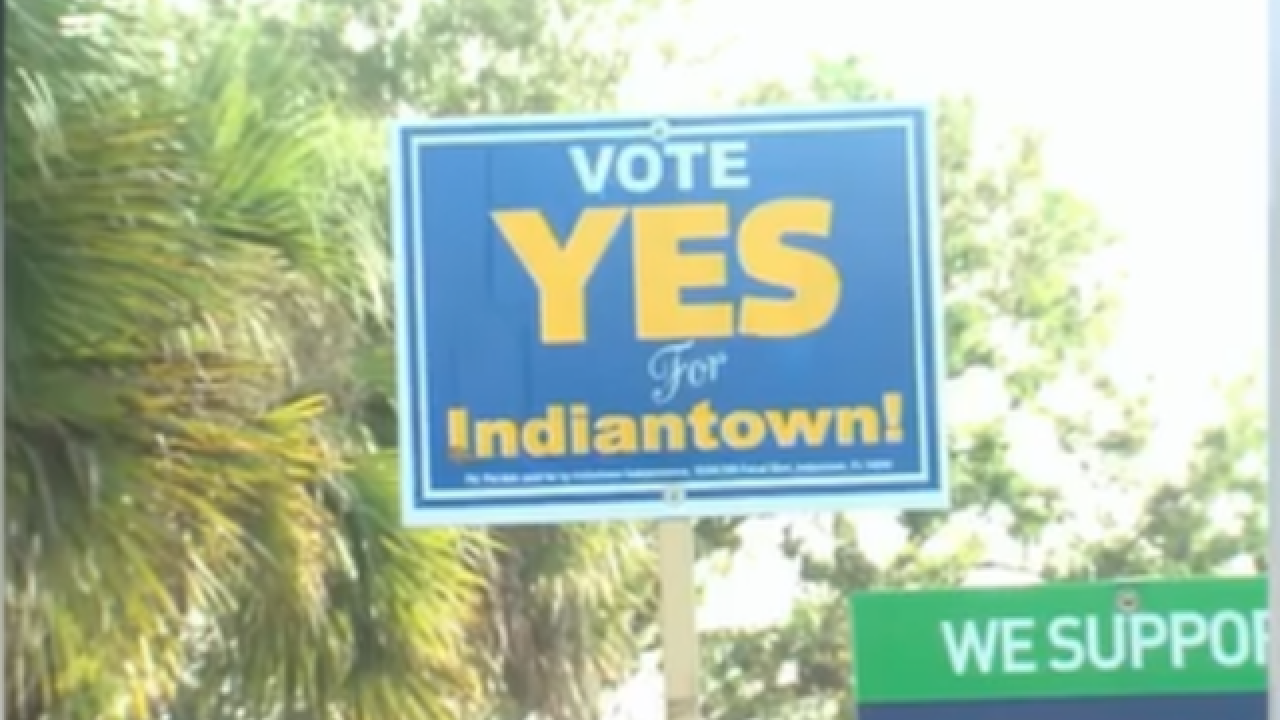 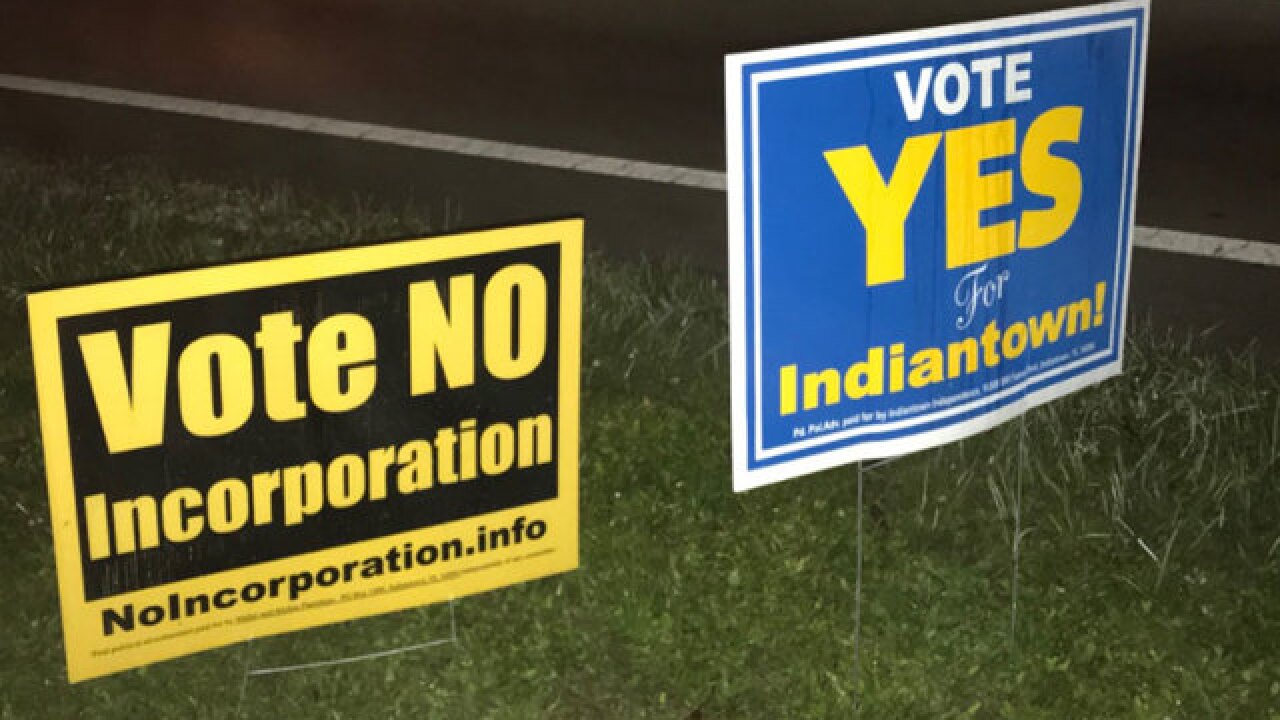 UPDATE: Indiantown will become its own village.

The village will officially be established on Dec. 31, but no government functions will take place until council members are elected on March 13.

The last community to incorporate in Martin County was "Ocean Breeze" in 1960.

Indiantown residents will head to the polls Tuesday to decide whether or not to become an incorporated village.

If passed, a five-person council would be elected to govern Indiantown.

The village would be established Dec. 31 and it would give the area independence from the decisions now made by the county commissioners.

In March, commissioners voted 3-1 to send the village charter to Tallahassee. Since both chambers and the governor have signed on, it is now up to the voters.

Supporters say "government closest to the people is best for the people." They also favor the control they’ll have over zoning, roads and their parks.

The opposition is questioning where all the money will come to support the council’s decisions. They also worry new development could take away from the area’s charm.

Close to 1,200 people voted early or by mail, but those numbers also include votes casts in Stuart. Stuart voters are deciding on three items.