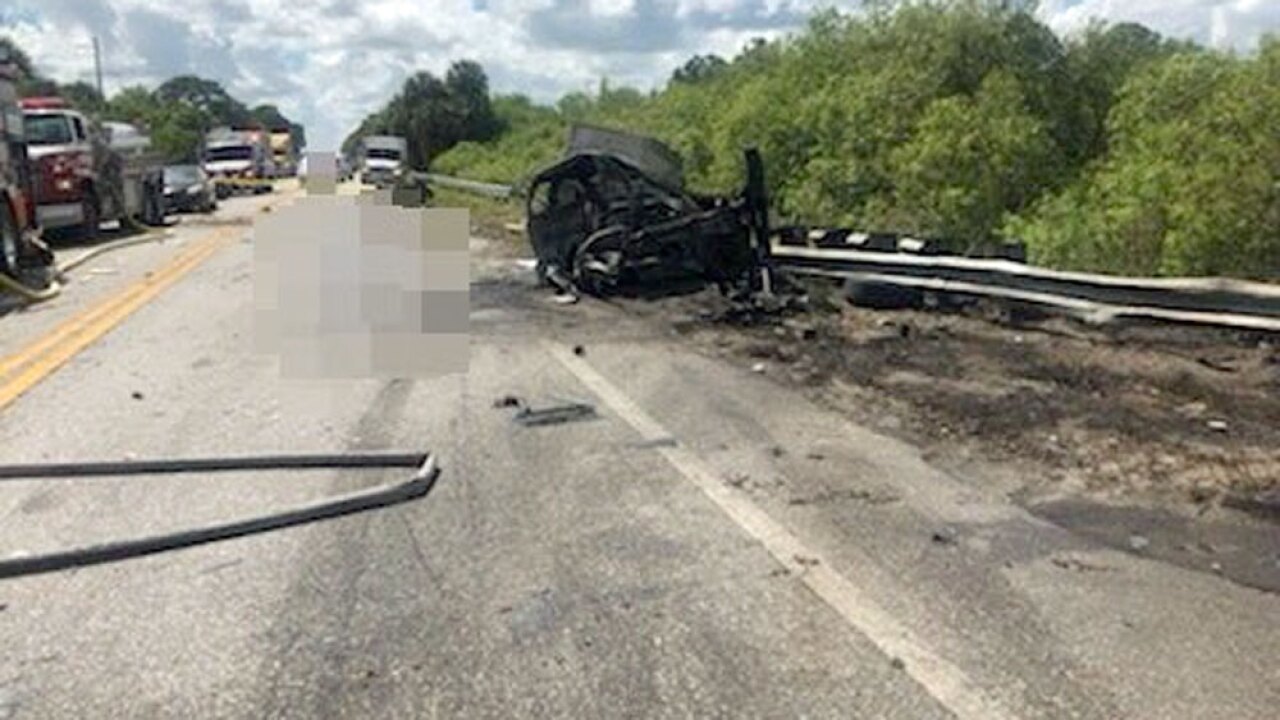 The Florida Highway Patrol is investigating a deadly multi-vehicle crash in Martin County.

It happened near the intersection of SW Tommy Clements St and SW Warfield Blvd. in Indiantown around 10:30 Tuesday morning.

The driver of a Dodge Dakota was heading north on Warfield Blvd. when a semi traveling behind struck it as it began slowing near Tommy Clements Street, FHP said.

The impact forced the pickup to rotate in front of a southbound semi which struck the truck's right rear and caused the driver to be ejected, a traffic investigator said. The driver of the Dakota died as a result of injuries and has not yet been identified.

A photo posted by the Martin County Sheriff's Office shows what appears to be the crumpled pickup resting against a guardrail.

The drivers of the semis were not injured.