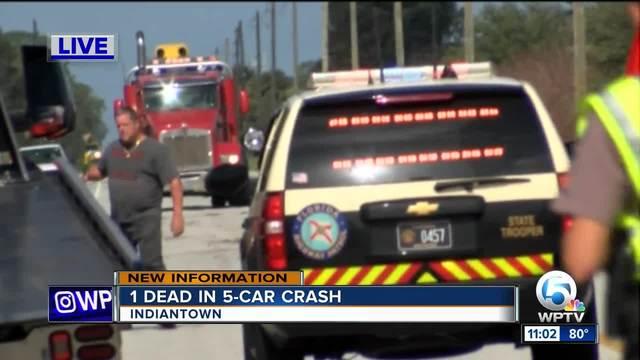 A westbound milk truck hit four other vehicles on the Beeline Highway in Martin County, killing one person and injuring others. 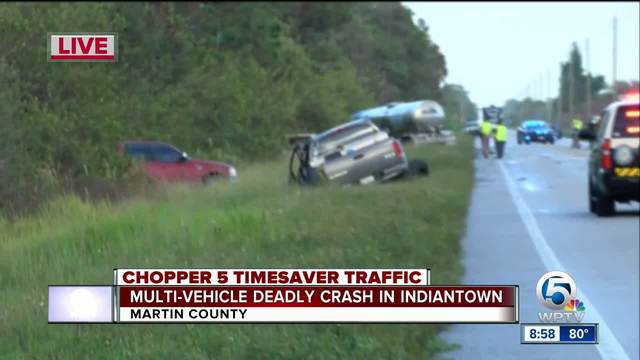 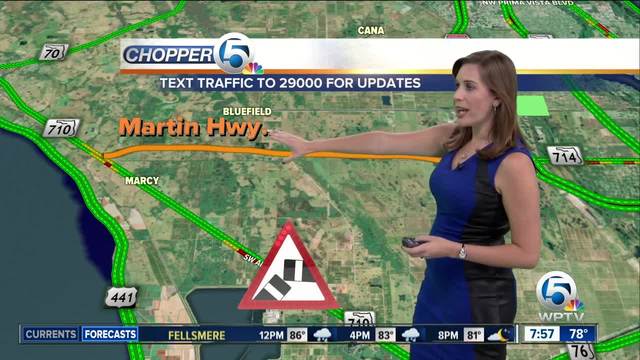 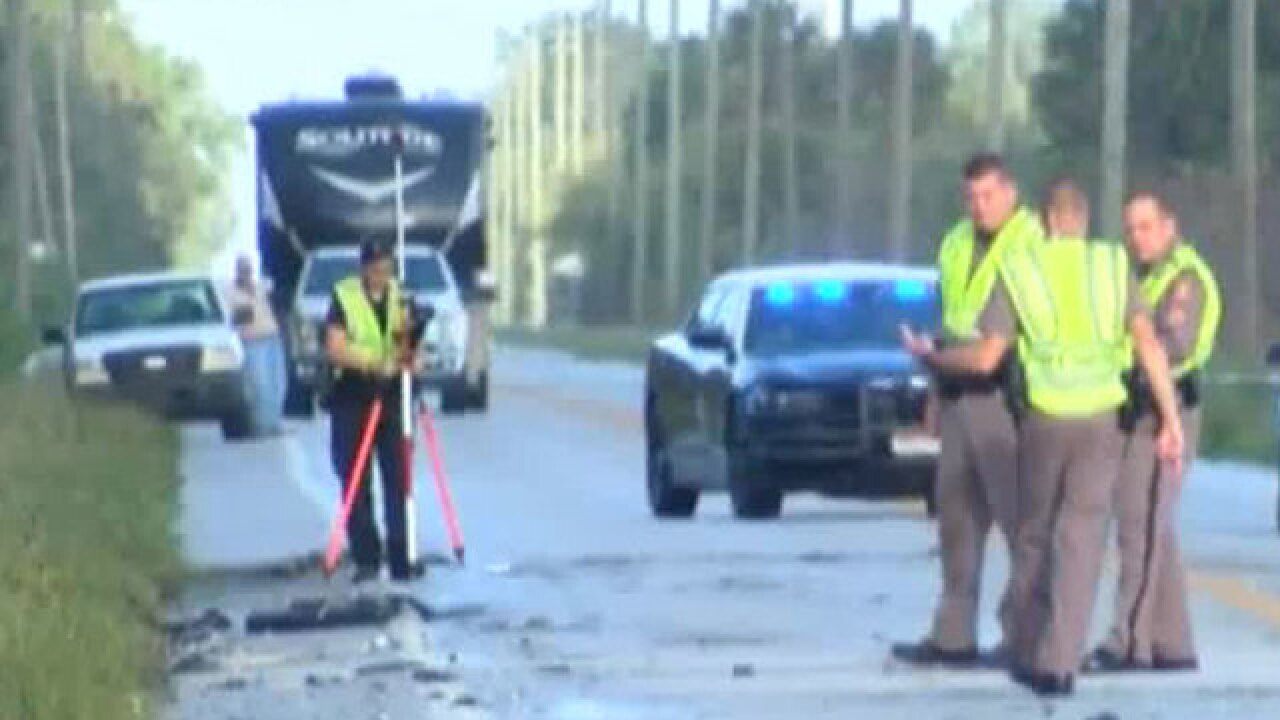 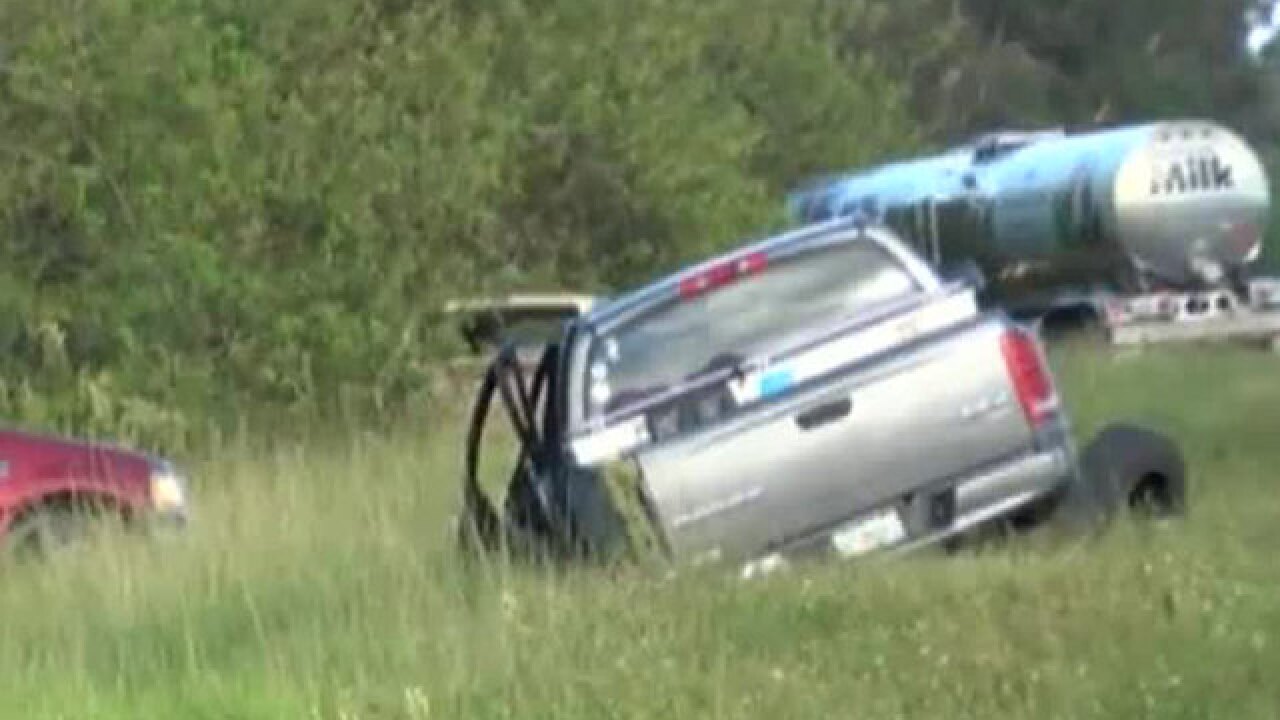 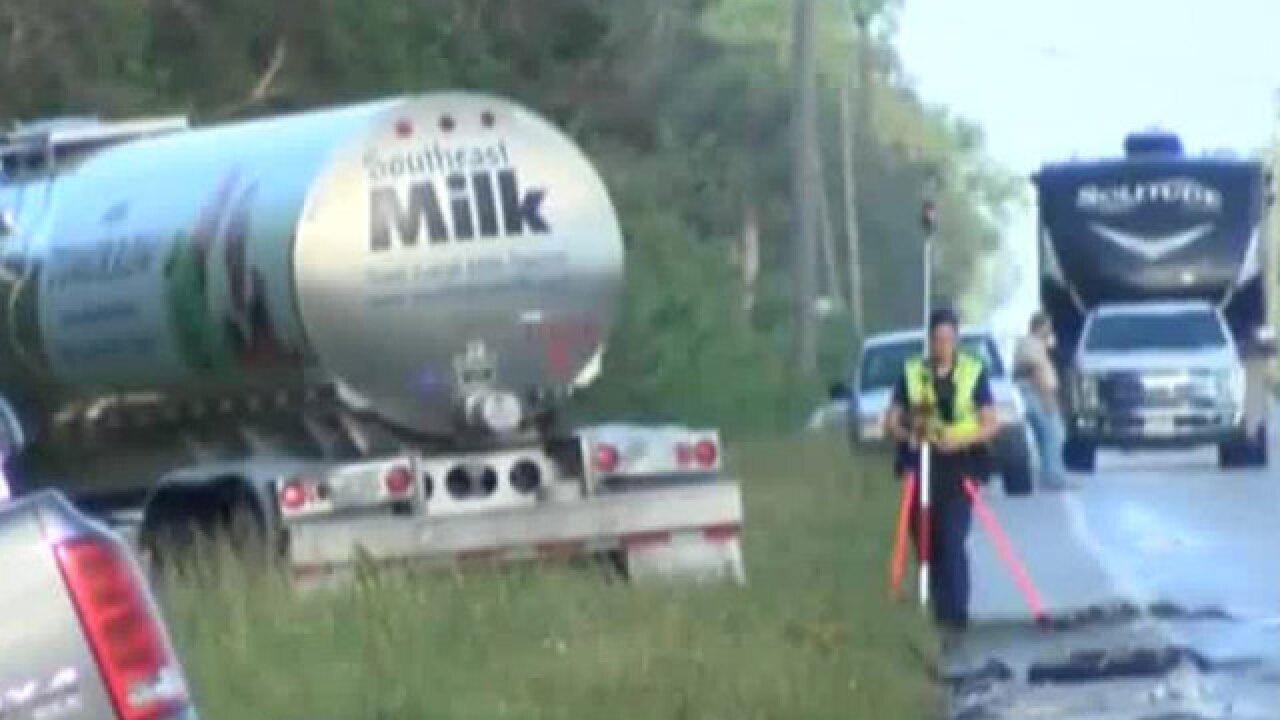 The wreck occurred west of Amarylis Avenue in Martin County around 6:45 a.m., closing all lanes in both directions.

FHP Sgt. Raymond Stuhr said the truck crossed the center line in the path of four vehicles, striking the left front of each vehicle before it veered off the road.

A person in a tan, older-model GMC pickup truck was killed in the wreck. The Florida Highway Patrol identified him as Erik Lee Harris, 46, of Keystone Heights, Florida.

Three other people were injured in the crash and taken to local hospitals with minor injuries, according to FHP Sgt. Mark Wysocky.

The semi driver, from Okeechobee, was not hurt. Charges are pending in the crash.  The truck, which was painted with a Southeast Milk label on the back, was empty at the time of the wreck.

Traffic was rerouted to Fox Brown Road and Martin Highway. State Road 710 was reopened at 12:30 p.m.

The Martin County Sheriff's Office had earlier said that eight vehicles were involved in the wreck.