No evidence of crime as search for mom continues 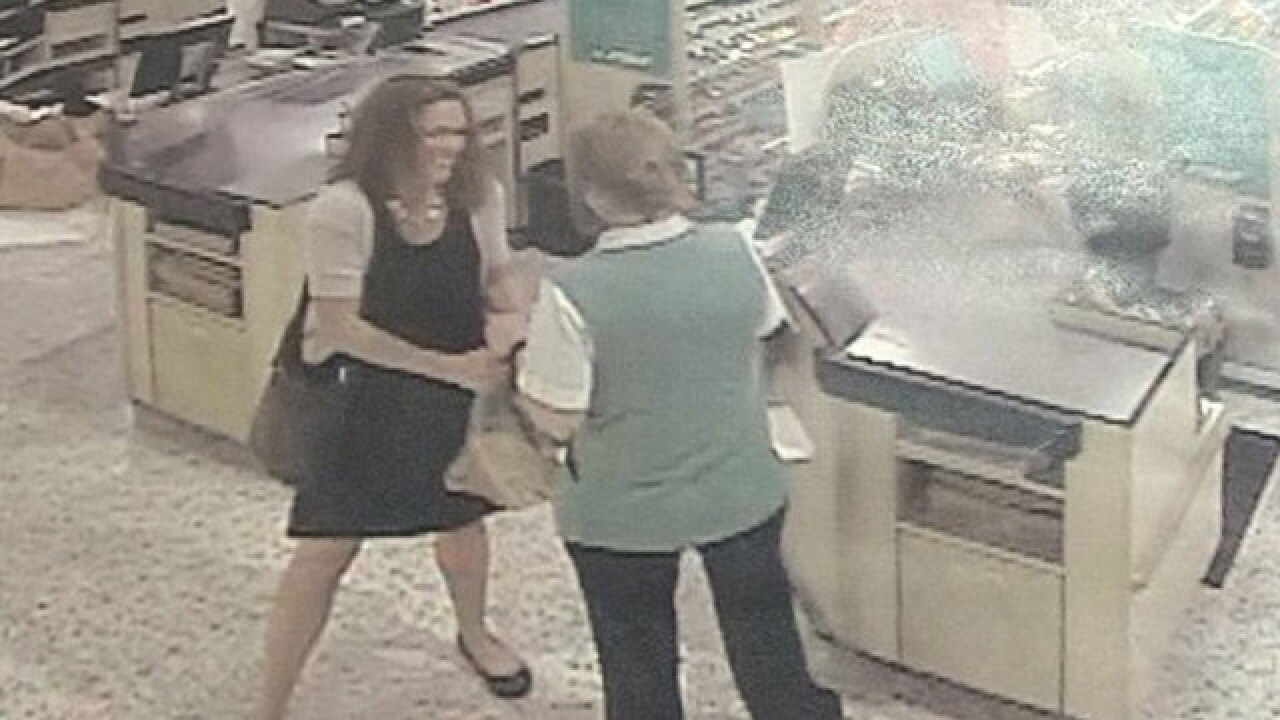 At sunset, volunteers searched the median of US 1.

“Looking for a wallet, a necklace with some shells on it," says Elizabeth Holland, brushing aside garbage with her sneaker.

Holland is one of three women who walk right past a sign alerting motorists to a missing woman, Tricia Todd, last pictured Tuesday night at Publix on Bridge Road.

“From one mother to another, I just felt bad and I wanted to do everything I could to find her and bring her home," said Holland.

Martin County Sheriff William Snyder says so far there is no sign of a crime even after they have done extensive forensics work, and dove into Todd’s social media world.

“Surmised that she was having some kind of emotional angst within herself. I guess that’s the best way to describe it," said Sheriff Snyder.

The Sheriff says there was a report of domestic violence from South Carolina involving Todd and her ex-husband two years ago, but no arrest.

“I saw him in the backyard asking around on a cell phone.  Very nice, well dressed," said Bob Mock of Hobe Sound, who lives next door to where the ex-husband had rented a room for a few days in the Poinciana Gardens neighborhood.  Detectives plan to head to North Carolina to re-interview the ex-husband this week, but say he is not considered a suspect.

“At first it was like it’s not even real.  But the longer it’s been going on, the more I’ve been able to give it to God," said brother Nathan Todd.

Todd said he and Tricia share a birthday 11 years apart, and he hopes to celebrate many more with her.  For now, he’s grateful the community has rallied behind their family.

A new photo has been released of missing Martin County mother Tricia Todd.

It was taken at a Publix on Tuesday night April 26 and tweeted by the Martin County Sheriff’s Office.

Investigators say it is the last known photo of Todd before she disappeared.

Martin County Sheriff William Snyder said investigators have not found any signs of a crime in connection with the case. But he said Todd's phone and wallet are gone.

The sheriff's office has received tips from as far away as California and sightings but they have not led to any significant information.

The Snyder also indicated that there was a previous report of a domestic violence incident between Tricia and her ex-husband, but said there were no arrests in that case. While her ex-husband was the last to report seeing her before she disappeared, investigators say he has cooperated fully with the investigation.

Sheriff Snyder also indicated that Tricia might have been going through some emotional issues based on some of her social media activity.

Court records indicate Tricia's mother will be in court Tuesday morning to ask a judge for temporary custody of Tricia's daughter.

A prayer vigil was held for Todd Sunday night in Hobe Sound.

Todd was reported missing Wednesday after she didn’t show up to pick up her child that morning.

Authorities and volunteers have been searching on the ground and in the air.

.@MartinFLSheriff says at this point no indication of any crime in #triciatodd disappearance. @WPTV pic.twitter.com/ALSConjPcR

MCSO Command Post will remain in place on US1/Bridge Rd until further notice, as tips continue to come in. pic.twitter.com/F9qTGvprJe