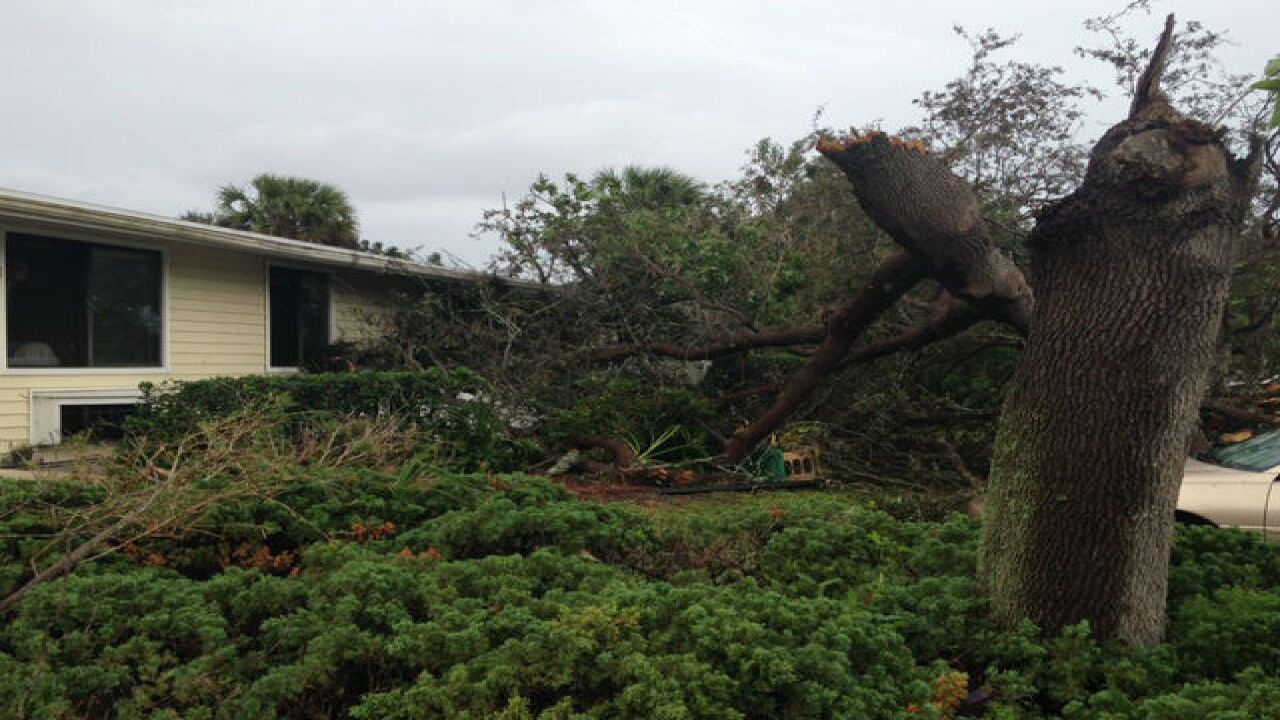 Neighbors in several Hobe Sound communities are cleaning up the damage from what they believe was caused by a tornado.

Sunday morning at around 7 a.m. several described hearing the "frieght train noise" people commonly use to describe the sound of a tornado.

The National Weather Service is expected to be out to assess the damage and determine if in fact it was a tornado.

Click here to view more photos sent from our viewers during today's storm.

Bucket trucks out working to restore power. This is in Hobe Sound @WPTV pic.twitter.com/EO9ZmwiOw3