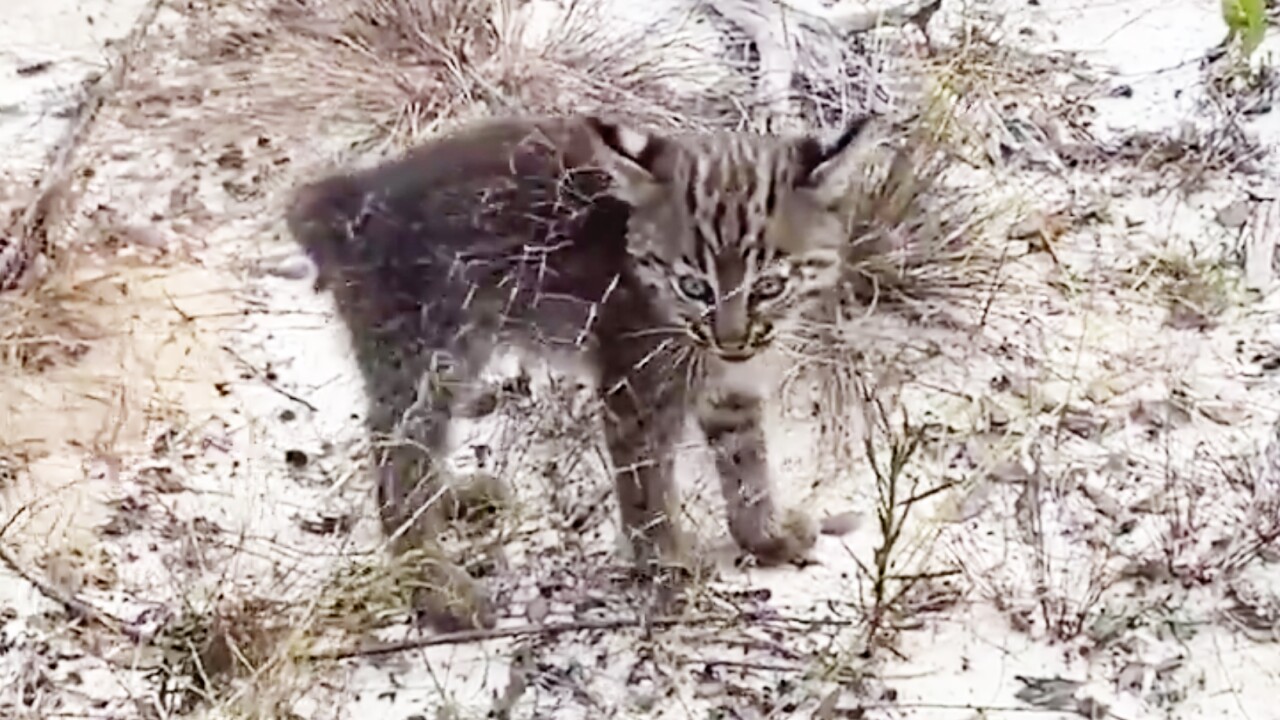 HOBE SOUND, Fla. — A biologist captured a rare glimpse of a bobcat kitten on video in Jonathan Dickinson State Park.

Bobcat kittens tend to shelter in isolated dens, but one brave soul ventured out.

The biologist was able to take video of the kitten as he explored his surroundings.

#WildlifeWednesday Bobcat young tend to keep shelter in isolated dens as babies. It’s rare to see them outside of the den. Don’t worry, though! Mom was not far away when this kitten was spotted (with a sibiling nearby) by a park biologist at Jonathan Dickinson State Park. pic.twitter.com/tshABh5URr

The park said not to worry about the kitten. His mom and sibling were not far away.