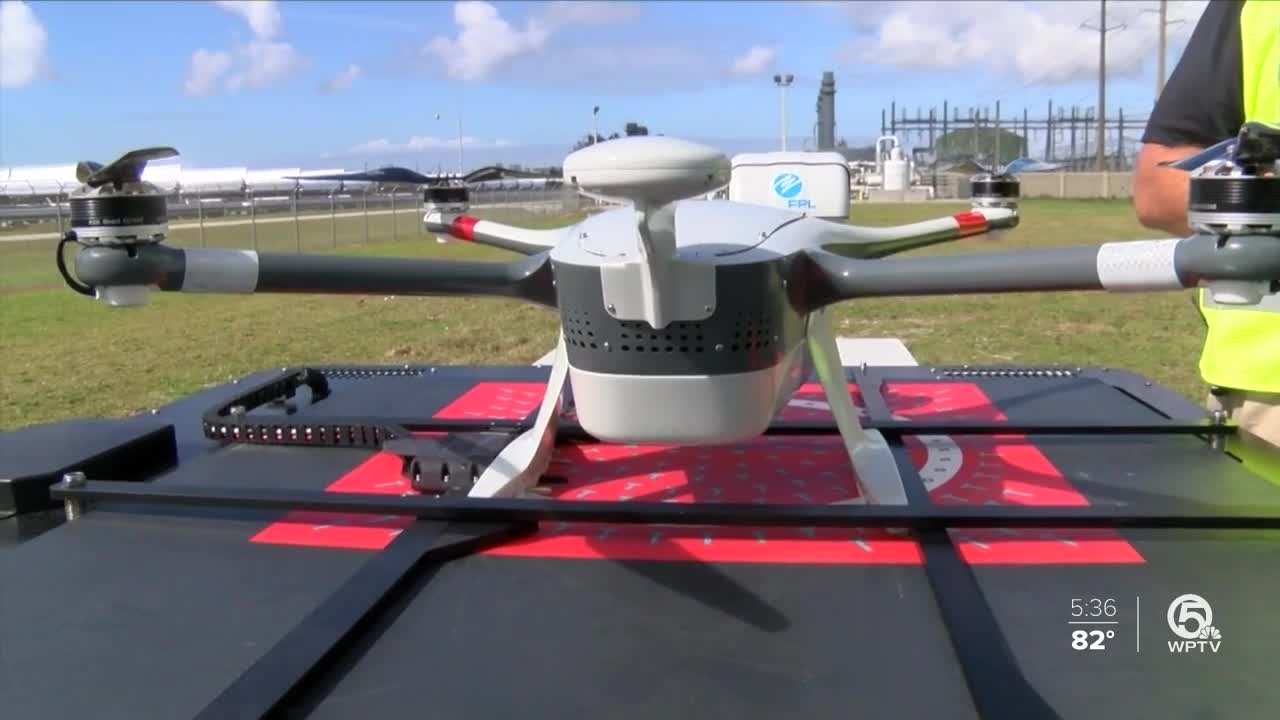 Florida Power and Light is taking to the skies to provide more reliable service as it gears up for another storm season. 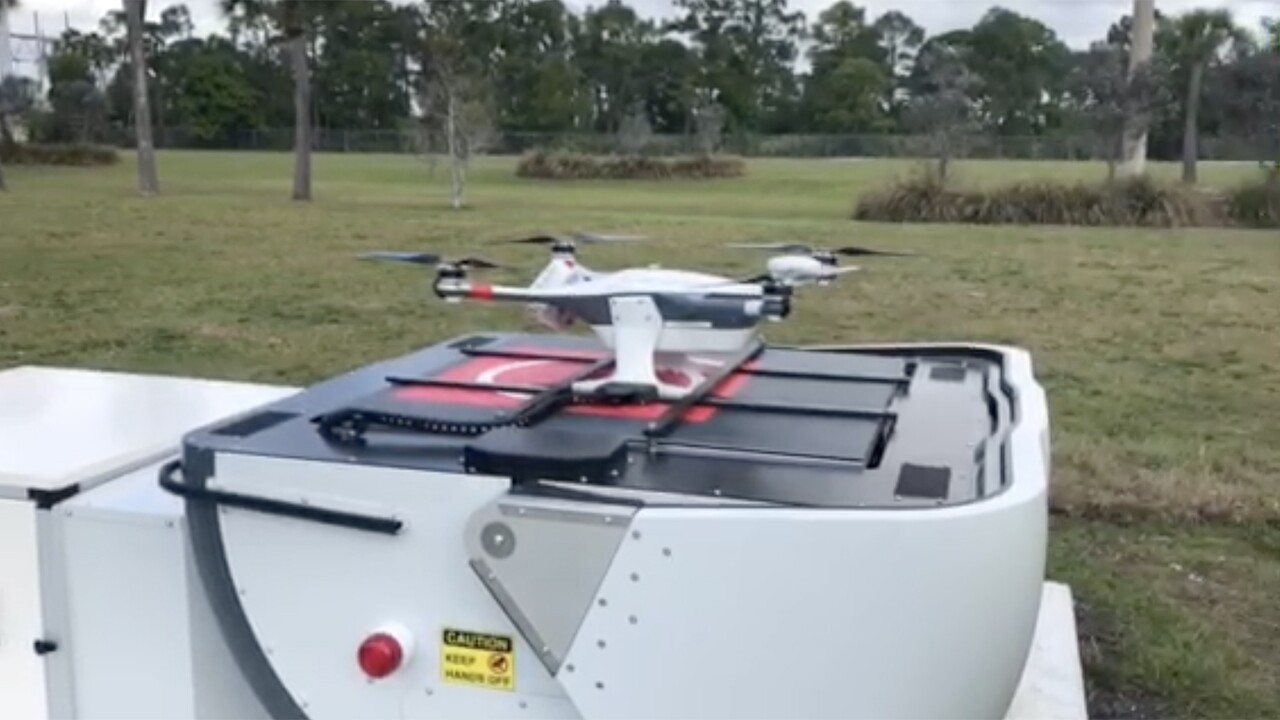 MARTIN COUNTY, Fla. — Florida Power and Light is taking to the skies in an effort to provide more reliable service as it gears up for another storm season.

"To increase our reliability and to keep our bills as low as possible," said Eric Schwartz of FPL>

The power company has been using drones for some time, but these drones in a box are online 24/7, ready to fly at a moment's notice.

"We’re able to quickly deploy this instead of charging batteries, getting all our gear, traveling to a site. This is already here," said Michael Dorr, a senior drone pilot for FPL.

The flights are preprogrammed over the plant's 11,000 acres. The drone doesn’t fly below 130 feet to avoid power poles and other obstructions.

The FAA has given the utility company a waiver to fly the drones two miles beyond their visual line of sight.

"For a utility to be able to see our infrastructure in areas where we can’t get to safely and we can quickly fly over it and understand what our conditions are," said Dorr. "Safety of crews is paramount, so this gives us a bird's eye view of what’s going on with our infrastructure."

While the goal is to eventually have a drone at every single substation, by the end of the year FPL plans to have two more on the Treasure Coast, one in St. Lucie County and another in Vero Beach.

The drones were tested at Florida International University’s wind tunnel at speeds up to 150 miles per hour, so they can help speed up restoration after a storm by identifying what poles are down and where crews and equipment are needed sooner to get your lights back on.