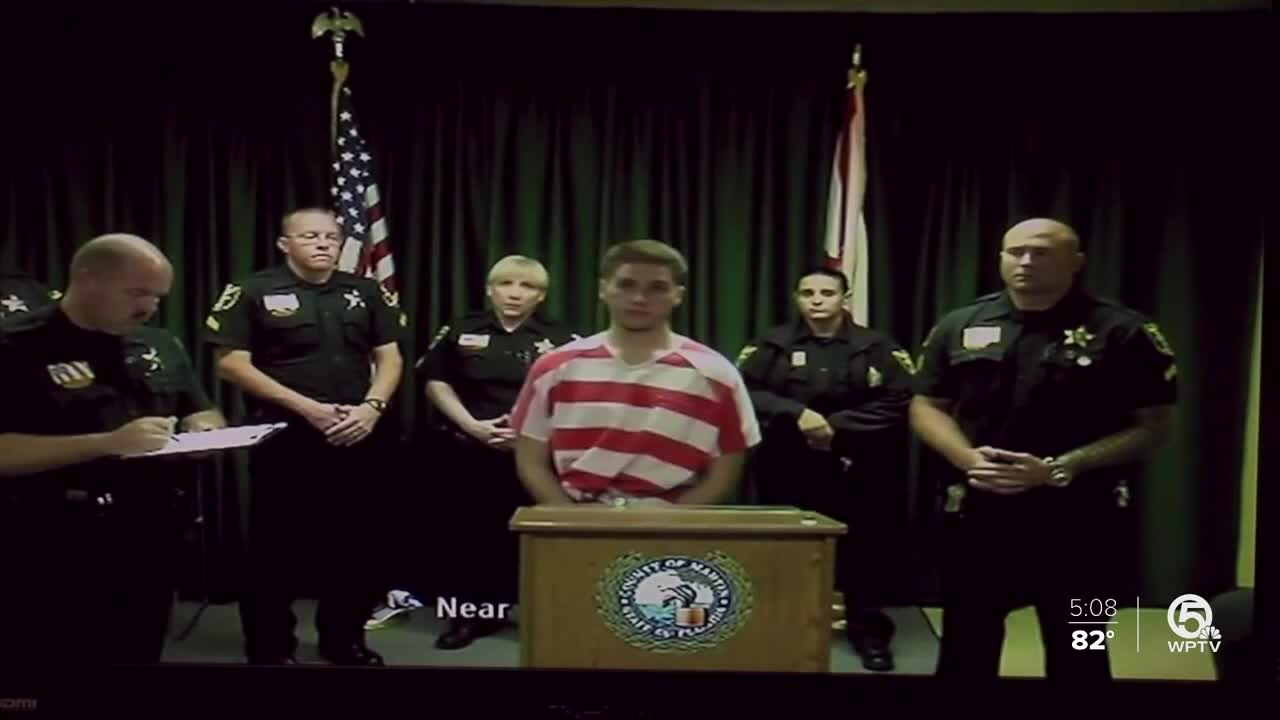 STUART, Fla. — New court documents show that a college student, charged with killing a Tequesta couple back in 2016 and biting the face of one of the victims, may have been legally insane at the time of the crime.

In his report, Dr. Landrum says Harrouff was suffering an “acute psychotic episode” when John Stevens and Michelle Mischon were killed in their Tequesta home.

Dr. Landrum also wrote that because of that, Harrouff was “unable to distinguish right from wrong.”

A drug screening done by the FBI found no illicit drugs in his system except THC.

In the report, Harrouff detailed for Dr. Landrum how he felt like he was “half dog and half-person” on the day before the attacks.

The night of the attacks, Harrouff told Dr. Landrum he remembers having a machete in his hand and stabbing before blacking out and waking up in the hospital.

Dr. Landrum concluded that if the judge determines Harrouff meets the definition of legal insanity, he should be committed to a state hospital.

The state’s report comes about a year after a forensic psychiatrist for the defense team made similar findings.

Dr. Phillip Resnick said Harrouff had a severe mental disease, namely Bipolar Disorder, and an acute manic episode with psychotic features the night of the murders.

Harrouff’s defense team plans an insanity defense. Harrouff is being treated for schizophrenia at the Martin County Jail.

There is a status hearing on this case Thursday afternoon. As of right now, the trial is still slated for May.