Winner will be announced Friday 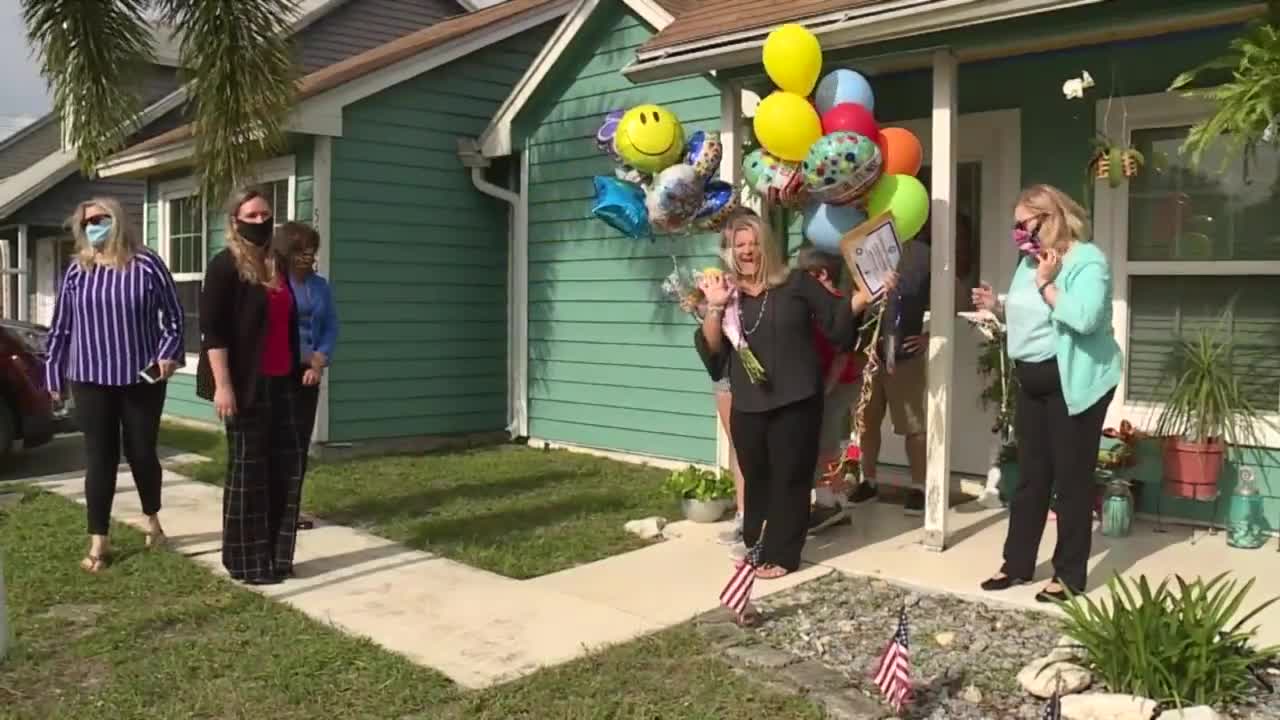 Angie Gilbride, assistant principal of Warfield Elementary school was named one of the top three finalists for the state of Florida.

INDIANTOWN, Fla. — The Martin County School District is celebrating a special honor for an assistant principal.

Angela Gilbride, the assistant principal at Warfield Elementary School in Indiantown, was named one of three finalists for Florida's Assistant Principal of the Year Award.

On Thursday, Superintendent Laurie Gaylord and other Martin County school leaders made a special visit to Gilbride's house to congratulate her on the honor.

"With the help of her leadership, they went from a "C" school to an "A" school," said Gaylord. "For her to be selected as one of the top three in the state, I think that speaks volume about the work that she has done."

"At Warfield, I actually started at age 23. It was my first teaching job as a kindergarten teacher, and I actually got to work with my mentor, who was my kindergarten teacher. She’s the whole reason I became a teacher. So, I’ve been at Warfield actually for 10 out of my 16 years in education -- both as a teacher and as an assistant principal for the fourth year," said Gilbride.

The winner of the award will be named on Friday.

"This is all very surreal and very exciting," said Gilbride.