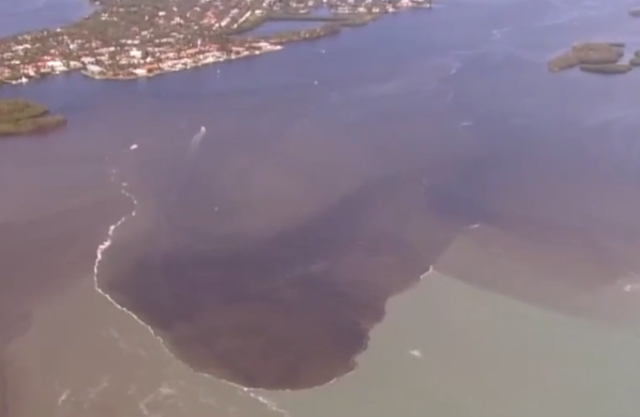 The Army Corps of Engineers says it had no choice but to release water from Lake Okeechobee into the St. Lucie Estuary in the wake of Hurricane Irma. 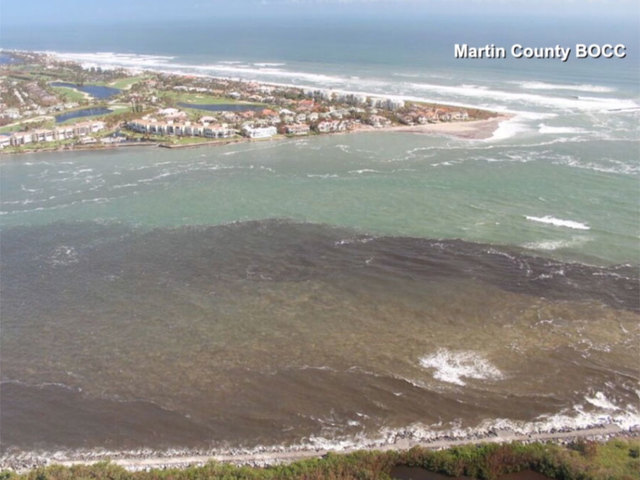 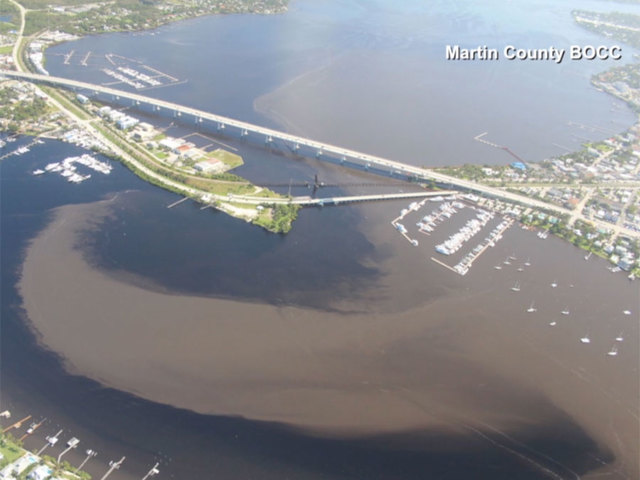 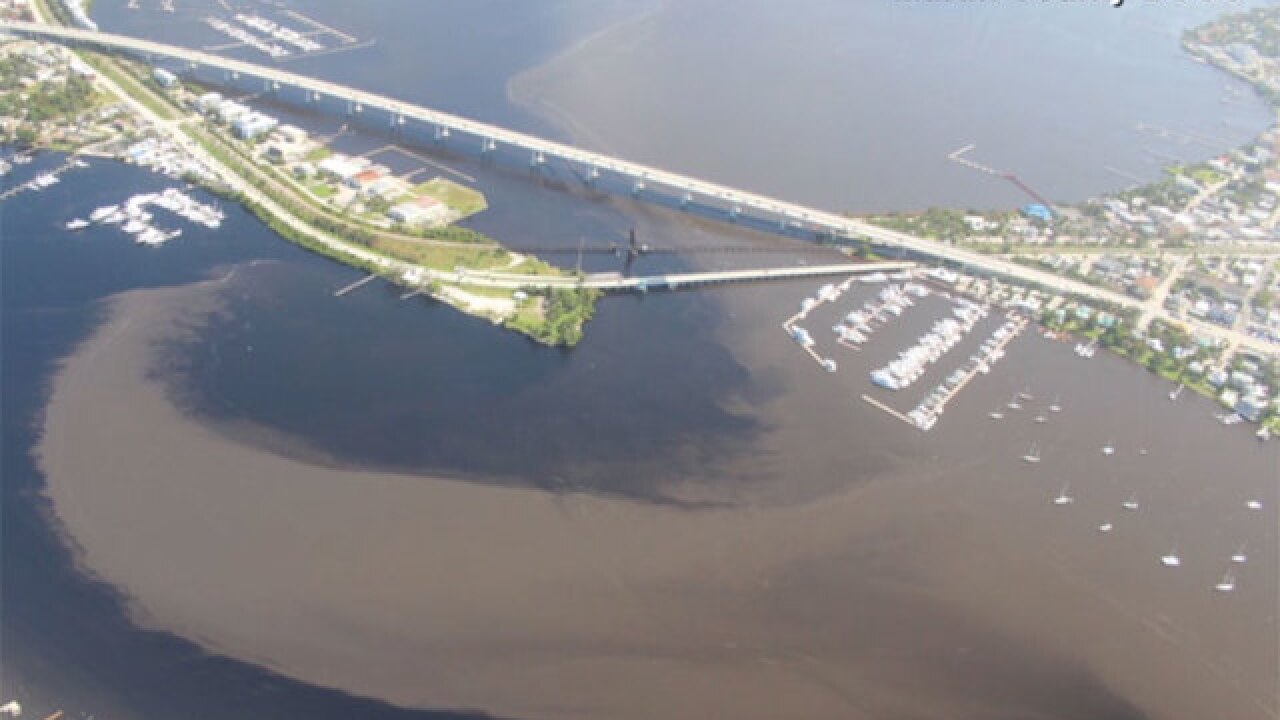 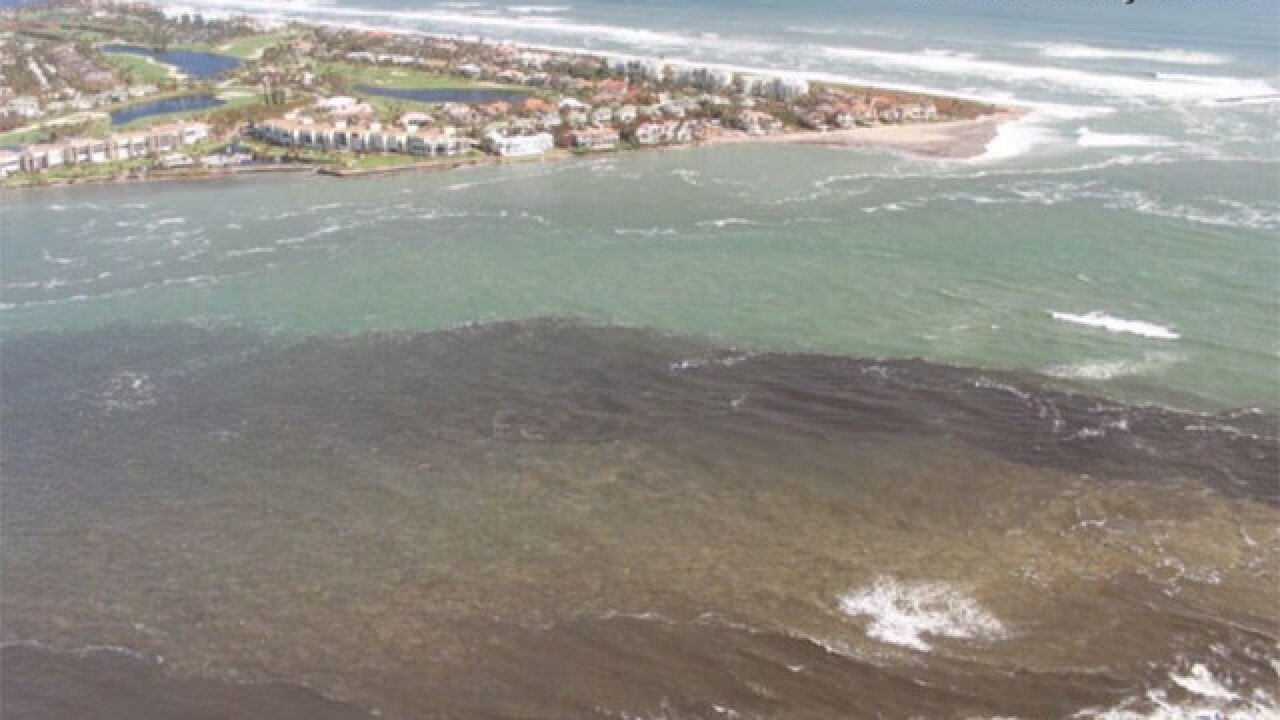 The pictures taken over the Roosevelt Bridge and Sailfish Point show shades of dark, brown water.

"It just looks like chocolate milk almost in the estuary. Those are very concerning to us. Those are areas that would normally be crystal clear blue water," said Deb Drum, Ecosystems Restoration Management Manager for Martin County. "It's very dirty turbid water. The water clarity goes down very dramatically. We get low dissolved oxygen levels, we can experience fish kills."

"Turbidity is very high," Drum said. "The average in lake is 72 NTU (Nephelometric Turbidity Unit), anything above 25 NTU is pretty bad, pretty dark dirty water and you start to get very concerned."

"We're not out of the woods yet," Drum said. "Temperatures in the St. Lucie estuary are ranging 84 to 86 degrees right now, we're hoping to see some cold front that could help make it less likely to get blue-green algae blooms."

Ever since Hurricane Irma hit Florida, the Army Corps of Engineers has released more than a billion gallons of water a day from Lake Okeechobee, in hopes of lowering water levels.

The lake is sitting above 16 feet. To consider the dike safe, the Army Corps of Engineers prefers to keep levels between 12.5 and 15.5 feet.

“We are at a critical level with the lake that I’ve only seen once in my 17 years,” said Doug Smith, Martin County Commissioner for District 1. “This has the potential to be catastrophic if that dike fails. So the importance of us staying focused and reminding our delegation and congressional members that this dike has to be the highest priority. I have no doubt that there will be legislation put forth federally and statewide this year."

Because the lake levels are less than 17 feet, they are checking the aging Herbert Hoover Dike weekly. If it surpasses 17 feet, the dike will be checked daily.

Water advisories are posted at Sandsprit Park and the Stuart Causeway.  These are two locations where high levels of bacteria were found and are near where the aerial images were taken.

Drum says it's going to take months for lake levels to go down. For now, scientists will be testing constantly for algae and any other fluctuations in the water content.

"We are looking at a prolonged event. We need to keep diligent in monitoring the situation. Hopefully we won't see any blue green algae associated with this," said Drum.