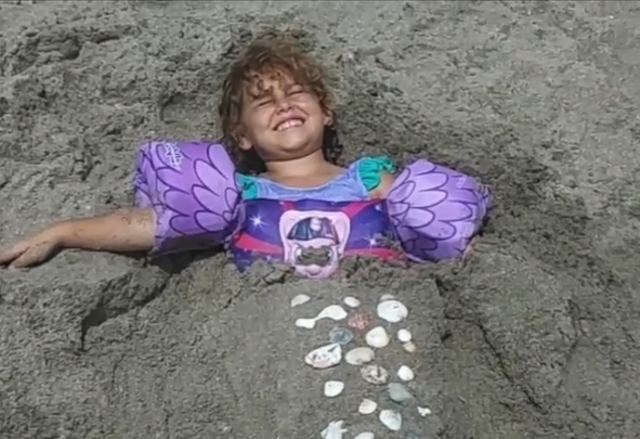 Three-year old Violet is recovering at St. Mary’s Hospital after she was bitten by a shark on Sunday at Bathtub Reef Beach in Martin County. 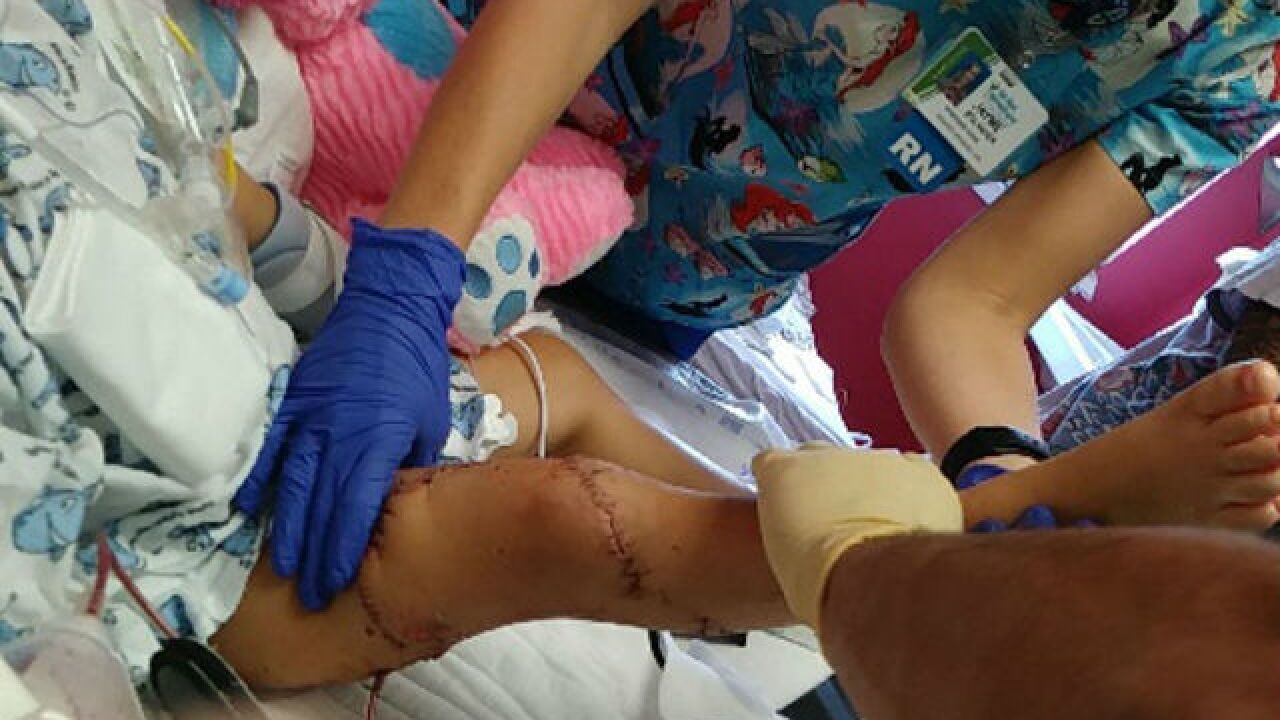 A 3-year-old girl is recovering at St. Mary’s Hospital after she was bitten by a shark Sunday at Bathtub Reef Beach in Martin County.

Doctors told the child's mother Jessica Veatch, that the 7-inch bite points to a bull shark.

Veatch said Monday that the child, Violet, was still heavily sedated and on a ventilator but she is already showing signs of improvement.

“Because her toes were pink,” Veatch said. “She wiggled her toes.”

On Sunday, Veatch was at the beach with her daughter. The two were in waist-deep water, looking for Violet’s sunglasses she had just lost.

“All I hear is her scream ‘mommy’ and then I look up and there is just blood everywhere in the water,” Veatch said. “She wants to be a mermaid and she wore her Ariel swimsuit. I have it in a bag and it’s just cut to pieces.”

Violet was transported via helicopter to the hospital where she immediately underwent surgery.

While doctors are expecting a full recovery, Violet will still have to undergo multiple surgeries and weeks at the hospital.

“I grew up at that beach,” Veatch said under tears. “I love that beach but I will never put them in that water again.”

She said she saw people spearfishing not far from them. Shark expert Ryan Walton said that can have an impact on sharks.

“The animal reacts so much differently because now that fish is putting off a vibration on top of blood in the water,” Walton said.

He said sharks are not mindless killers.

“Sharks bite people based on mistake,” Walton said. “They’re not seeking us out.”

A viewer send a video of a group of fishermen on Sunday at Hobe Sound Beach. She said they were chumming in the water right by the beach before dragging the shark on land.

FWC says while chumming in state waters is illegal, fishing for sharks at beaches is allowed.

Walton said people shouldn’t be scared of sharks but they should be aware.

“If anyone is fishing or chumming or anything like that near shore, keep a good distance from them and that will help minimize an accident,” Walton said.

A GoFundMe account has been set up for Violet to pay for her hospital bills and revovery.