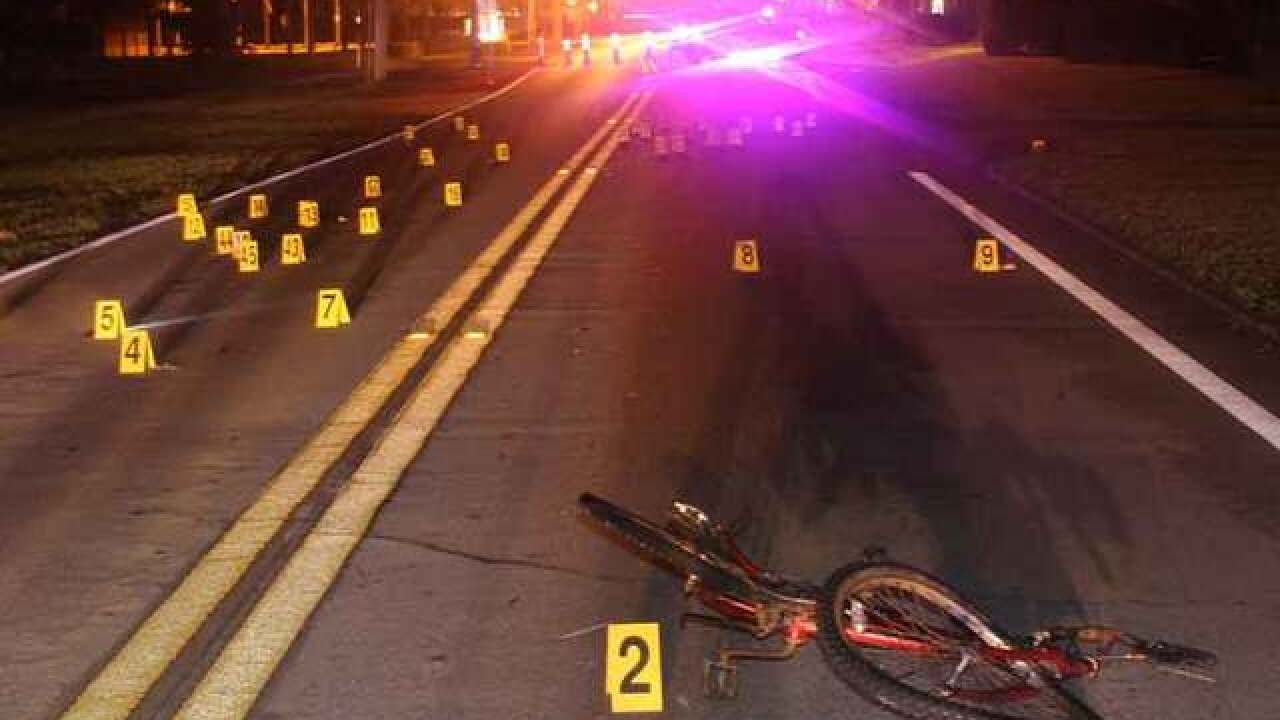 Police in Vero Beach are asking for the public's help finding the driver who fatally injured a woman riding a bike Dec. 22.

Valerie Jean Waters, 52, was traveling on a red Roadmaster bicycle northbound on Old Dixie Highway near 12th Street at about 11:50 p.m.

Just before midnight, officers responded to the 1300 Block of Old Dixie Hwy. and found her unconscious in the road near her bike.

Police said the vehicle involved in the wreck fled the area northbound on Old Dixie Highway. Officers believe the vehicle will have heavy front-end damage but do not currently have a description.

Water was transported to Lawnwood Regional Medical Center in critical condition.  However, she later died from her injuries just before midnight on Dec. 27, according to a news release from Officer Anna Carden of the Vero Beach Police Department.

Anyone with information on the identity of the victim, the suspect or the vehicle should contact the Vero Beach Police Department Traffic Unit at (772) 978-4600 or the Treasure Coast Crime Stoppers at 1-800-273-TIPS (8477) or www.tcwatch.org.