Vero man who entered preschool with gun can't keep firearm; Law says his wife can have one in house 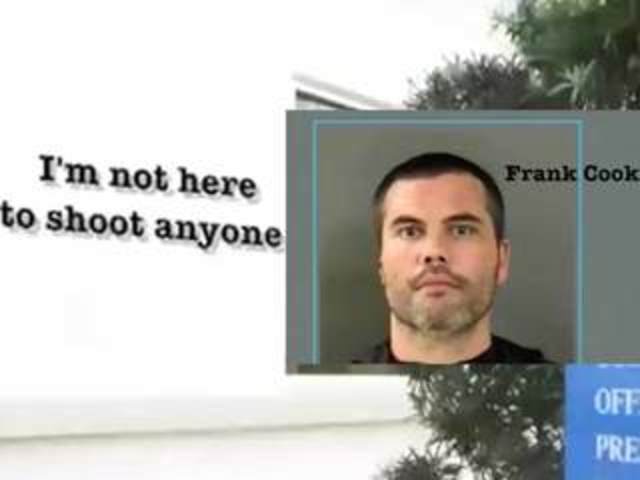 A Vero Beach man is now under a risk protection order, barred from owning any weapons for the next year, but is there a loophole in the law making it easy for him to get his hands on another weapon. 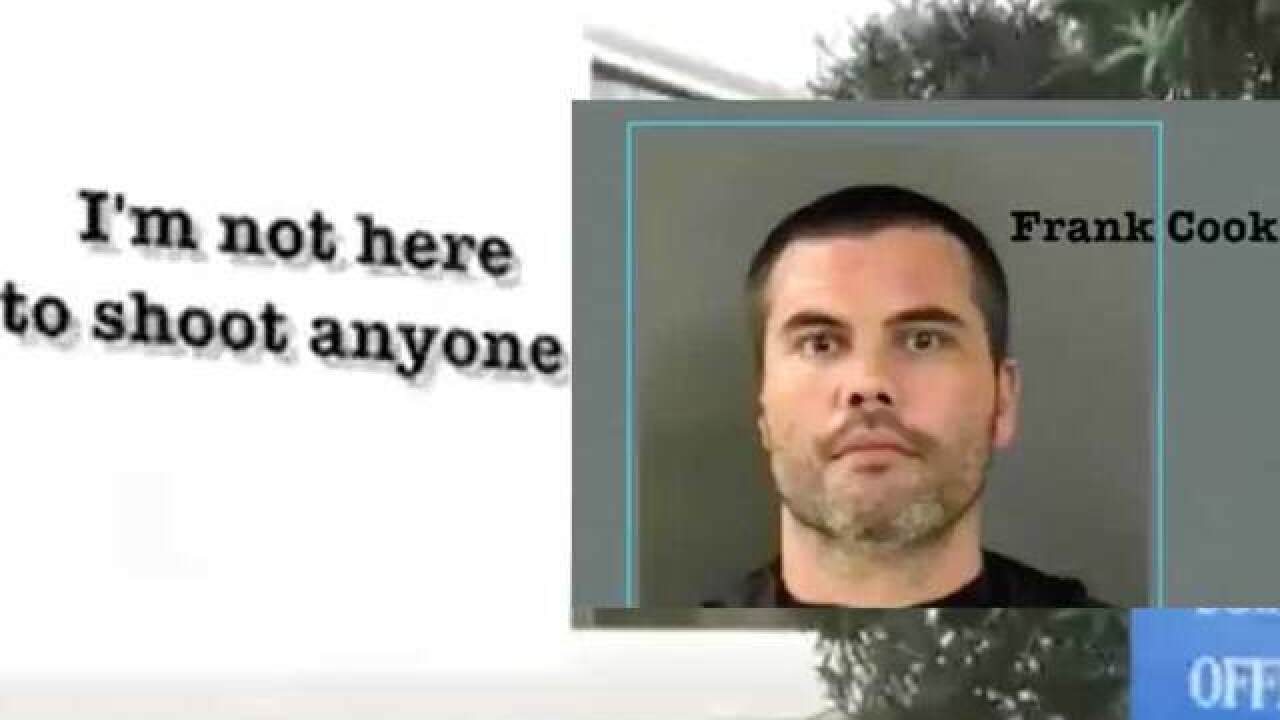 Frank Cook ran into the Community Pre-School in Vero Beach on Aug. 23 with a gun in his waistband.

"He's barefoot, he's delusional. He said there were people after him this morning," said one 911 caller.

"He's on something. He looks like he is about to die," said another.

During his arrest, Cook told police he had "used cocaine every day for the past three years."

He also "believed his house was wiretapped and helicopters were flying to spy on him."

Vero Beach police took him in for a mental evaluation and filed a risk protection order that day.

This is part of legislation that prevents a violent or mentally ill person from possessing, owning or buying a gun for up to one year.

Police will keep Cook's gun for the next year but returned the one registered in his wife's name.

"That's her Constitutional right to possess a weapon under the second amendment," said Beskovoyne.

According to Cook, his wife is planning to keep the gun at her mother in law's house.

But there's nothing in the law that says she has to.

"There is no law currently on the books that would cause her to have any liability if she didn’t secure that firearm," said West Palm Beach criminal law attorney Gregg Lerman.

Contact 5 asked State Sen. Lori Berman if that is a concerning loophole.

"I would like to see that perhaps the spouse if they allow their spouse to get access to that gun, that could potentially be a criminal activity. I would consider making it a misdemeanor," said Berman.

Berman says she doesn't want to take away a spouse’s or other family member’s right to own a gun but wants to make sure they keep that gun out of the reach of someone who has a risk protection order.

"There are gun locks, they could be putting that gun in a gun lock area. They can do anything that they feel to make sure that that gun doesn’t end up in the hands of someone who does have a risk protection order," said Berman.

Eric Friday, lead counsel for the Florida Carry organization, says "the idea some extra law is going to make a difference, is absurd," adding, "It is already a law in Florida and federally to knowingly give a gun to a person who is a prohibited person."

“That is not the same thing. Where we see that law come into play most often is at gun shows.  If you buy a gun or somehow obtain a gun and it’s transferred to you for the purpose of transferring it to somebody who I call a prohibited person, that is a crime,” said Lerman.

But back to Cook's situation, and his wife’s gun, Lerman says, "There’s no law right now that would keep her from keeping that gun in the house. A lawyer’s advice would clearly be to put that gun in a secure location preferably in a gun safe or some type of lockbox situation."

Cook is also on drug probation from another arrest, meaning he can't have a gun for another six months after his risk protection order ends.