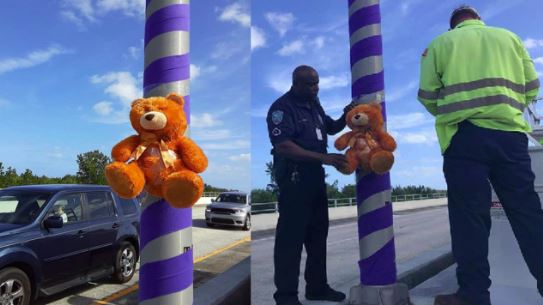 Purple ribbons adorn several light poles on the Merrill P Barber Bridge in Vero Beach. The gesture was made by the city to show respect for women members of the Holy Cross Rowing Team involved in a tragic crash Wednesday. 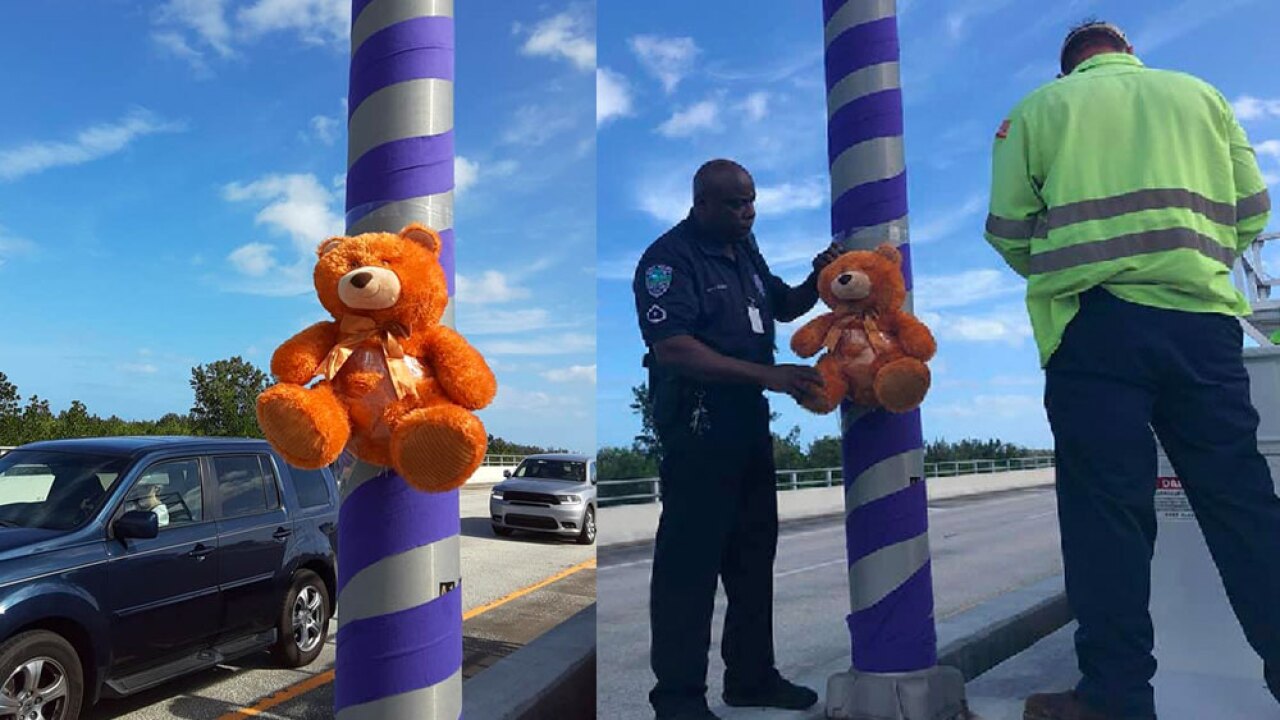 The gesture was made by the city to show respect for women members of the Holy Cross Rowing Team involved in a tragic crash Wednesday.

Police said 20-year-old Grace Rett lost her life when a van she was riding in collided with a pickup truck at the bridge.

A tweet posted by Vero Beach Police read in part: "We are "Holy Cross Strong". Our prayers and thoughts are with the families of all involved including the driver of the truck."

A teddy bear was also attached to one of the poles which officials said represents Rett "for a life lost too soon."

Investigators are still trying to determine who was at fault in the crash.

At least 12 people were hurt in the collision. Some injuries were much worse than others. Seven patients are still hospitalized. Two are in critical condition, one is in serious condition and four are listed in good condition.