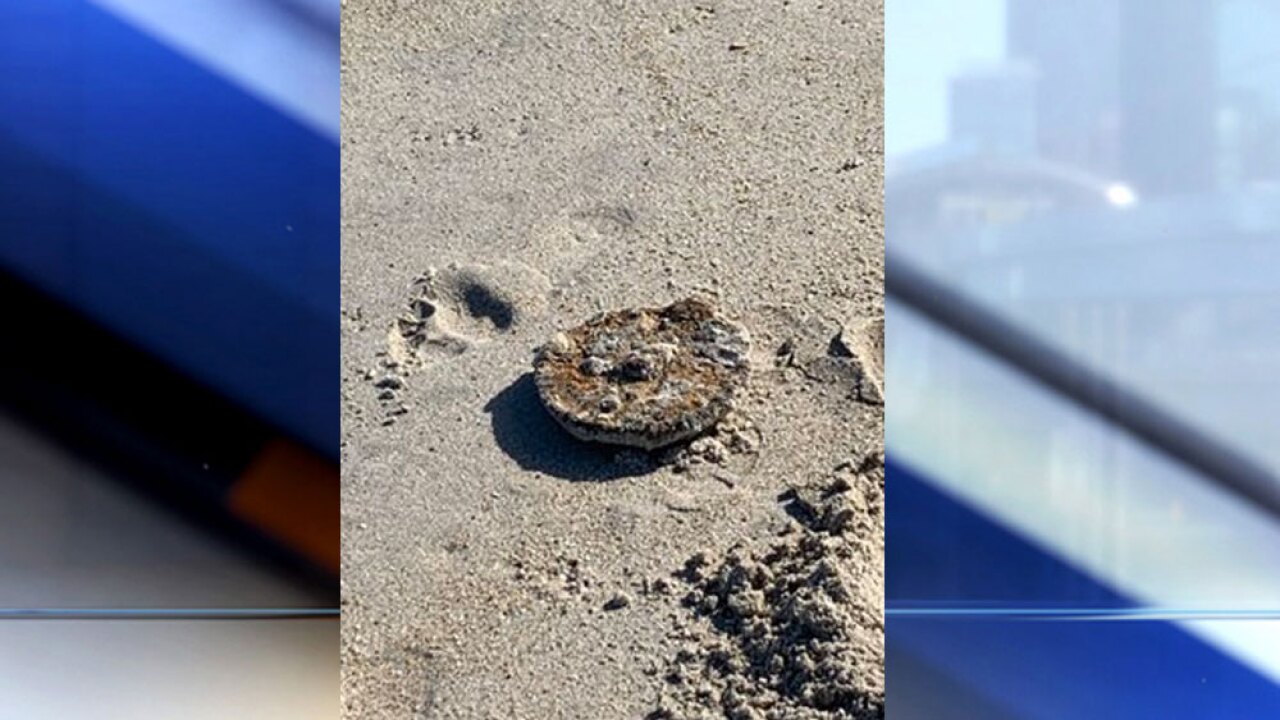 A man using a metal detector made an unexpected find on an Indian River County Beach Tuesday.

According to the sheriff's office, the man discovered an old land mine in the area of 640 Reef Road.

The sheriff's office said representatives from Patrick Air Force Base were en route to investigate.

In September of 2018 homeowners were evacuated as the U.S. Army Corps searched for munitions in Vero Beach. That was in an area where World War II training exercises took place.