Detectives still following leads on woman who disappeared in Indian River Co. one year ago this week 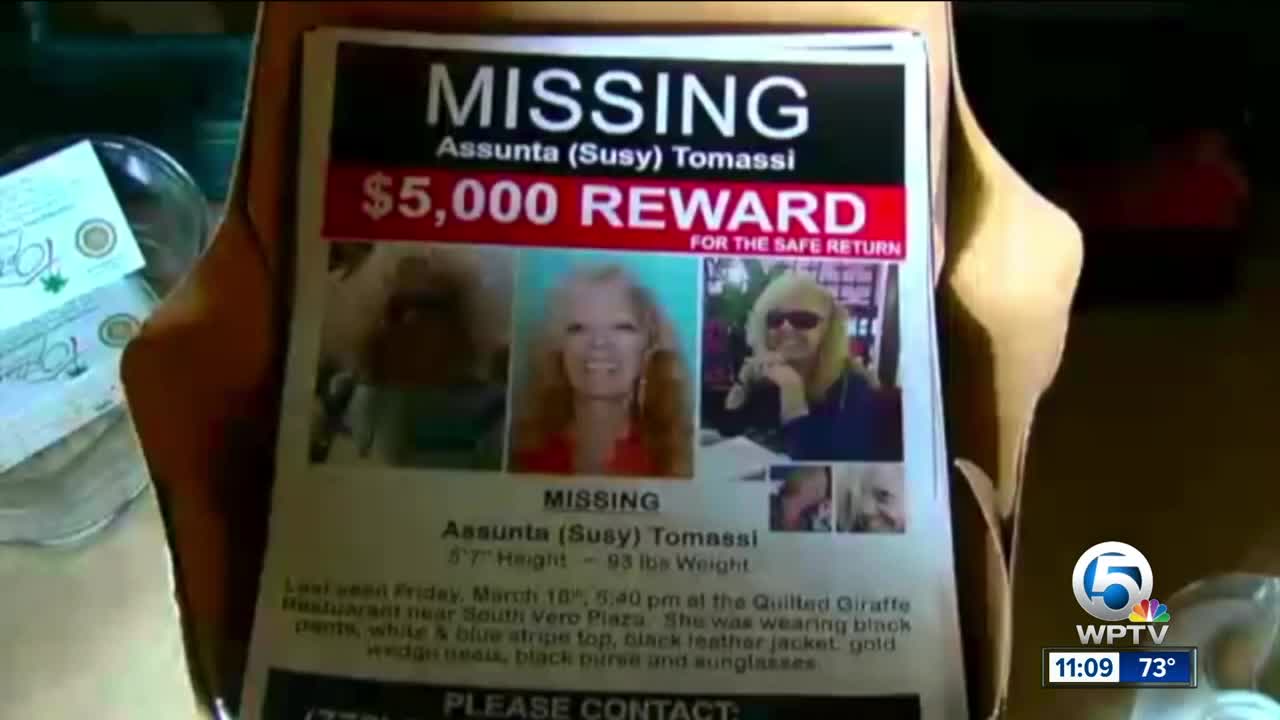 An Indian River county woman disappeared one year ago this week. Susy Tomassi was last seen March 16, 2018 walking away from her family's restaurant, the Quilted Giraffe, located at 500 South US Hwy 1 in Vero Beach. 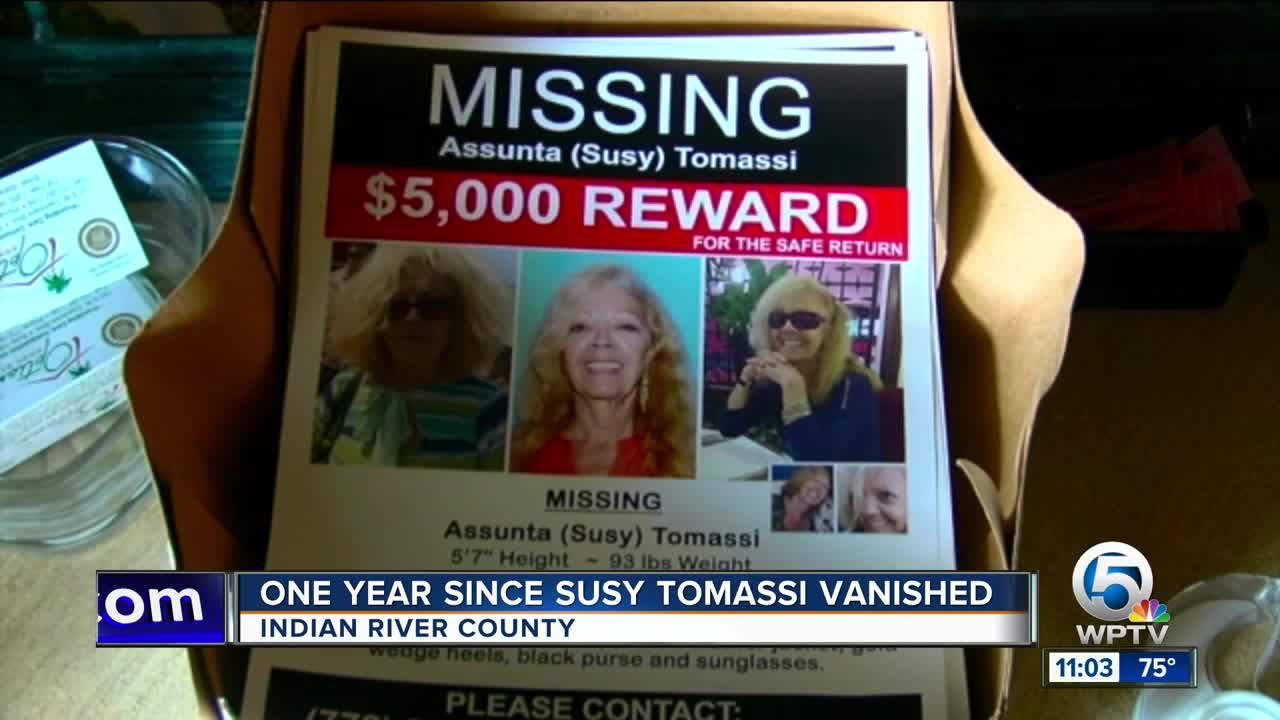 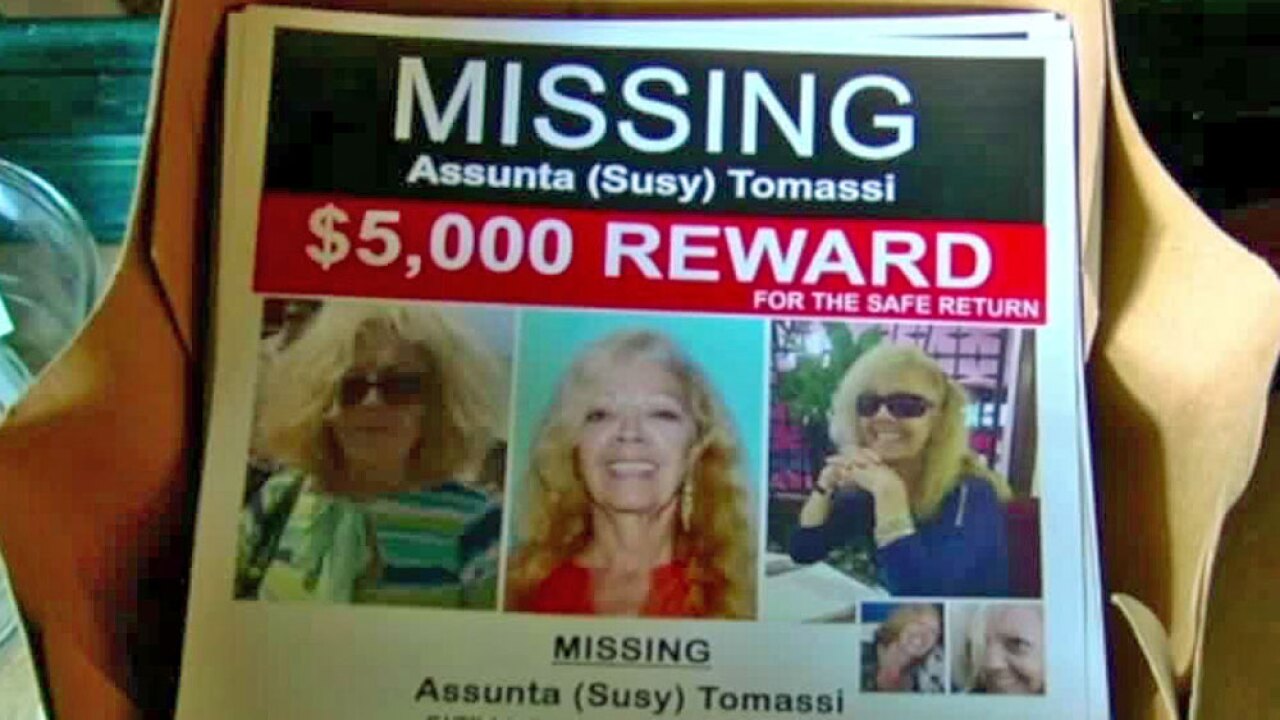 An Indian River county woman disappeared one year ago this week.

Now, the Indian River County Sheriff’s Office is putting out a new plea to the community to come forward with information they might have about 73-year-old Susy Tomassi.

Tomassi, who suffers from dementia, was last seen March 16, 2018, walking away from her family's restaurant, the Quilted Giraffe, located at 500 South US Hwy 1 in Vero Beach.

“It wasn’t unusual for her to walk to the family dollar store, for her to go into Publix. [Her husband] even gave her money many times to buy cat treats and different things as a way for her to get out for a little bit,” Flowers said.

That day, she did not come back.

“Every other incident before, when she walked away and went to those places, he found her pretty quickly,” Flowers explained.

Tomassi’s husband called law enforcement after surveillance video showed him looking for her in nearby stores.

Deputies exhausted all of their resources searching for her for days.

Detectives think she might have gotten into a car. Flowers said several witnesses believe they saw her get into a car.

Over the last year, the case has remained a priority for detectives.

“A lot of people in our community area really tuned into this case,” Flowers said.

Now, Flowers hopes they are closer to getting the tip that will close the case.

“I miss my mother and there’s a void left in my heart that can only be filled when we find her. Wherever you are Mom, I love you! I just want the public to know that if you have a family member that suffers from any type of mental illness, such as Alzheimer’s disease, spend as much of your extra time with them as possible because you never know when it will be the last time that you do. Most things are replaceable, time and loved ones, not so. The regret you will experience can weigh more than you will ever think it can. For those who don’t have faith to get you through difficult times, I pray you have the support system of loved ones that I have had. God bless and thanks to all who have helped our family thus far as well as the tireless efforts of Detective Dilks and all at the Indian River County Sheriff's Office. Never give up hope!”