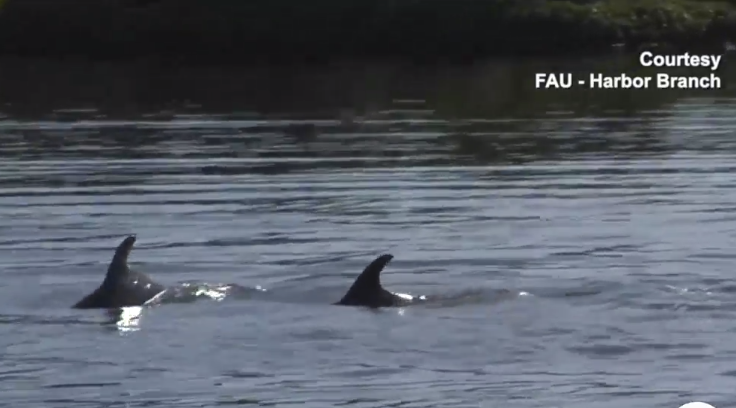 The Indian River Lagoon beckons sailors, fishermen, and the bottlenose dolphins we glimpsed on a recent outing with FAU Harbor Branch researchers in St. Lucie County.

Adam Schafer is an epidemiologist studying the links between dolphin and human health. He told me, “We look at mercury concentrations. We are seeing concentrations in our dolphins among the highest that have been recorded in dolphin species worldwide.”

Elizabeth Titcomb, a senior research biologist with FAU Harbor Branch, offered perspective. Titcomb said, “They (dolphins) are swimming in the same water we are swimming in, and they are eating the same fish we are eating.”

Schafer’s team found elevated mercury levels among recreational fishermen they tested. That prompted more questions. Schafer is hunting for answers. He said, “We actually started another study partnering with local physicians, where we have been sampling pregnant women.”

Higher mercury levels have tended to be in the northern reaches of the lagoon which stretches from Jupiter Inlet to Merritt Island. Closer to home other stressors are growing. Schafer remarked, “The harmful algae blooms are obviously a very significant issue that’s been going on.”

Surveys of dolphins in the lagoon also reveal skin lesions on the animals. The constant pollution—industry, farms, backyards, and what we flush down our drains without thinking—exacts a growing price. Titcomb said, “We are actually seeing antibiotic resistant bacteria in these dolphins. There are proper ways to dispose of medication. There are different pesticides that can be used that are more environmentally friendly.”

A call to action---to treat the Indian River Lagoon as though our lives depend on it. In fact, they do.