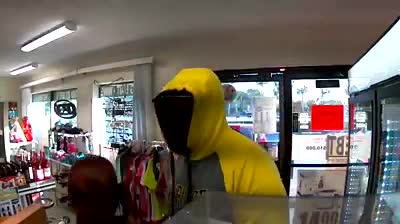 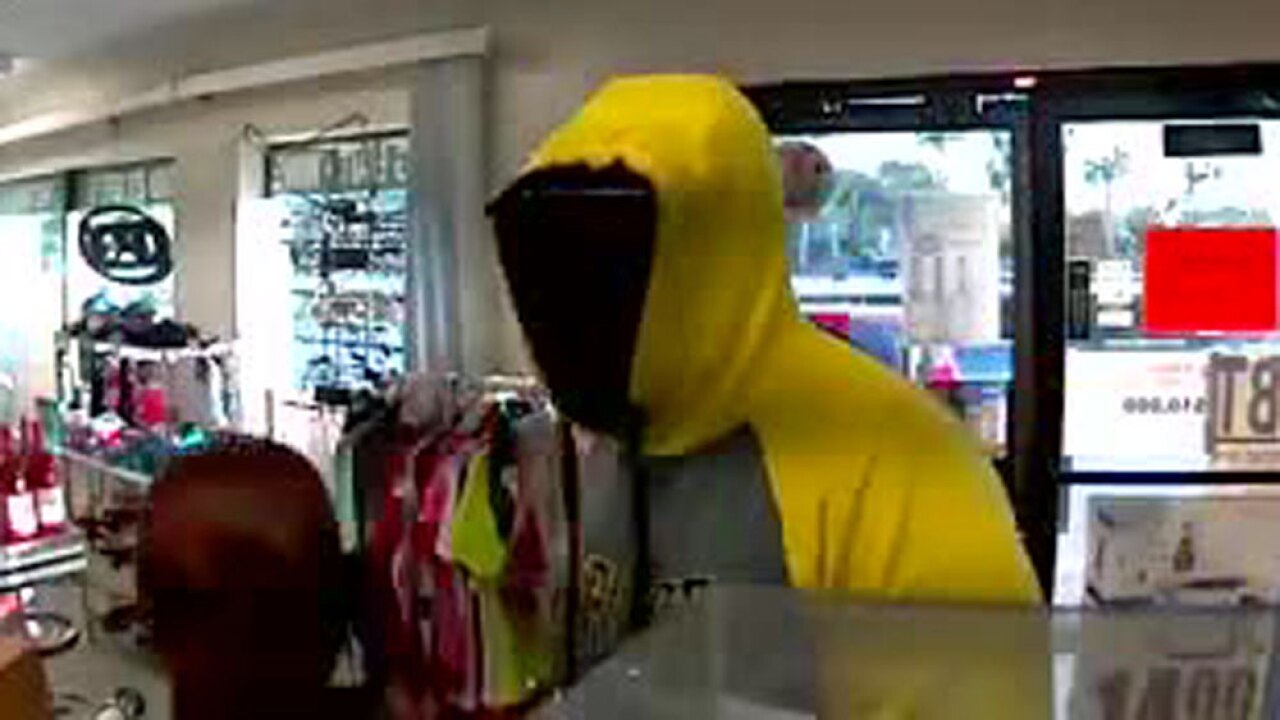 Authorities say they are looking for an armed-robbery suspect who was wearing a distinctive outfit.

Surveillance video released by the sheriff's office showed the person wearing a yellow and gray "EVERLAST" hooded sweatshirt. He also had on dark jeans, white sneakers and gloves and a black face mask.

They say he targeted the Neighborhood Grocery located at 8718 20th St., in Indian River County Monday around 5 p.m.

Investigators described him as a white man about 6'02" tall and between 230-240 pounds.

The sheriff's office released audio of the suspect's voice and it hopes someone recognizes the man.