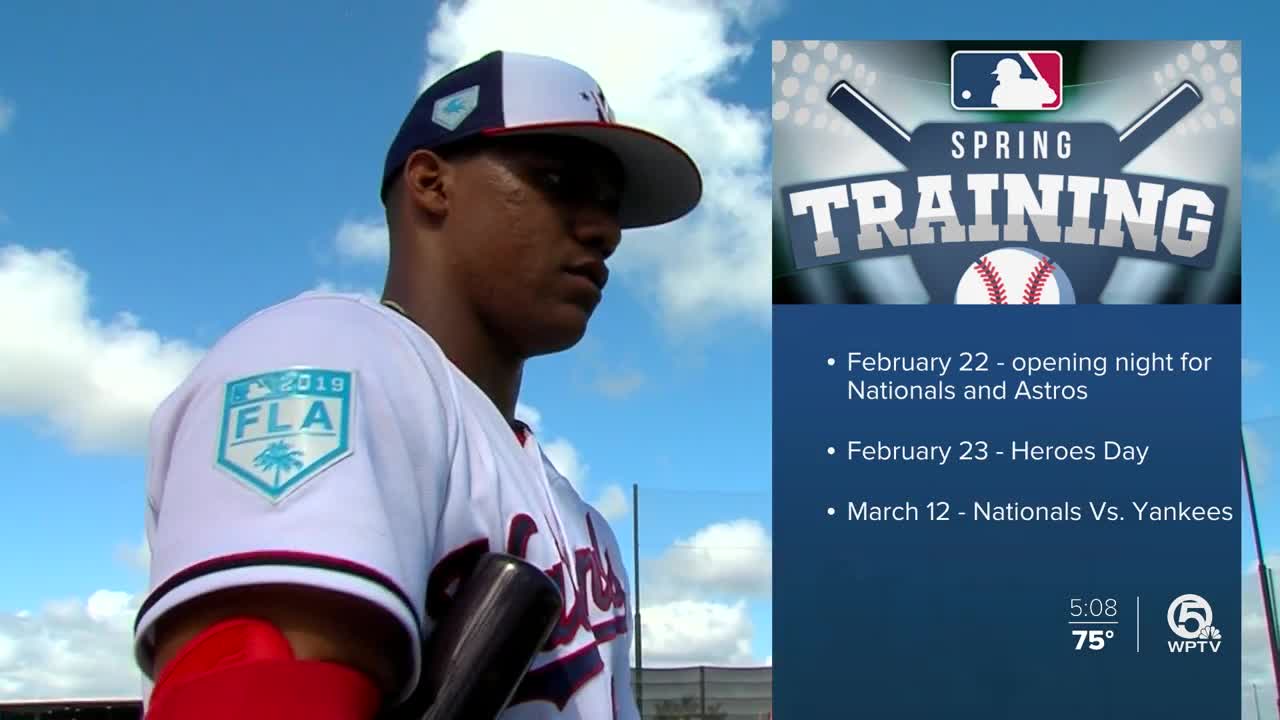 The Washington Nationals share their spring training home with the Houston Astros, who they faced in the World Series.

Pitchers and catchers report on Wednesday with the full squad reporting on Monday.

The Nationals share their spring training home with the Houston Astros, who they faced in the World Series. The Astros also have pitchers and catchers reporting on Wednesday.

The two teams will face off with a rematch of the 2019 World Series on opening day which is Saturday, Feb. 22. First pitch is at 6:05 p.m. with fireworks to follow.

The team has a lot of deals and activities planned for the season, including: