Woman walks more than 2,000 miles from Maine to Key West for overdose awareness 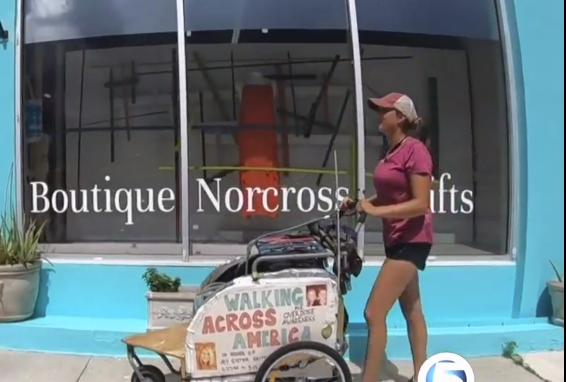 A South Carolina woman is on the journey of a lifetime in Soutn Florida. She is walking all the way from the Canadian border to Key West on a road to recovery and raising awareness to opioid addiction and overdoses. 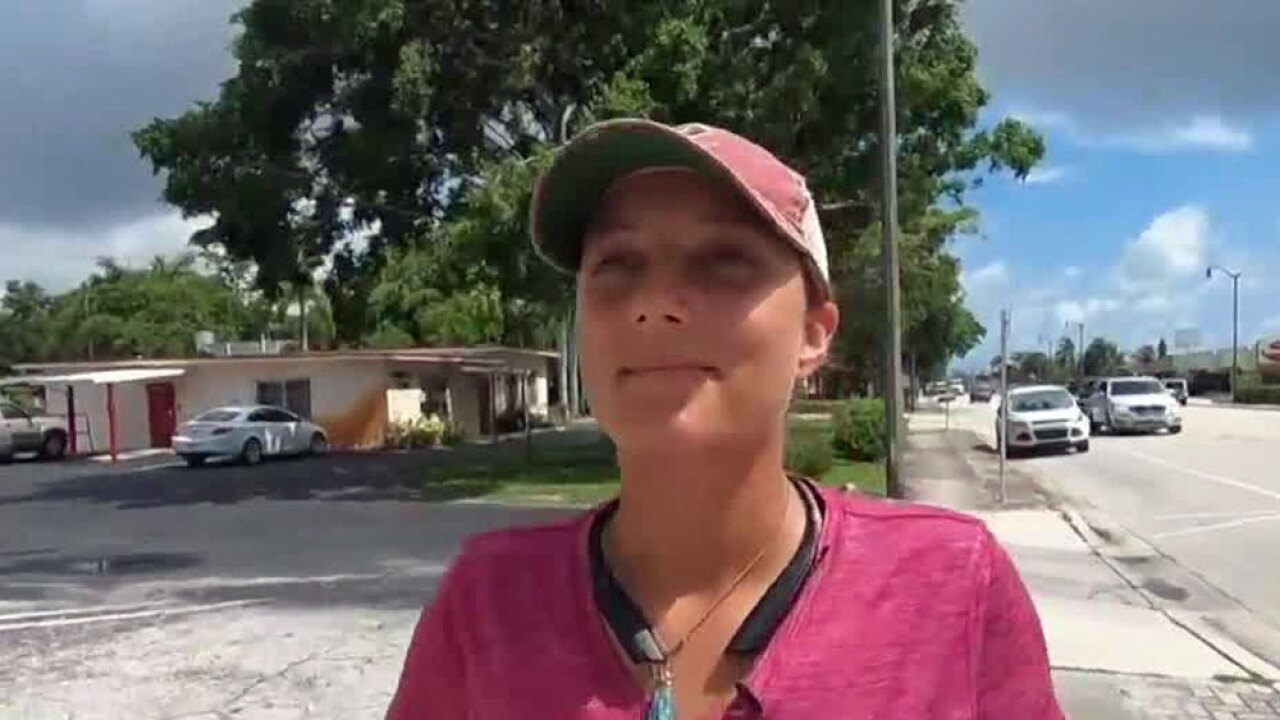 UPDATE: Jessie Grieb completed her walk on Friday, June 14, 2019. Read about it here.

Jessie Grieb is walking, all the way from the Canadian Border in Maine to Key West to raise awareness to opioid addiction and overdoses devastating millions of families across the country, including her own.

When the 27 year old hit rock bottom in her own struggles with addiction early last year, she did the only thing she could think to do at that point.

“I was in and out of halfway houses and treatment centers. I wanted to try something different," she told WPTV's Alanna Quillen on Thursday. “I impulsively flew up from South Carolina to Maine, just to get out of where I was and stop using.”

Inspired by a friend's own journey of walking cross-country to raise awareness to addiction, she decided to begin her own walk along U.S. Highway 1 all the way down the Eastern seaboard. She calls it the "East Coast Overdose Awareness Walk."

She is now in the last leg of her journey and has since picked up a four-legged travel buddy along the way -- a pup named Takodah who was in need of a home as she passed through South Carolina. He rides comfortably in a cart she fashioned to hold her belongings.

That cart is also adorned with pictures of those lost to addiction, including her brother Brian Grieb and boyfriend Christian Heckman.

“We all struggled with addiction together,” she said.

Both died from overdoses within months of each other.

“Doing this walk is really just to honor them and just heal," she said.

She hopes to end her walk in Key West on the fourth anniversary of her brother’s death in mid-June.

But this stretch of South Florida brings difficult memories.

“He was in staying in Delray Beach in a halfway when he died," she said.

“It's basically the recovery capital of the country," she said. "I lived down here for 5 years in and out of treatment centers, halfway houses from Fort Lauderdale to West Palm Beach.”

But now she’s ramping up her message by speaking to groups along the way, including most recently at a seminar at Palm Beach State College.

She hopes to share her story and let others know know that recovery and a life worth loving, is possible. You just have to start walking the path to get there.

“I want to share with people just to try to have love and compassion and understanding," she said.