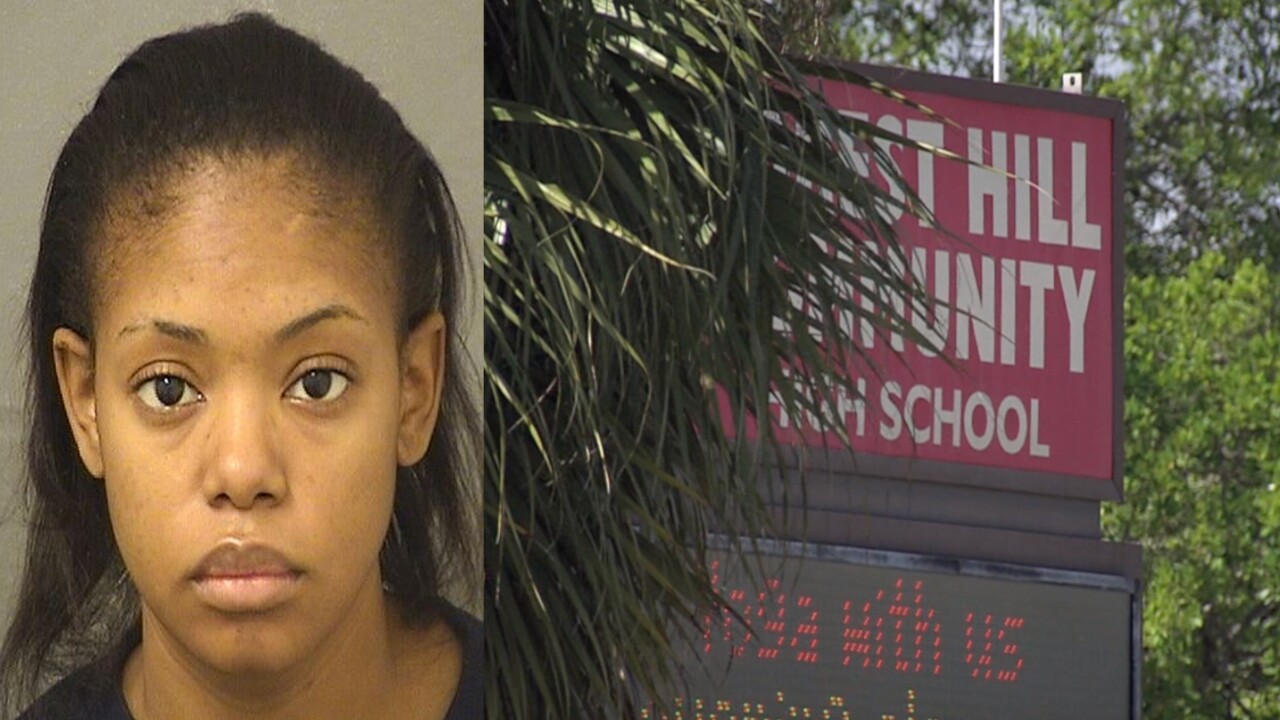 Palm Beach County Sheriff's Office/WPTV
Kimberly Charles is accused of having a sexual relationship with a student at Forest Hill Community High School.

WEST PALM BEACH, Fla. — A West Palm Beach teacher is accused of having a sexual relationship with a teenage girl.

Kimberly Charles, 27, was arrested Thursday on a charge of unlawful sexual activity with a minor.

West Palm Beach police said a school board employee reported seeing Charles laying her head in the 17-year-old girl's lap while the student caressed her head in a lab at Forest Hill Community High School.

According to a police report, the teen's sibling witnessed Charles kissing the teen on the lips before Christmas 2018.

The sibling also told police the teen slept in Charles' bedroom with her, sometimes shirtless, and believed they showered together because the sibling heard Charles' voice coming from the bathroom.

During an interview with detectives, the teen admitted to having a sexual relationship with Charles. Police said she confessed to sleeping with Charles during the 2018 Christmas break and having sexual contact with her in May 2019.

The School District of Palm Beach County did not reply to a request for comment on Charles' employment status.