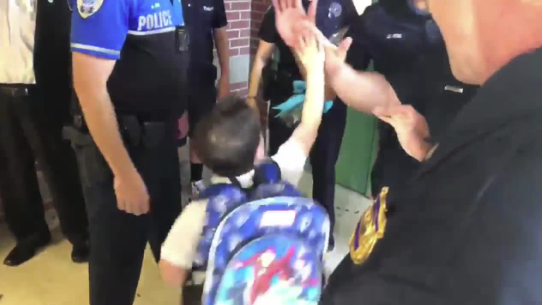 The first day of kindergarten can be intimidating for any student, but the West Palm Beach Police Department made it easier for one special little boy. 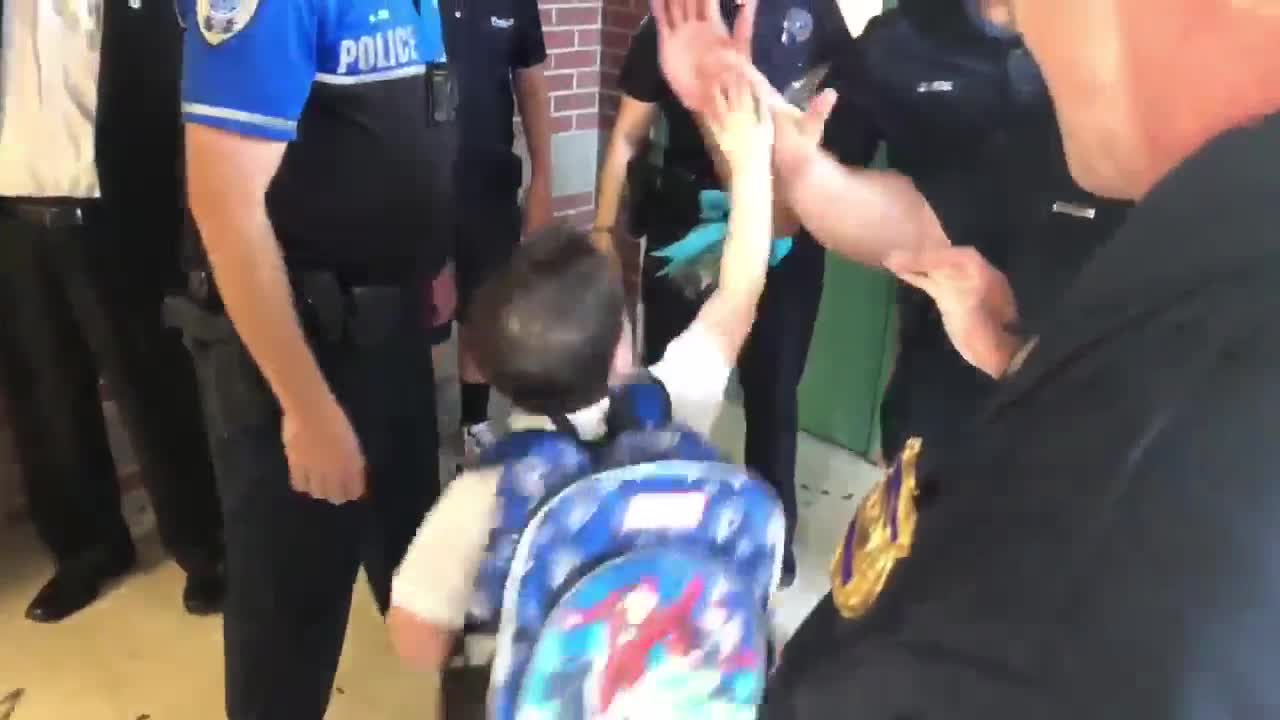 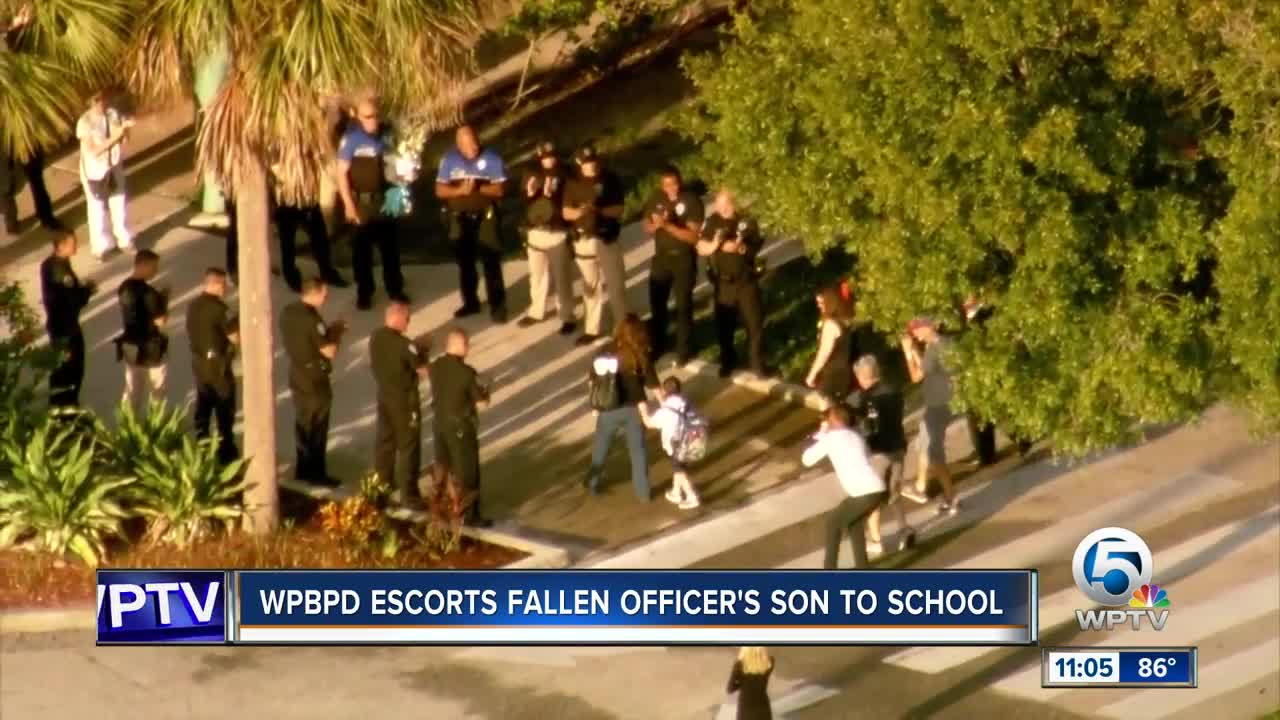 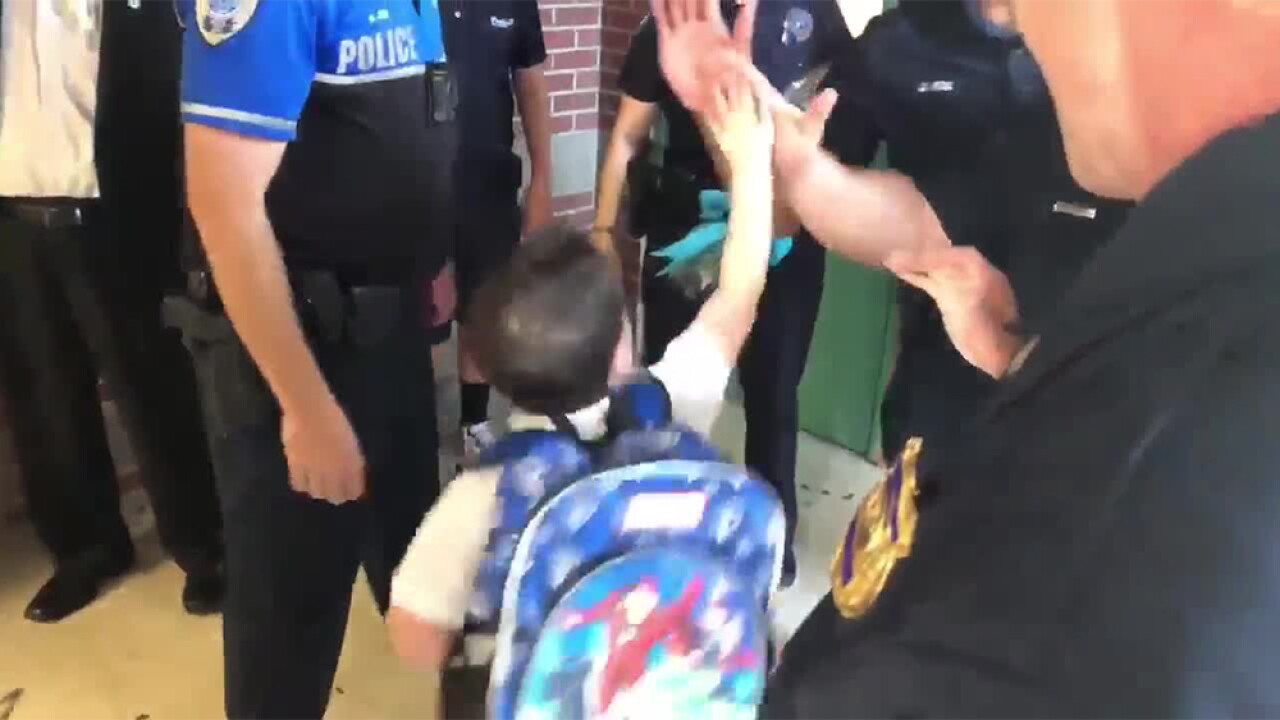 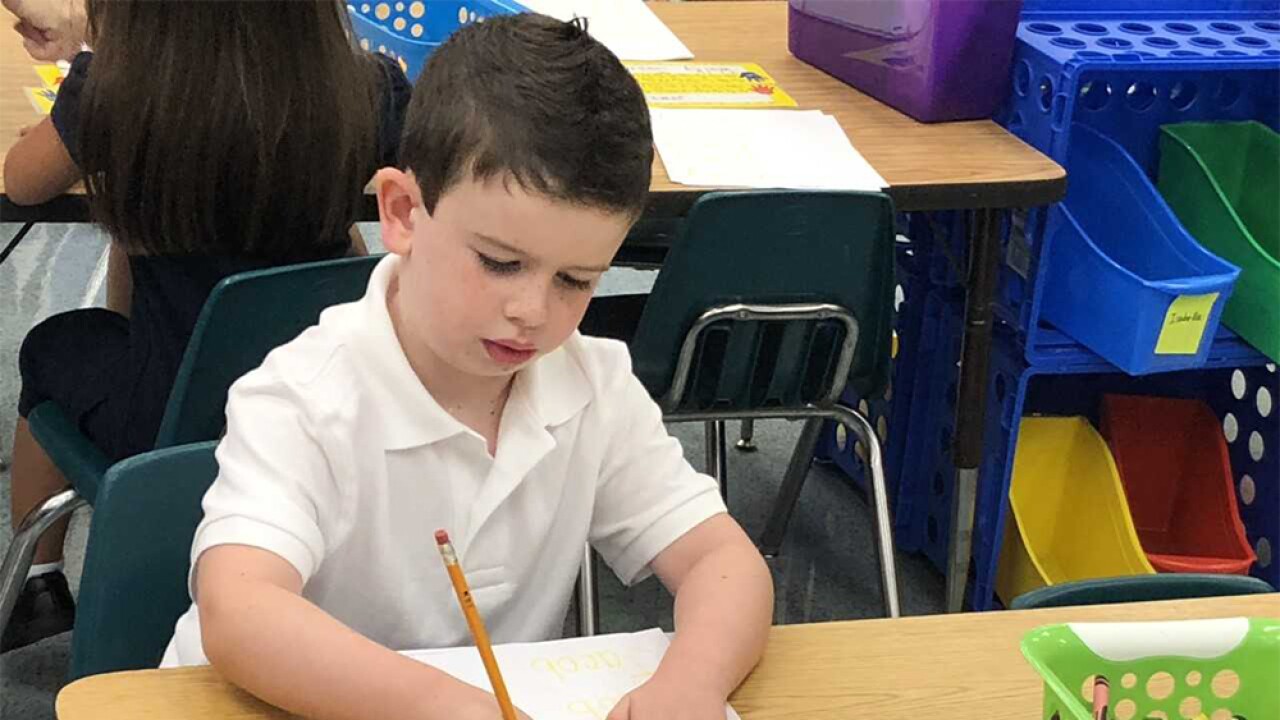 WEST PALM BEACH, Fla. — The first day of kindergarten can be intimidating for any student, but the West Palm Beach Police Department made it easier for one special little boy.

Last September, West Palm Beach Police Sgt. Bill Nealy died of cancer. One of his last requests of his brothers in blue was for them to escort his son, Jake, to his first day of kindergarten.

"When he was dying, he got with a lot of us who were friends with him and asked if we could take Jake to his first day of school, if we could escort him to school," said Lt. Joseph Herb.

So that's what they did.

Officer Brent Treu organized his fellow officers to be there for Jake's first day of kindergarten on Wednesday at Crystal Lakes Elementary School in Boynton Beach.

"Watching a little kid go back to school, and especially Bill's kid after he had asked us to do that, it tears your heart out a little bit," said Lt. Herb.

We had the honor to walk Jake Nealy into school for his first day of Kindergarten. Jake's father, Sergeant Bill Nealy, was an 11 year veteran with our department who passed away last year. Sergeant Nealy's wish was for us to be there for Jake at his first day of school. pic.twitter.com/EMXgpFtTo2

When Jake and his mom arrived at school, a sea of blue was there to greet him, cheering him on for his first day. Officer Treu took his hand and walked him to his classroom, as he promised.

Lt. Herb said when Sgt. Nealy died, it left a big hole in the department.

"I don't think the guy had a hateful bone in his body. And that being said, he was probably one of the best police officers I've ever worked with," said Lt. Herb.

Officer Treu said Jake reminds them of his dad.

"He takes after his pop," said Lt. Herb. "He's got his dad's looks. He looks just like his dad and he'll probably grow up to be just as great as his dad."

Lt. Herb said he hopes they made Sgt. Nealy proud.

Nealy has another son who is starting high school this year, and the department plans to be there for him as well.