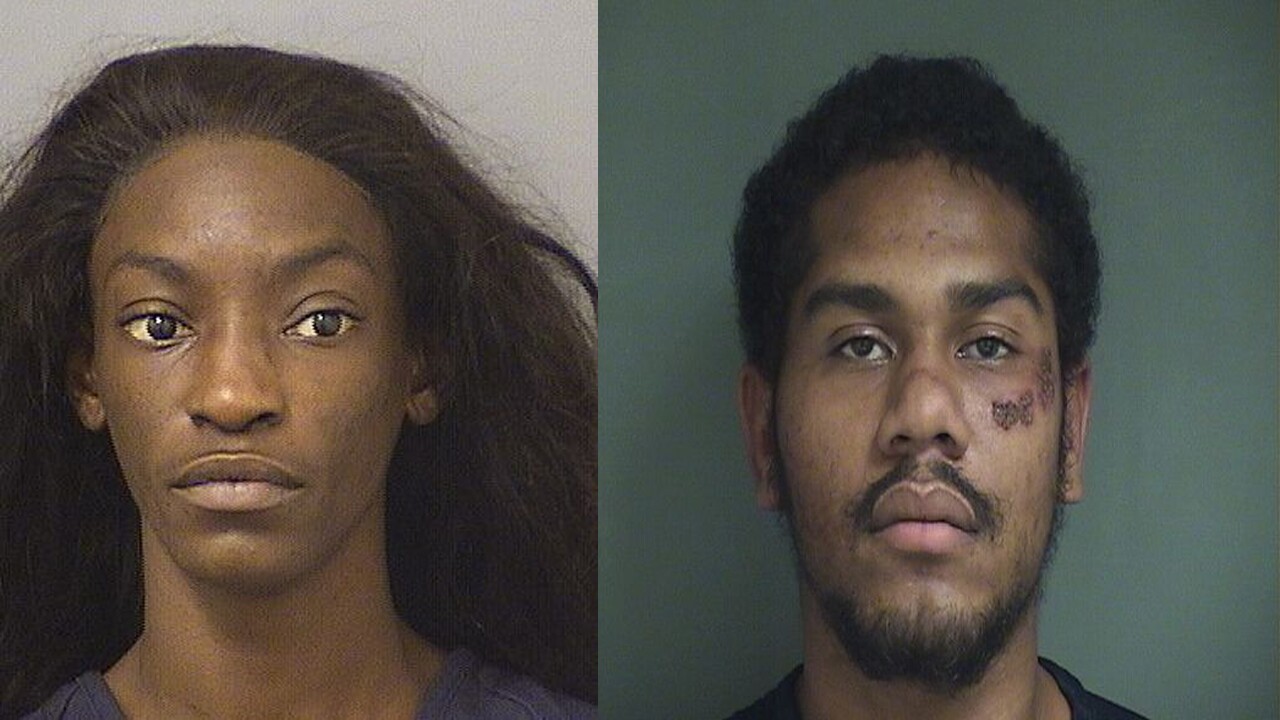 Copyright 2020 Scripps Media, Inc. All rights reserved. This material may not be published, broadcast, rewritten, or redistributed.
WPTV
Shanteria Ferguson and Lodier Elveus are facing charges of human trafficking, false imprisonment and deriving proceeds from prostitution.

WEST PALM BEACH, Fla. — Two West Palm Beach residents are accused of holding a woman against her will and forcing her to have sex for money after offering her safe haven.

Shanteria Ferguson and Lodier Elveus were arrested Friday on charges of human trafficking, false imprisonment and deriving proceeds from prostitution.

According to a West Palm Beach police report, the 35-year-old woman got into a domestic disturbance with her boyfriend last week and left her home.

Police said she met Ferguson, who told her that she knew about her domestic violence issues and "promised to protect her, give her shelter and help her get her children back."

The woman went to Ferguson's home and fell asleep in her bed. When she woke up, police said, Elveus was standing over her and ushered her out of the bed, telling her, "Get on your knees! You want to lay on this bed, you need to make some money!"

When the woman tried to leave, Elveus pulled a gun on her and told her how they had beaten a pregnant woman a few weeks earlier, the report said.

Police said Ferguson and Elveus had her put on red lingerie and photographed her. The woman told police she believed the photographs were posted on the Internet.

The woman told police she was forced to have sex with seven or eight men.

According to the report, Ferguson gave the woman "crack cocaine and marijuana to smoke to maintain her high throughout the sexual encounters."

"She does not remember sleeping and was not allowed to eat or shower," the report said.

When two police officers went to the home for a welfare check Wednesday, Ferguson told the woman to lie "and that she would not get her children back if she alerted the police to the forced sexual activity."

It wasn't until the next day that the woman was able to escape by jumping out of a bedroom window and running to a nearby resident's home for help. The resident let her inside to hide and called police.