Want to take part in a citizen science experiment? 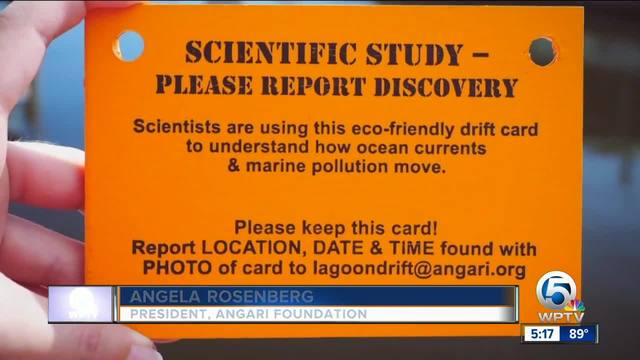 A pollution study involving dropping more than 200 eco-friendly cards into the Lake Worth Lagoon to track trash. 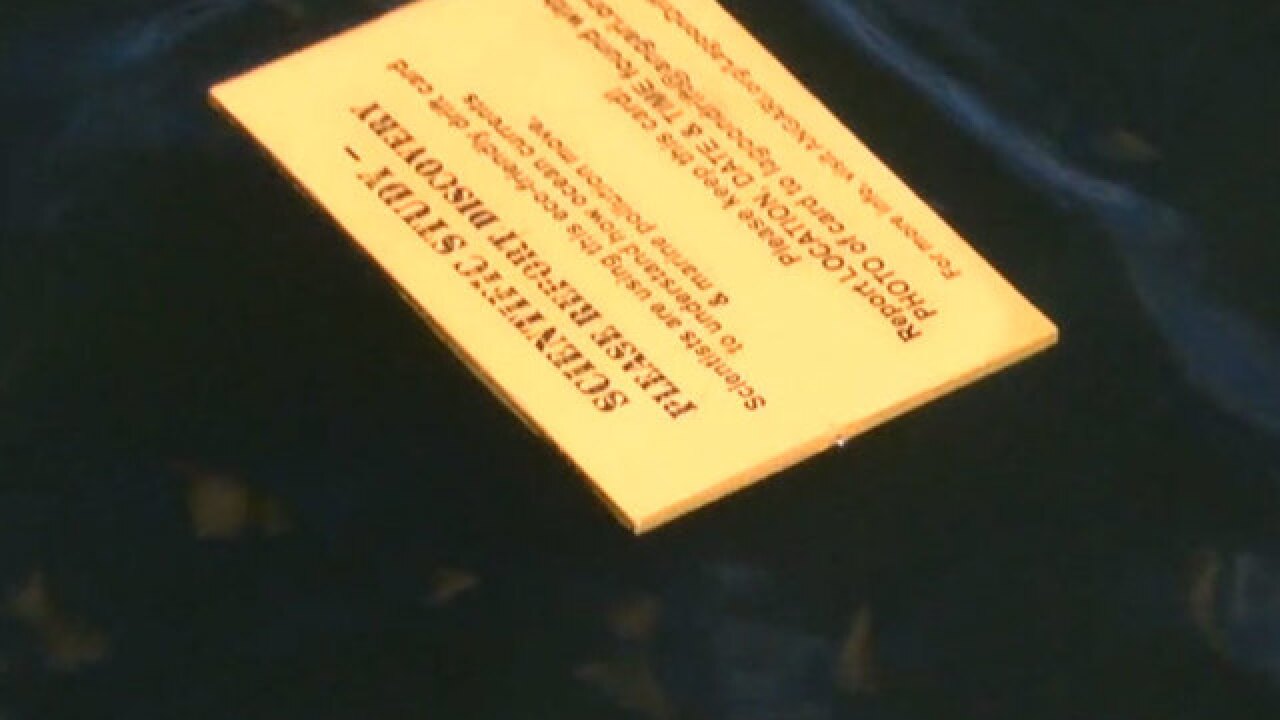 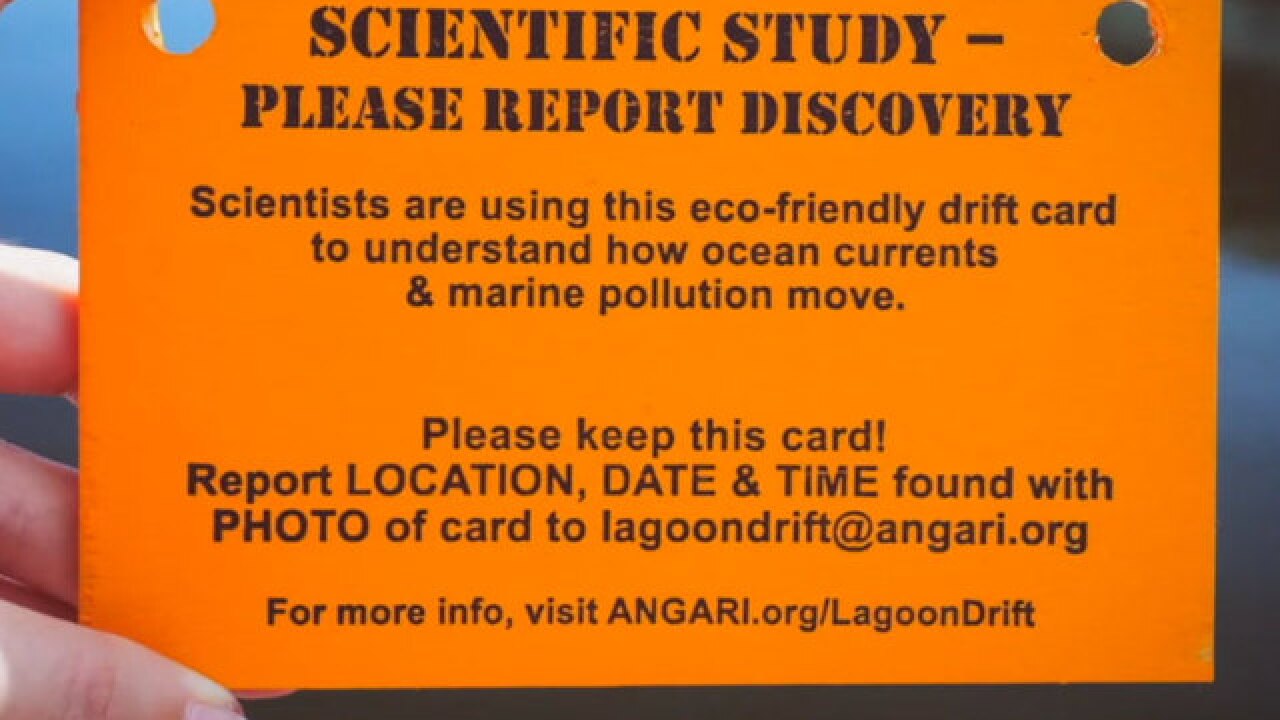 Pay attention to the Intracoastal Waterway in Palm Beach County. You might see cards floating around.

It's part of a pollution study and scientists say they need your help with it.

Scientists have tossed about 240 eco-friendly drift cards into the Lake Worth Lagoon. They want to study the currents to figure out where trash is going and building up around the Intracoastal.

“We’re all in Lake Worth Lagoon, we’re all connected to one another," said Angela Rosenberg, president of the ANGARI foundation. “If there is trash in the water, no matter how it got there -- where is it going?”

Researchers want anyone who finds the cards to report it in with the location it was found, date, time and a photo. The information must be emailed in to lagoondrift@angari.org.

The cards are biodegradable and were deployed on Sept. 9. Most of the cards -- which are made out of wood and chemical-free materials -- usually disintegrate after two weeks. The card is to be kept and disposed of responsibly. Do not toss it back into the water.

"We don't want to add to the problem," said Rosenberg.

The cards were deployed from six sites around the lagoon.

“A lot of the sites that we picked are all around the lagoon in places where there’s canals and outflows that are going to effect the flows of marine debris in the water," said Rosenberg.

About 13 percent of the cards have been reported. There are still more cards floating around and researchers are hopeful more people will participate.

“We’ve had cards found as far south as Hillsboro and as far north as Jupiter," said Rosenberg.

Researchers will compile the data to map out debris hot zones for clean up.

“And to get a better idea where -- heaven forbid -- there’s a spill or something more dramatic, we would know where it would end up so we can better prevent or account for that," said Amanda Waite, director of Science Education for ANGARI.

The idea was born from another study done in Miami, where a huge marine debris problem was reported in Biscayne Bay.

“They were finding a bunch of debris on their beach and wondering where it was coming from," said Rosenberg.

As for Palm Beach County, ANGARI hopes to learn more about trash flow origins as well.

“A lot of these canals that are linked all the way back to Lake Okeechobee, a lot of that trash is making it’s way into the Intracoastal," said Rosenberg.

With each card deployed, the hope is to also raise awareness about keeping this trash out of our waterways.

"On the one hand, it tells us where the beach clean ups should be. And where we can expect to find debris on a regular basis," said Rosenberg. "We want to get people more aware of how they’re affecting their own environment,"

Another deployment of the drift cards will take place in April 2019.

Click here to learn more about the drift card study.