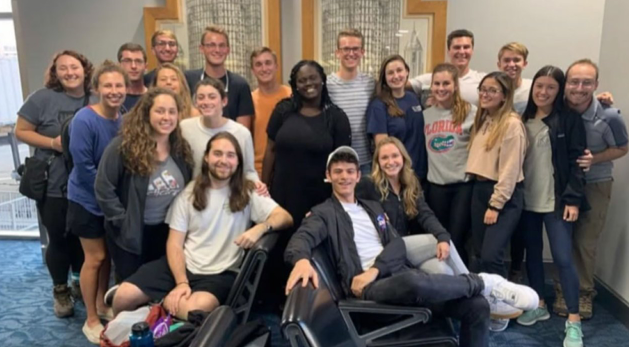 A group of University of Florida students had a frightening experience overseas. Study abroad students with the UF Honors program were held at gunpoint and robbed in South Africa on Monday. 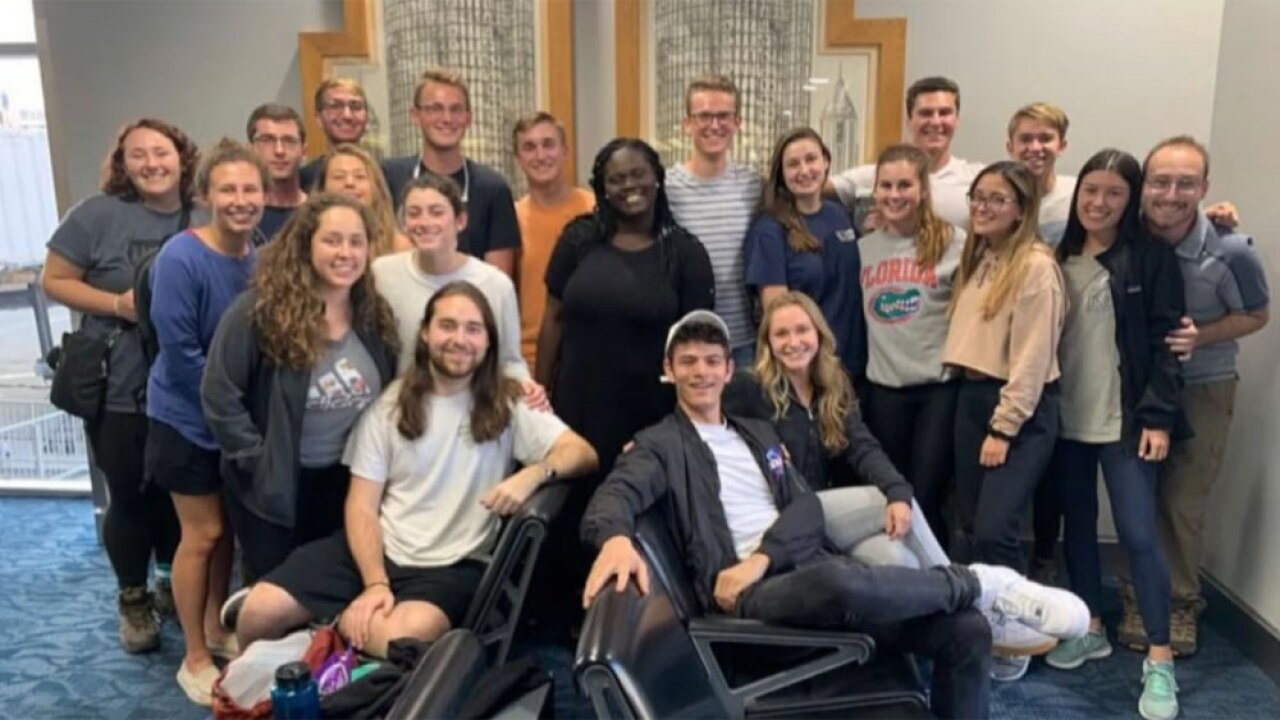 WEST PALM BEACH, Fla. -- A group of University of Florida students had a frightening experience overseas.

Study abroad students with the UF Honors program were held at gunpoint and robbed in South Africa on Monday.

The incident is a reminder for parents to have safety conversations with their kids before they leave for any trip.

“It was completely unexpected," said Todd Leedy, a UF faculty member accompanying the students on the trip.

Speaking to WPTV by phone thousands of miles away, Leedy said he is thankful it wasn’t worse.

“My first thought was a bit of disbelief, honestly that it is happening," he said. "My second thought was, how are we going to get out of this?"

He was overseeing 21 students with the Lombardi/Stamps Scholarship program as they completed their first week traveling abroad in Pretoria, South Africa. On Monday around noon local time, a UF faculty member and a UF staff member were on a bus with the students headed from the University of Pretoria to visit a nearby township.

The bus passed through a security gate and a car with six armed gunman followed the bus through the gate. When the group got off the bus, the gunmen followed them into a kindergarten classroom at the school where they were visiting.

“They had weapons and told everyone to sit down, and proceeded to take items," said Leedy. "It happened very fast, within three minutes it was over."

The robbery happened in a classroom full of kindergarten children.

No UF students were hurt but local residents who stepped in to help were injured in a shooting.

“As [the gunmen] were running for the car, apparently they started just shooting back randomly to get people to go away," said Leedy.

One local resident was grazed by a bullet and another was pistol-whipped. We're told the UF students provided them with first aid.

Leedy said the students were required to attend safety seminars before embarking on the trip to South Africa.

“The students, we train them of how to deal with this kind of situation," he said. "If someone is threatening you and asking for property, you give them the property, you don’t resist."

Danielle Hawk — who coordinates the study abroad program at Palm Beach Atlantic University — teaches her students the same thing. She works at the David and Leighan Rinker Center for Experiential Learning (RCEL) and they require all students to attend safety meetings before they can leave.

“We just give students general advice that they might not think of -- like when you’re walking on the street, don’t be looking down at your phone at your directions," she said. "Be aware of your surroundings... We also tell them to not keep things in their outside pockets or on their back in the backpack, it's easy to be pickpocketed that way.”

Students should also take seriously that they should never go out alone, even if it's during the day.

"Always have somebody with you. And make sure that there is someone who is not going with you, who knows where you're going," stressed Hawk.

“We use a risk management provider, that has a 24/7 emergency hotline," said Hawk.

Students and staff can call that number for immediate help in case of an emergency.

But parents also need to make sure they keep regular communication with their kids while abroad.

“We do the best that we can but also having these conversations with their students is really important," Hawk said.

With another week left in the trip, Leedy says they will be extra vigilant. He added that no incidents have ever happened in the nearly 10 years that UF has traveled to South Africa for this program.

“This can happen in many places, but that shouldn’t prevent students from wanting to experience other parts of the world," he said.

One of the students in the UF group is confirmed to be from Palm Beach County.

The UF students are currently back at the University of Pretoria, where they met with counselors and U.S. Embassy personnel.

A university spokesperson said the students were given the option to come home after the incident. Three of the students are in the process of returning to the U.S. and the rest of the group has decided to stay and finish out their program.