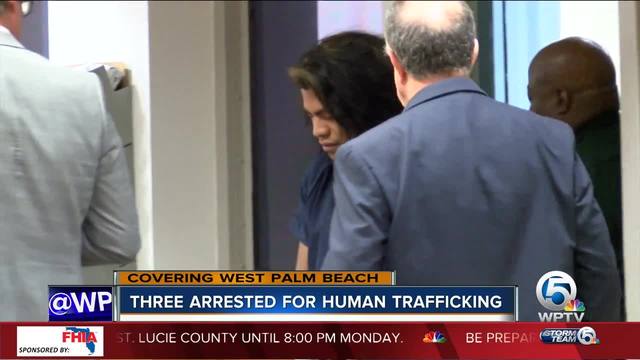 The rain poured down as West Palm Beach Police undercover agents handcuffed three men Friday afternoon they say are behind a prostitution ring. 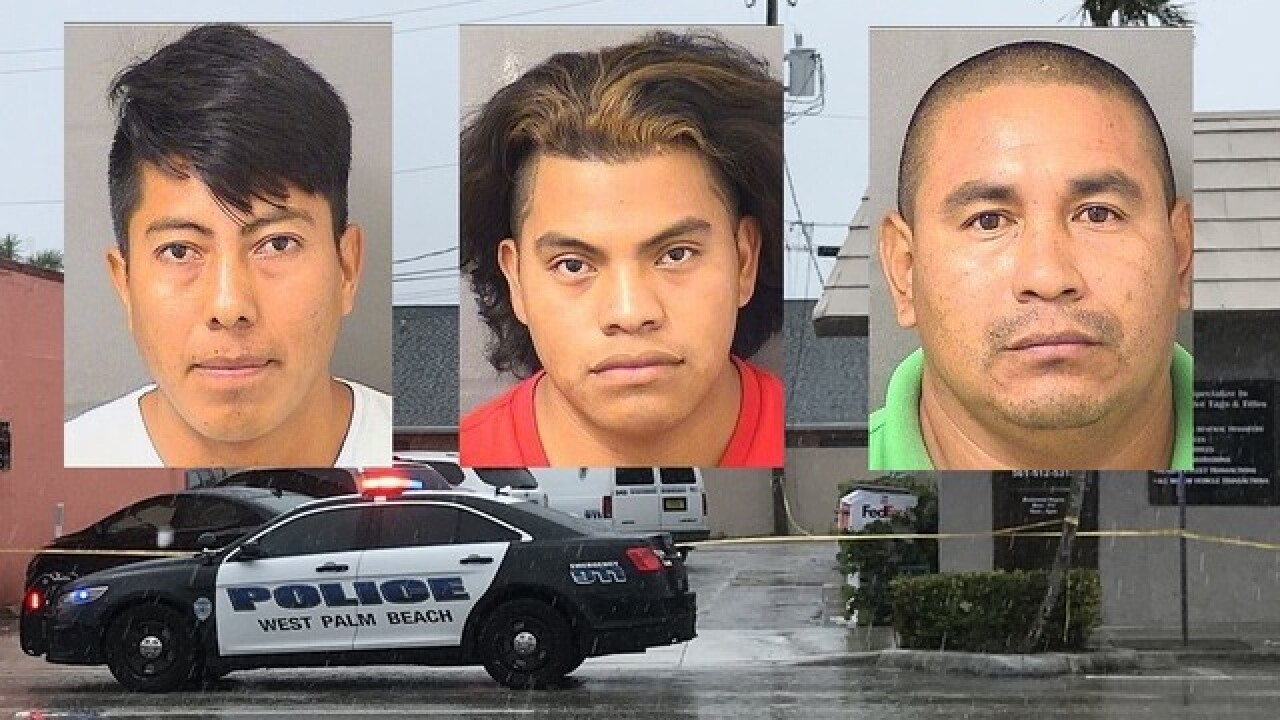 The rain poured down as West Palm Beach Police undercover agents handcuffed three men Friday afternoon they say are behind a prostitution ring.

Officers arrested Edictor Rosman Perez Morales, 33, Octavio Diaz, 20, and Bartolo Mazariegoschay, 41 in connection with human trafficking, maintaining a house of prostitution, and directing or transporting a person for the purposes of prostitution, according to a police report. Immigration and Customs Enforcement placed a federal hold on the men under accusations they are undocumented immigrants.

The arrests follow a months-long investigation in which detectives discovered a victim of human trafficking, the report states. Investigators received an anonymous complaint and conducted “numerous hours of surveillance.”

Anyone who suspects someone of being a victim of human trafficking is urged to call the National Human Trafficking Hotline at 888-373-7888.

“On May 25, U.S. Immigration and Customs Enforcement (ICE) lodged immigration detainers on 33-year-old Edictor Rosman Perez Morales, a citizen of Guatemala illegally present in the United States.  Perez-Morales is an ICE fugitive.  Bartolo Mazariegos-Chay, is a national and citizen of Guatemalan and has been removed from the United States two times previously.  20-year-old Octavio Diaz-Mendez, an illegally present Mexican national has been removed two times previously. The detainers were lodged following their arrest on multiple charges by local law enforcement in Palm Beach, Florida.

ICE is focused on identifying, arresting and removing public safety threats, such as convicted criminal aliens and gang members, as well as individuals who have violated our nation’s immigration laws.”

-Nestor Yglesias, a spokesperson for the Department of Homeland Security said in a statement.