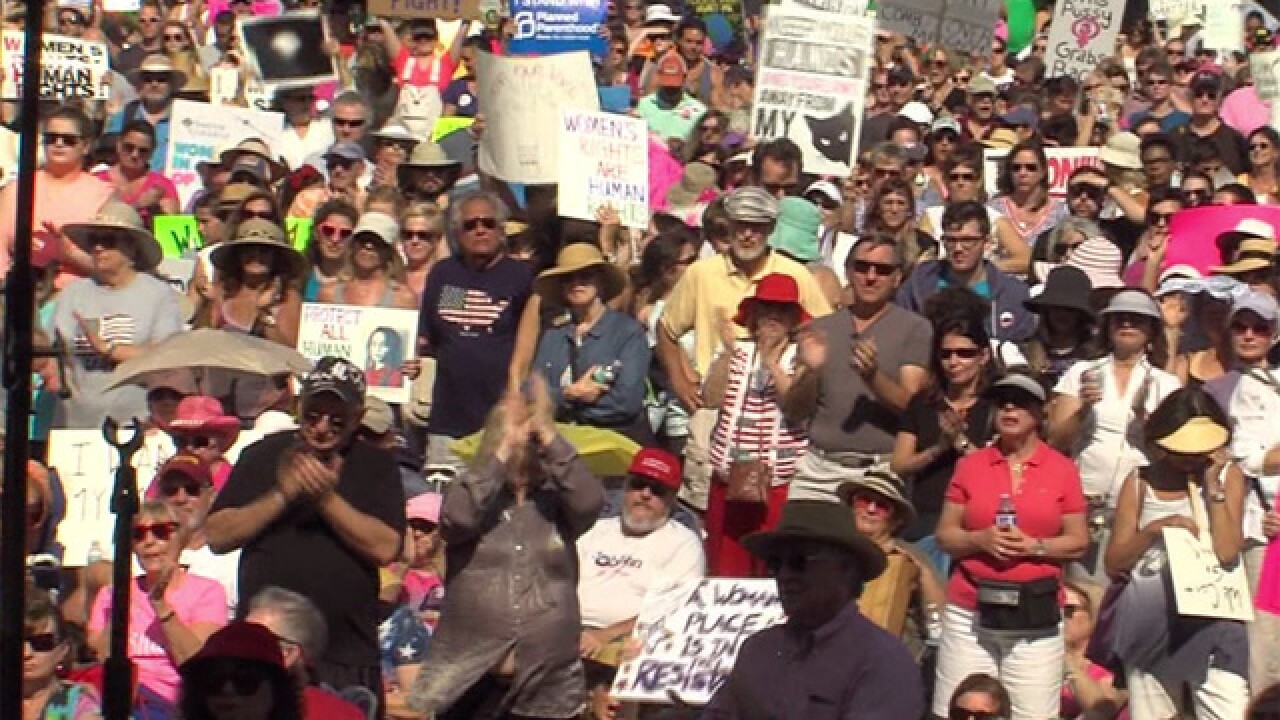 Many gathered in downtown West Palm Beach at the Meyer Amphitheatre to protest against our new President.

An estimated 5,000 people packed the venue.

The point of the rally was standing together.

"Love and kindness" - that message was sent to President Trump. At this rally many women wanted to bring attention to the issues they say matter the most to them.

"Here because of our reproductive rights and we want to show we're not going to let go of those," says Alexandra Smith.

They also made their voices heard about healthcare and equal pay for men and women.

Many carried signs with their own personal message.

The crowd also wanted to make this a positive message.

"Supposed to be for him to do what he said he's going to do in a positive respectful manner," says Debbie Albeck.

West Palm Beach police increased their patrols because of the crowds, however they reported no issues.