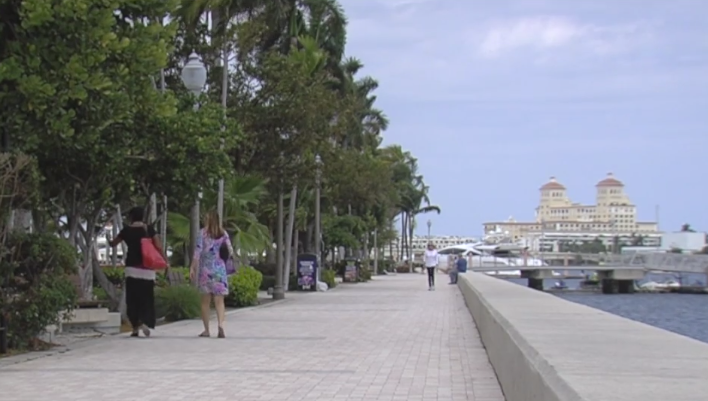 For north easterners Florida is now becoming more than a vacation destination, many are choosing to call it home. According to the U.S. Census more people located to Florida from July of 2017 to July of 2018 than any other state in the country.

PALM BEACH COUNTY, Fla. — According to the U.S. Census more people located to Florida from July of 2017 to July of 2018 than any other state in the country.

For Pesenti Palm Beach County residential real estate has been her bread and butter for the last couple of decades. She currently is an agent at Douglas Elliman.

You could say Pesenti has seen it all and now her client list is increasing.

"One of them said he's going to give his apartment to his children so he could become a resident of Florida," she recalled.

That's because Florida has no state tax and a recent change in federal tax law now makes it more difficult to deduct state income and property taxes in areas like New York, New Jersey, and other high-tax northeastern states.

Geoffrey Handler is a local attorney at McLaughlin & Stern he made the move from New York to keep up with his clients.

"Because of favorable economics many of them have relocated to Florida in terms of their residency," he said.

Now his firm helps others relocate. A trend Pesenti is not expecting to slow down.

"They're looking for better weather, most of people have witnessed snow storms and ice and slipping on ice. They won't miss New York," she said.