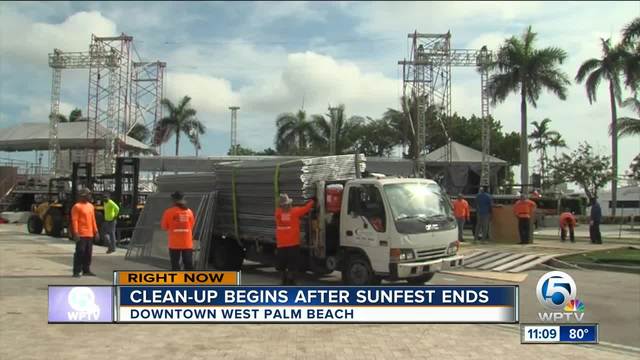 SunFest wrapped up on Sunday, and workers were up early cleaning up and taking down the stages. 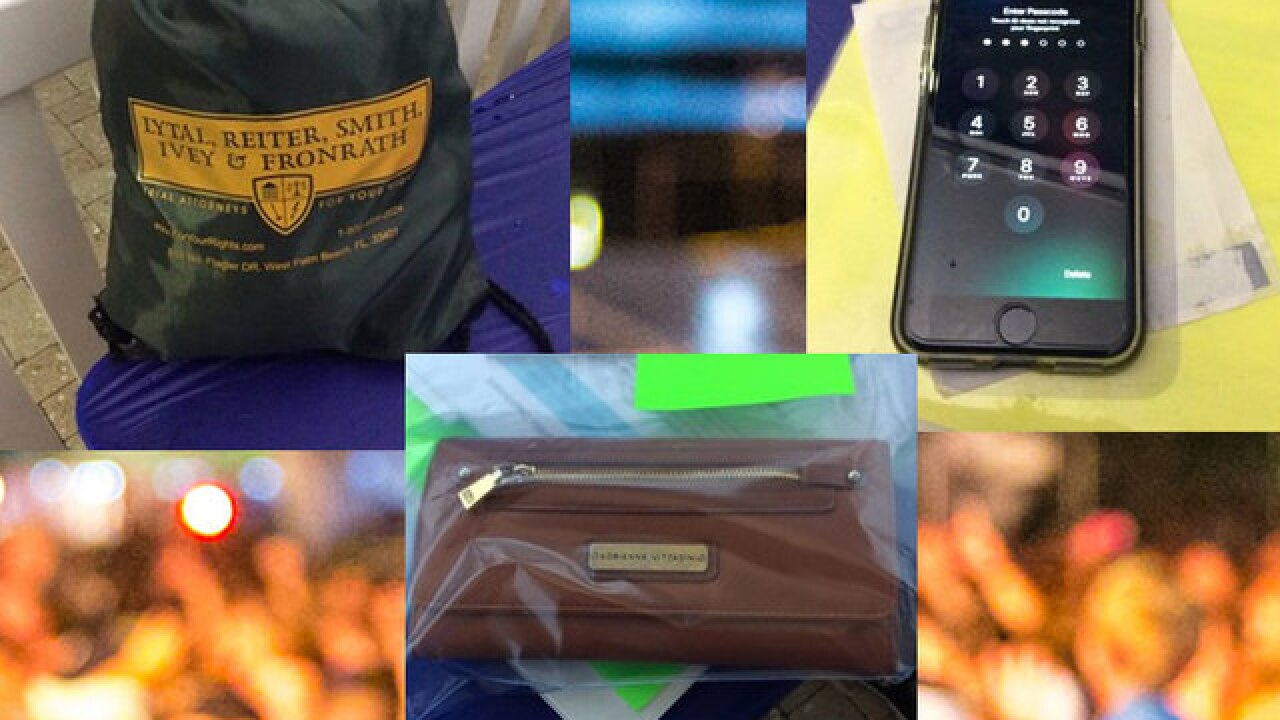 SunFest staff said now that the event is over and cleanup has begun, they are also busy trying to reunite visitors with their personal belongings left behind.

"They can file a claim for an item that they are missing. We go through everything that we have here at SunFest. It will continue as crews are cleaning up and we register that in as well," said SunFest spokeswoman Melissa Sullivan.

Depending on the item that you lost, you will be required to describe it in the claim and/or show photo I.D. when picking it up from lost and found.

CLICK HERE to look at items that were found at SunFest and learn how to make a claim.

As of 6:10 a.m. Wednesday, there were 72 unclaimed items, which included everything from phones to purses to keys.