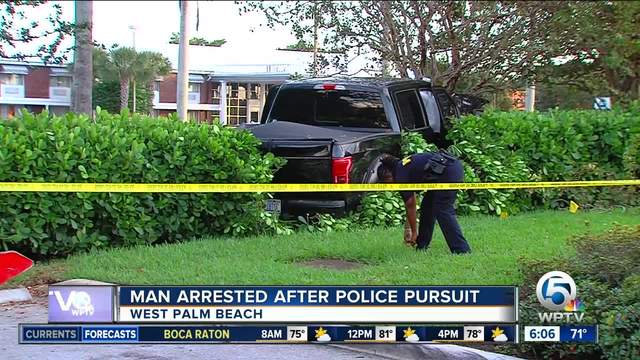 We're working to learn who police arrested following a chase and crash in West Palm Beach on Sunday. 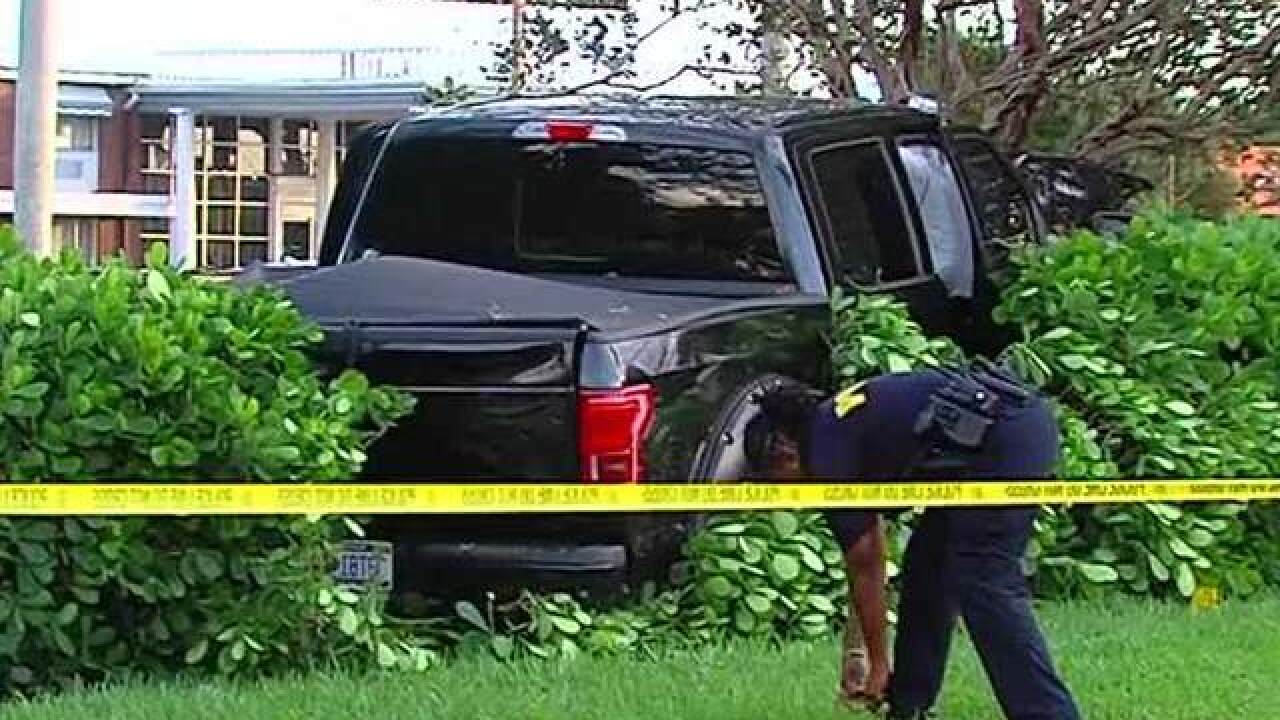 An 18-year driver was arrested following a chase and crash in West Palm Beach on Sunday.

The incident started when police responded to an alarm near Broadway and 37th Street.

When officers arrived, they say a pickup truck away from the scene.

Police chased the driver until he hit another car and lost control near the Target on Palm Beach Lakes Boulevard, hitting a tree.

No serious injuries were reported.

The truck was reported stolen in Fort Lauderdale.