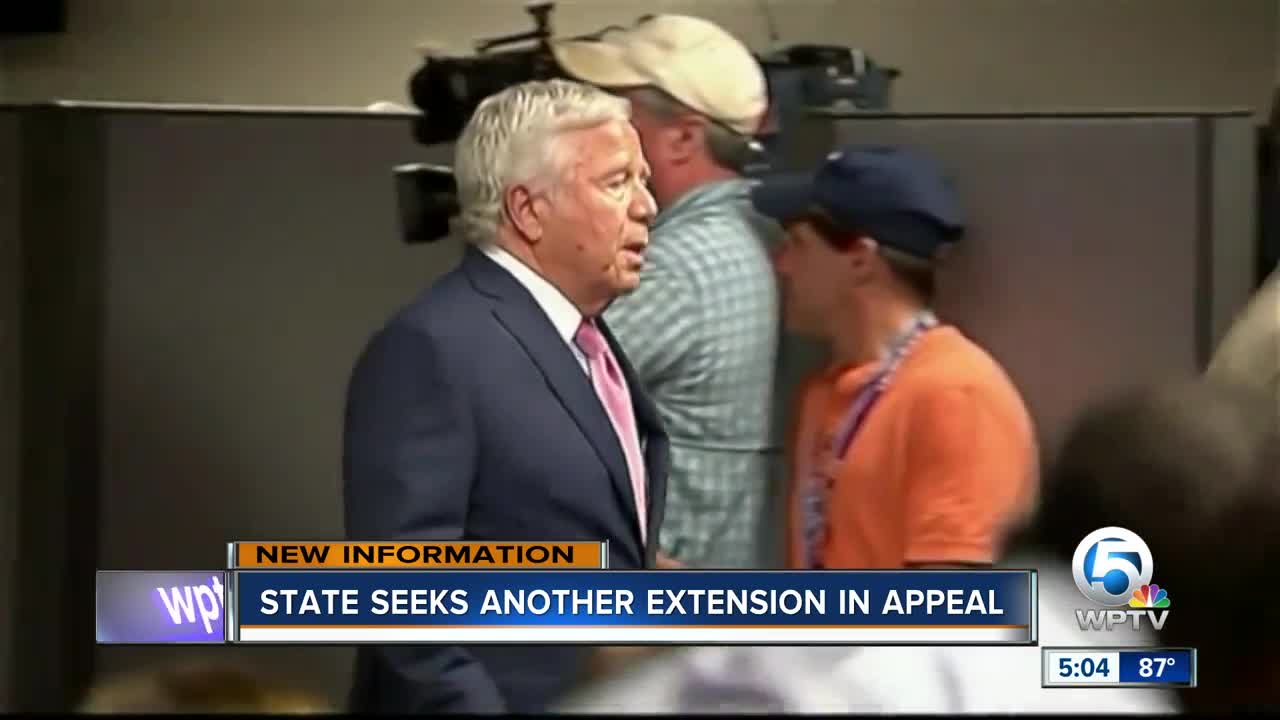 The Office of Solicitor General is asking for an extension in filing initial briefs appealing a decision in the case against Robert Kraft. 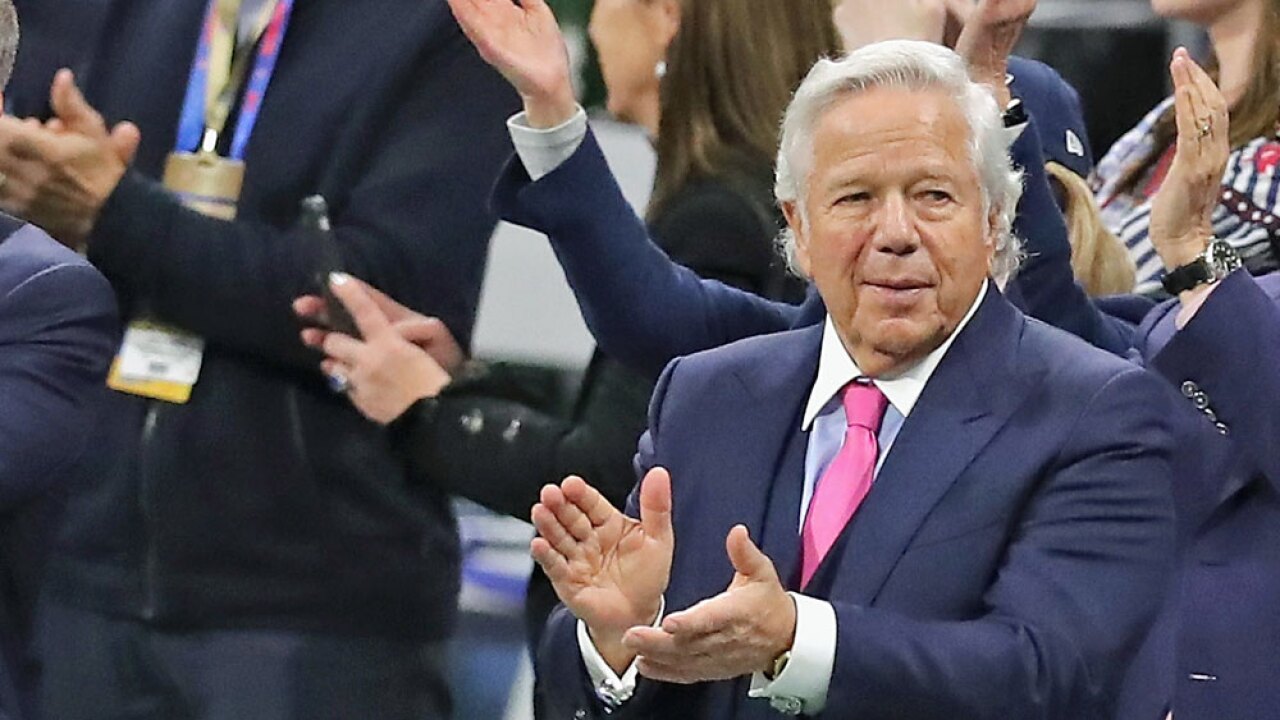 WEST PALM BEACH, Fla. - The Florida Solicitor General wants more time to file an initial brief in its appeal of a ruling in the case of alleged prostitution against Robert Kraft.

Attorneys for Kraft oppose the extension.

The state is appealing a decision that ruled audio and video secretly recorded inside the Orchids of Asia spa in Jupiter could not be used as evidence.

On Monday, the Office of Solicitor General filed for a 15-day extension with Florida’s Fourth District Court of Appeal, their second extension request. The court already granted a 30-day extension in August.

Attorneys for the New England Patriot's owner did not oppose the initial extension in August. However, Kraft's lawyers wrote then that they would "oppose any further extension."

Kraft's legal team has filed a response opposing the second extension request, noting the "State has already had nearly 90 days" to write an initial brief.

The court has not ruled on the latest extension request in Kraft's case.

Right now, the billionaire's case is on hold until a ruling is issued on the state's appeal. Kraft faces two charges of soliciting prostitution and says he is not guilty.

Officials behind the appeal have also asked for more time in appealing a similar decision against the four women charged in connection to the Orchids of Asia day spa.

Hua Zhang, 58, Lei Wang, 40, Lei Chen, 44, and Shen Mingbi, 59, face various charges in connection to alleged prostitution at the massage parlor. A judge ruled the audio and video secretly recorded in their case also cannot be presented at trial.

On Friday, the Solicitor General asked for a 30-day extension in filing its initial brief appealing that decision.

Attorneys for the four defendants filed a response opposing the 30-day extension, proposing instead that the state be granted an additional 15 days to file its brief. On Monday afternoon, the court granted the state's request for 30 more days.

This story has been updated to reflect that the court has granted the state's request in the case of 4 defendants charged in connection to the Orchids of Asia day spa.