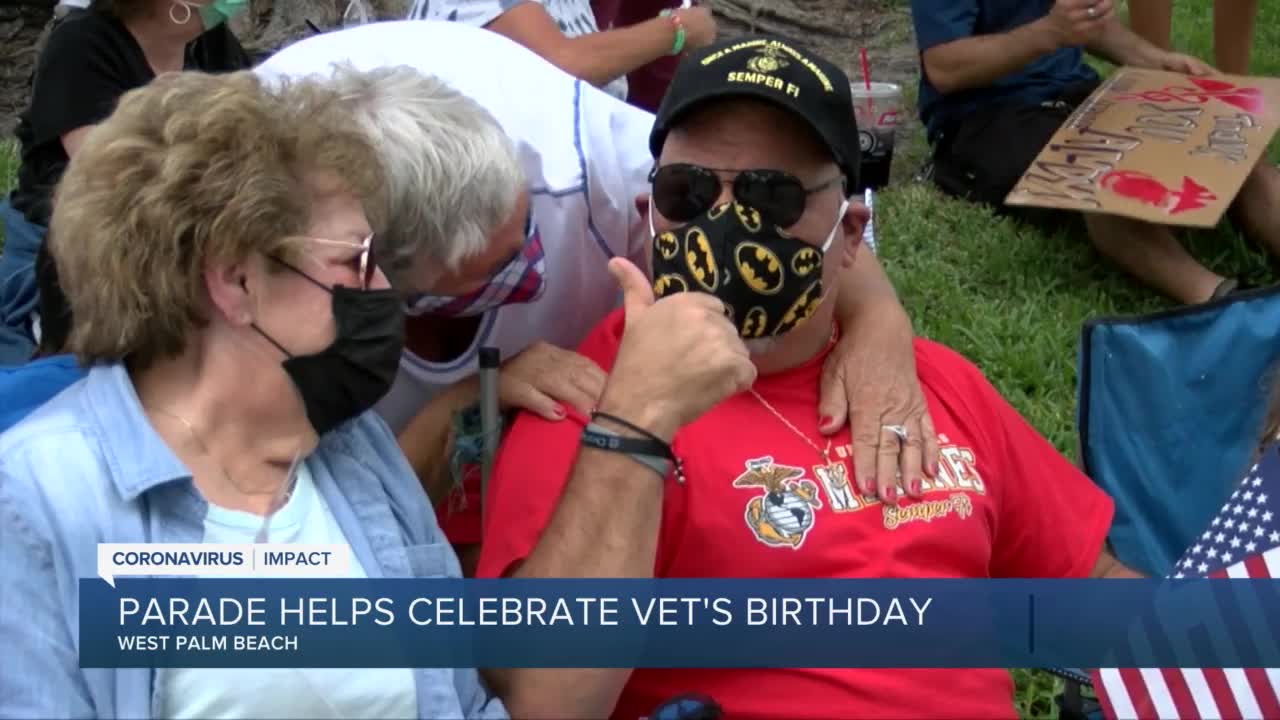 First responders from West Palm Beach Police and Fire Rescue flashed the lights and sounded the alarms on their vehicles on Saturday as they drove by veteran Andy Schott.

The heroes drive-by parade was to celebrate Schott's birthday and to send him a message of love and support.

Schott is a U.S. Marine who served for 6 years and was also a registered nurse.

He has been battling stage 4 brain cancer.

The cancer was discovered last year after he was involved in a car accident.

His friends and family were happy to help throw the surprise for him because of the impact he has had on the community.

Deborah Hager, a friend of Andy's, said, “It’s awesome because he’s so deserving of it. He’s given a lot back to the community and it’s nice to see the community coming back to give something for him.”