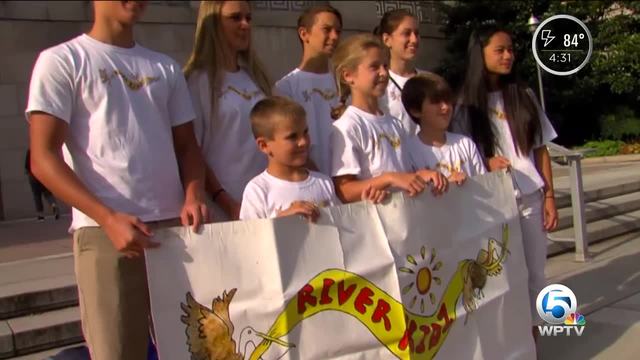 The River Kidz have wrapped up their busy day on Capitol Hill. 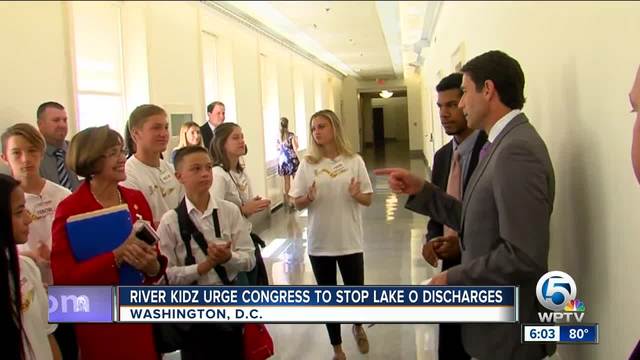 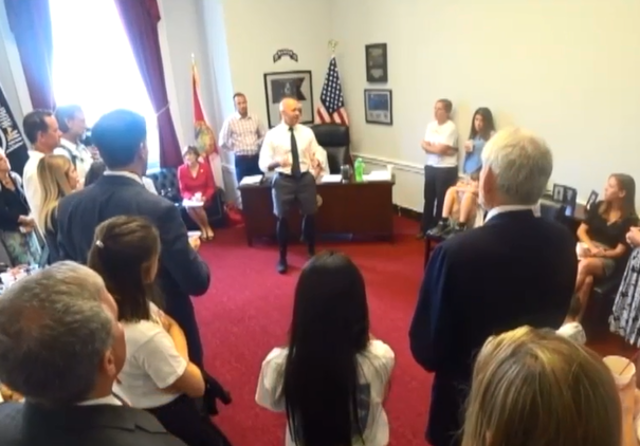 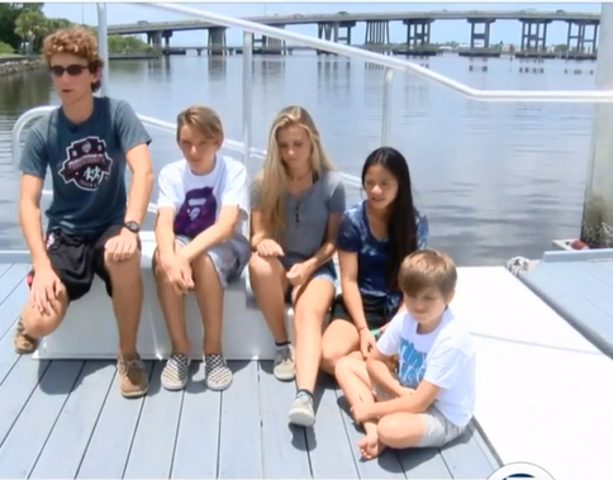 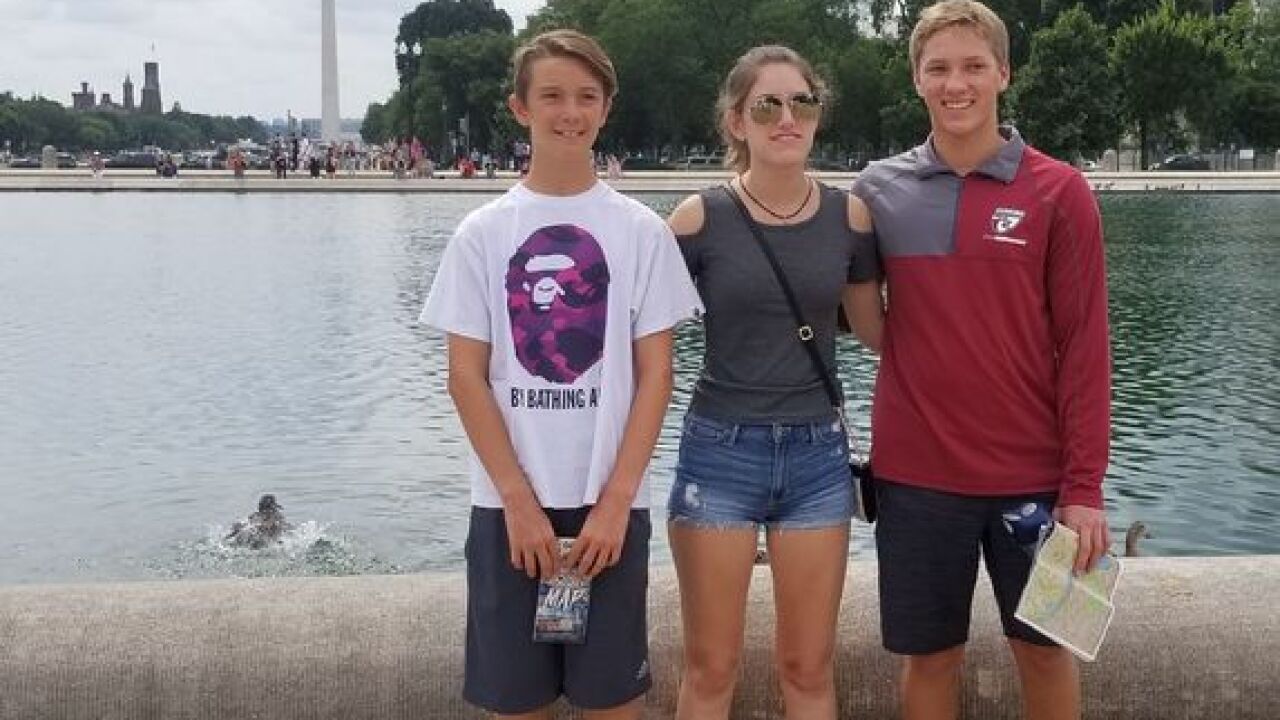 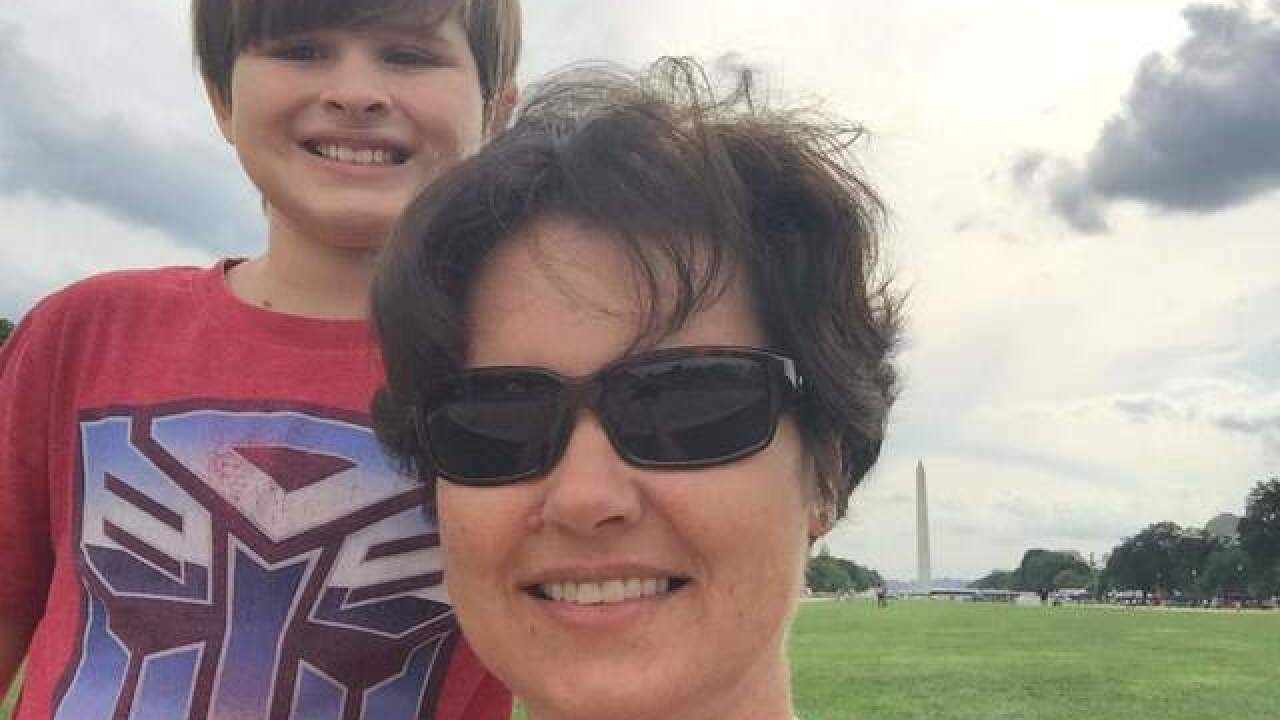 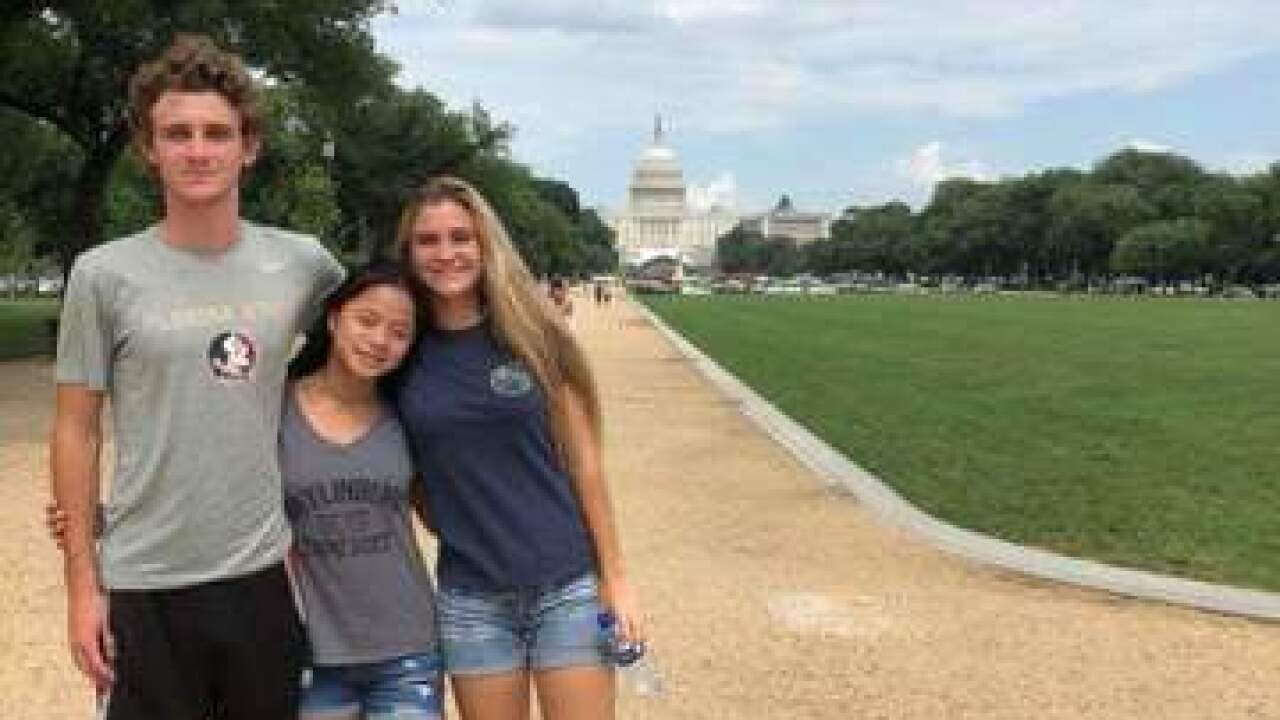 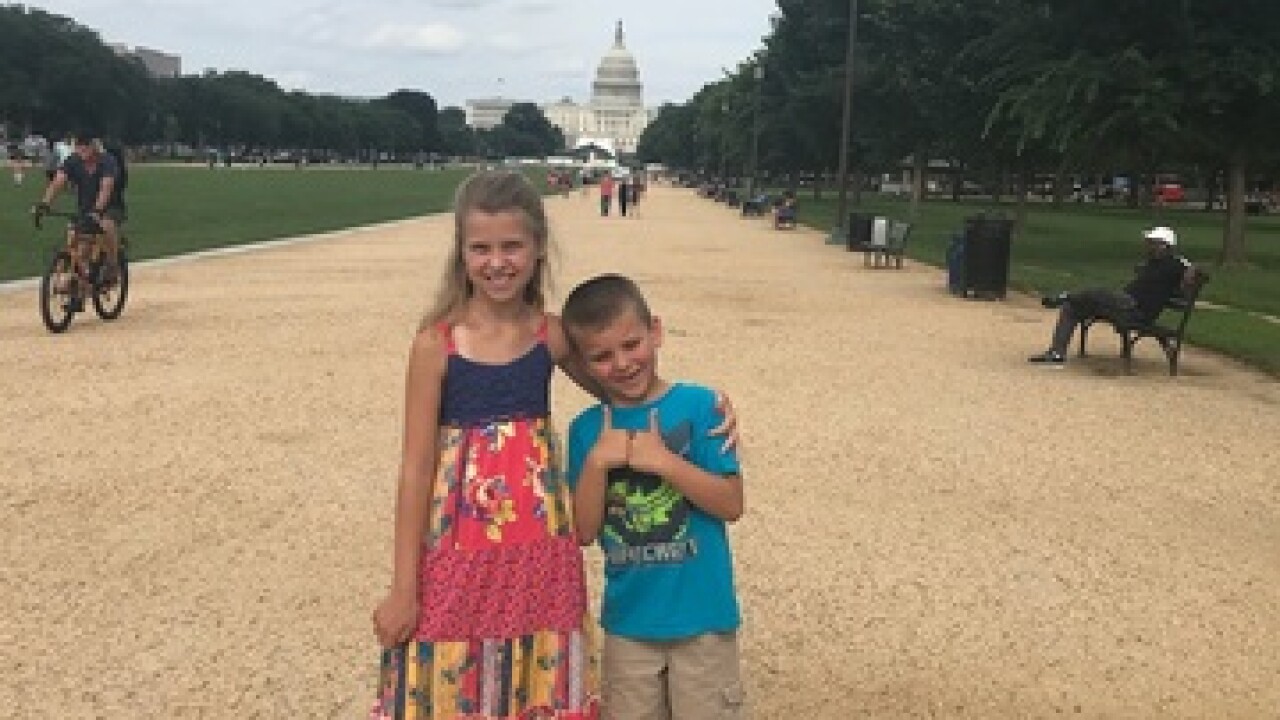 WPTV reporter Alex Hagan is in Washington, D.C., reporting on a group of Treasure Coast children who are meeting with officials about algae in the St. Lucie River and the federal response to it. Follow along with updates below all day.

TUESDAY - 5:30 P.M. - The River Kidz have wrapped up their busy day on Capitol Hill.

Here are some updates on their meetings:

The kids sat down with Col. Jason Kirk of the U.S. Army Corps of Engineers. I am told this meeting was just to go over the releases and what’s being done to cut down on them.

However, reporters were only allowed in the meeting for the first 30 seconds or so.

Around 3 p.m., the group met with Sen. Bill Nelson. Emma Wickham read a letter to the senator sharing her concerns about the algae blooms in her backyard.

After meeting with Nelson, the kids met with Sen. Marco Rubio. Emma read her letter to him as well.

So, overall a very successful day in the minds of all these young activists. Their stories did not fall on deaf ears.

They also gained a lot of knowledge on how the system works.

I talked to Freshman Madeleine Weiler. She felt optimistic about the meetings as every lawmaker they met with was understanding about the issue. Their hope is change happens.

Every single one of them told me, if nothing happens they will be right back here in Washington, D.C., to share their stories once again.

Thanks for following along!

In the meeting with Graves, Dr. Jim Vopal from Martin County expressed his concern about the possible health impacts of blue-green algae. That would include liver disease, rashes, maybe even Parkinson's Disease.

“We’ve been able to work together to understand how important this is,” said Graves.

Their next meeting was with Rep. Bill Shuster.

The kids showed him pictures of algae in the St. Lucie River today.

Katie Hinkle one of the RiverKidz asked Shuster: “What are you doing to fix this problem.”

Shutter told Hinkle that Congress is working with the Corps to stop those releases.

Dr. Vopal also told Shuster about health impacts. “How long of we have to accept these toxins until they stop? We need to do something.”

The next meeting on the agenda is with the Corps at 2 p.m.

“This is the 24th day the Corps has discharged water from Lake Okeechobee,” said Mast.

He is speaking about the RiverKidz on the floor with him.  “Their health and community have been threatened,” said Mast.

Right now he is talking about the algae blooms on Lake Okeechobee that can potentially head east and west into the St Lucie River and Caloosahatchee.

He added the discharges are wiping out seagrass and habitat in the St. Lucie Estuary and Indian River Lagoon.

“What a sad situation it really is,” said Mast. “Washington needs to care.”

TUESDAY 8:55 A.M. --We made it to Washington, D.C. Right now I’m in Rep. Brian Mast’s office as we prepare for the day to meet with lawmakers.  About dozen River Kidz are here excited to talk about the water issues in the St. Lucie River.

Congress Mast is talking to the kids now.

He is also briefing everybody about who the kids will be meeting today.

Congressman Garret Graves the Water Resources and Environment Subcommittee Chairman will be one of their first visits.

Just before noon, they plan to meet with Congressman Bill Shuster, Transportation and Infrastructure Committee Chairman.

I'll have more updates as the day goes on.

MONDAY: Hey Everyone! Alex Hagan here with WPTV Newschannel 5. I am at Palm Beach International Airport waiting to board a plane to Washington, D.C.

So I’m heading to DC to follow the River Kidz as they meet with lawmakers about the ongoing water crisis on the St. Lucie River and Indian River Lagoon.

For those who don’t know, the River Kidz was formed in 2011, a youth movement to revive the St. Lucie River.

Their goal is cleaner water on the Treasure Coast, working to ensure the water is safe.

You may recall in the Summer of 2016, the thick green matted algae that invaded the St. Lucie River after the U.S. Army Corps of Engineer began discharging water from Lake Okeechobee in January.

Many business owners lost thousands of dollars, the tourism industry suffered, and questions were brought up about the potential health impacts of the algae.

In May, we saw heavy downpours for several weeks. That raised Lake Okeechobee to an alarming level. The Corps had no choice but to release water.

This is because repairs continue on the Herbert Hoover Dike around the Lake which protects thousands of people from catastrophic flooding.

The Corps gets nervous if lake levels approach an alarming level.

That means water gets released into the St. Lucie Estuary and the Caloosahatchee which is harmful to both.

So that brings me back to the River Kidz and their efforts to prevent this from happening. They host cleanups, educational outreach programs, and even conduct protests for cleaner water.

Tuesday they will be in D.C. to let lawmakers know what these harmful discharges are doing to their backyard.

They will be meeting with Congressman Brian Mast early tomorrow morning before meeting Congressman Garret Graves the Water Resources and Environment Subcommittee Chairman.

Just before noon, they plan to meet with Congressman Bill Shuster, Transportation and Infrastructure Committee Chairman.

At 2:00, the River Kidz will meet with the Army Corps followed by meetings with Senators Bill Nelson and Marco Rubio.

I will be there every step of the way as they push for change and action and will update this blog constantly.