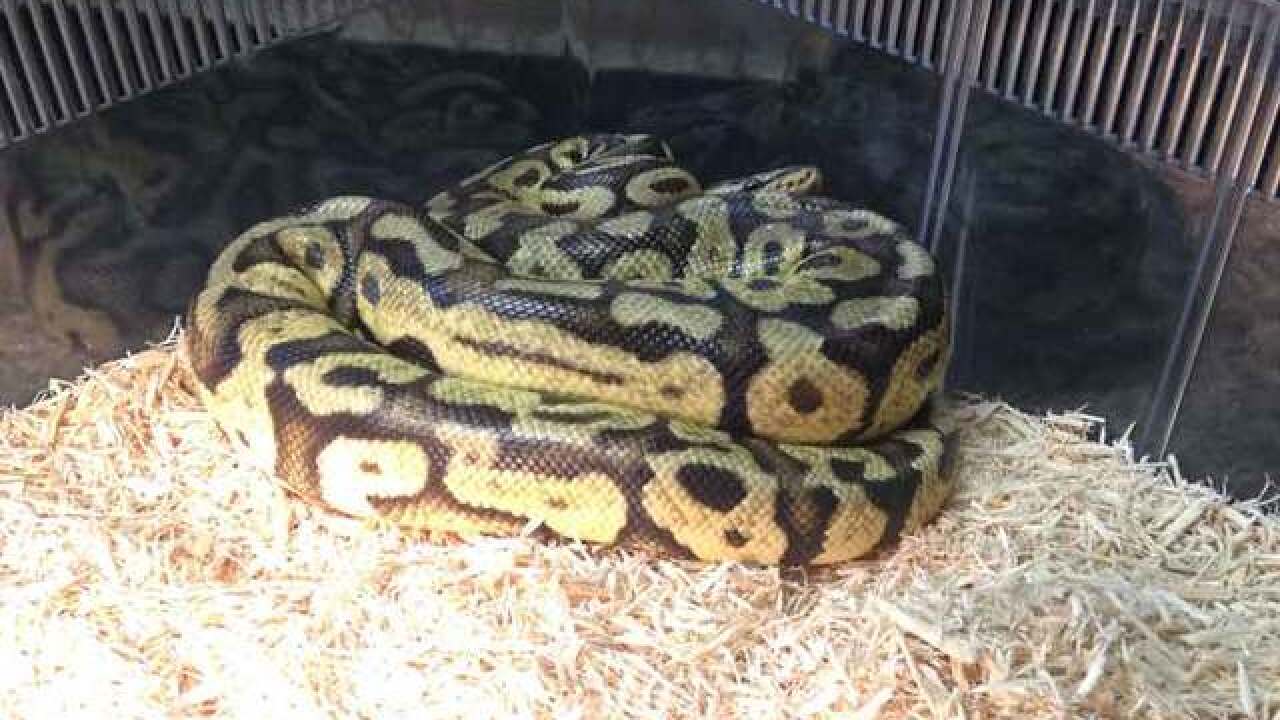 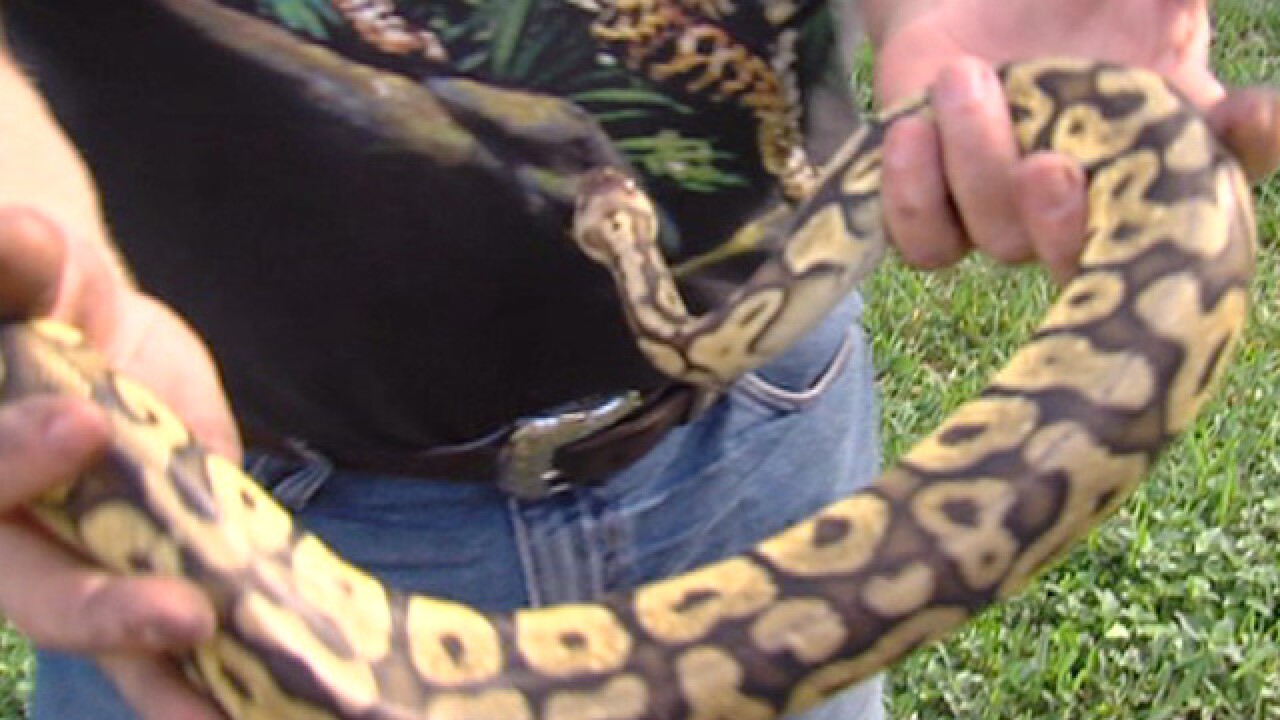 It gives a whole new meaning to the phrase car trouble.

A 3 foot Ball Python slithered its way into the engine of an SUV.

The driver tells us he noticed his car was overheating Tuesday morning.

He pulled over near Village Boulevard saw the snake, and called police.

"When I walked over there, I go 'so where is the snake?' and they say 'well, it was up here in the engine, but then it crawled back over here,'" he says.

McCarthy's an expert in this kind of work.

"I kinda tapped it's tail a bit to get it to move, then it crawled back up into the engine compartment," he says.

McCarthy was able bring the snake back to his wildlife sanctuary, where he'll have plenty of company.

McCarthy says the Ball Python is a common pet snake.

He also says it's not the first time he's pulled one from a car.

Unlike some of the other snakes he comes across in his line of work, this one is NOT venomous.

But due to some recent escapes with more dangerous snakes, the state of Florida and the FWC are looking to tighten regulations-- specifically on snakes that can kill.

"I think this is just a couple of unfortunate incidents that happened, and it's going to put a bad rap on everybody else that keeps their animals good...in the proper situation," McCarthy says.

McCarthy says his cages are made out of PVC and the room is extra insulated - making it virtually escape proof.

Check out our recent story on venomous snakes that might be residing in your neighborhood.

The interactive map below shows the exotic animal permits: