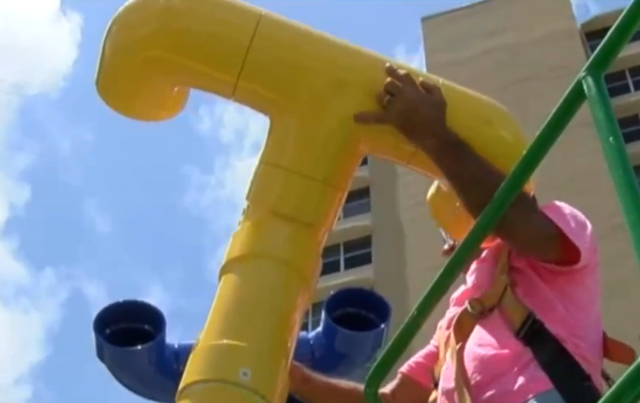 Sunfest kicks off on Wednesday. The Art District opens up Friday and runs through Sunday. A special series of sculptures that are displayed across the world will be at Sunfest. 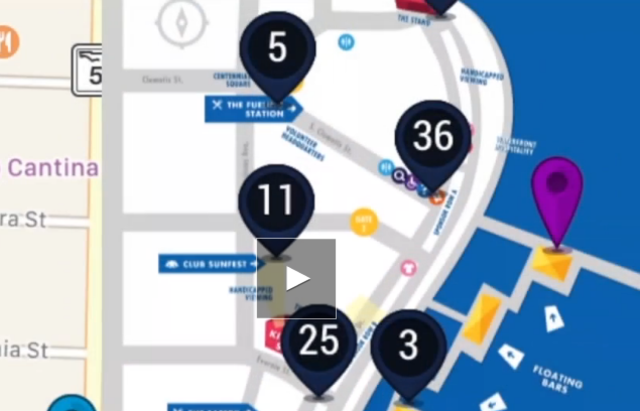 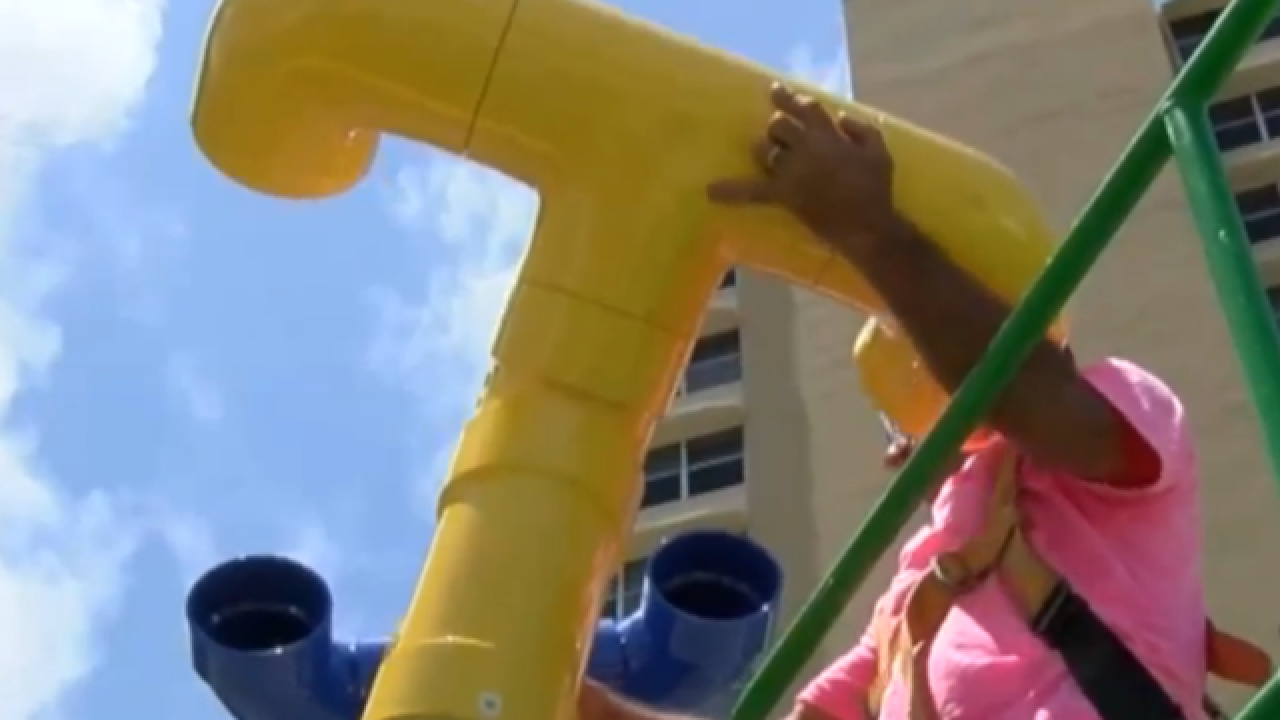 It's just two days away.

From Snoop dog to Weezer and Loverboy, get ready for big names at this year's SunFest. The fun starts Wednesday and runs through Sunday.

Not only is there going to be lots of live music but also some new additions to the arts as well. Local artists like Beju Lejobart are busy preparing for the festival.

"It is my tallest, my biggest yet," said Lejobart, pointing to his colorful and eye-catching sculptures, a character he created called "Dudali".

"I'm actually in the process of trademarking the name," said Lejobart.

Lejobart and his godson spent a few hours on Monday constructing the 18-foot tall blue and yellow sculpture in the median on Flagler Drive.

"Dudali is made of PVC pipes and it's a human character that I configure -- any way that the human body can take -- I can do with my Dudali," he said.

The sculpture set up at SunFest features two figures engaged in an intricate tango dance.

"I express myself through body language, so when you have several together, they interact. The idea is that you will want to interact with them," he said. "That's why they're really popular. Right now, there's a couple on Clematis on a bench, people take selfies with them."

The Dudali sculptures have garnered attention from around the city and even the world.

"I just got back from Finland...I did one in ice in the arctic circle," said Lejobart.

The style was done as a tribute and gift to his wife, fellow artist Sherryl Muriente.

The sculpture sits at the entrance of an all-new, revamped version of the arts area, called the Arts District.

"We turned it on it's side," said Melissa Sullivan, SunFest marketing manager. "Made it interactive with live paintings, art that our patrons can participate in creating."

After changing up the food scene last year, Sullivan said organizers decided to do the same with other aspects of the festival.

"We just saw the reception of changing something as simple as food and seeing how people received it. And we thought, what else on site should we take a look at? And art was that," she said.

Artists like Lejobart are happy that an emphasis on the arts will make a difference for local artists, especially in a venue with celebrity musicians from across the country.

"To associate those big names with local artists is huge," he said. "As an artist, you need to expose yourself as much as possible."

SunFest operates within the city limits of West Palm Beach, but is not put on by the city. Still, city leaders say they are excited to host such a large festival, one that beings in thousands of people from 45 states and 26 countries.

Roog said the city is welcoming the new and needed revenue.

"Over $15 million that the festival brings. And that equates to about $103 per person that they end up spending," said Roog. "It's good for the city, we get to see some of those dollars spent on supporting our local businesses."

Roog added that they are excited to see the growth of the bike share system and using other methods of transportation in downtown.

"There are so many different ways to get around downtown West Palm Beach other than your automobile that it can be an easy way to get around, whether that's trolley, walking or biking," he said. "Frankly, myself I skateboard down Clematis."

If you bike to SunFest, there is a bicycle valet service available that is free of charge. The bike valet service, which is run by the Downtown Development Authority, is located on North Clematis Street at Centennial Square and the fountain, near SunFest’s Clematis Street gate. Click here for more details.

West Palm Beach police will be on patrol as usual this year to provide security and keep the traffic and crowds flowing smoothly through downtown. Depending on pedestrian traffic, Clematis Street at the 200 block may close at times. This Sunday, the westbound on-ramp to Okeechobee Boulevard from Australian Avenue will be closed to help ease traffic as well.

This year, SunFest is offering advanced parking a good rate of $12 per day or $48 for five days at three city government garages and lots.

"The governmental center, the judicial center and the 4th Street surface lot," Sullivan clarified. "There's certainly plenty of private parking and options as far as Uber and we have codes for that."

SunFest is also pushing its mobile app, which packed with tools like maps, schedules and promo codes for freebies.

"Your phone will remind you when your band is about to take the stage in 15 minutes," said Sullivan. "The map is really interactive in terms of where you are, to where the closest ATM or something is."

With such a large amount of people flocking to one area, cell phone signals can also get crowded. The app allows people to navigate the area with downloaded content.

"We bring in cellphone boosters and everything we can to make that user experience better working with the providers, but you still have congestion," said Sullivan. "So when you have the app on your phone, you're not going to the Internet and back. It's all on your phone, that quick."

Just search for 'SunFest Official' on your smartphone app store. It's available for both Apple and Android devices.

The family zone is also being transformed into the "Chill Zone" to serve families and people of all ages.

"A lotus lounge of hammocks in there, Jenga games, cornhole," said Sullivan. "A great place to recharge and relax."

With some rain showers scheduled in this week's forecast, please note that SunFest goes on rain or shine. If the weather forecast calls for rain, please bring rain gear and umbrellas. SunFest does not refund or exchange tickets due to inclement weather. Click here for more information.