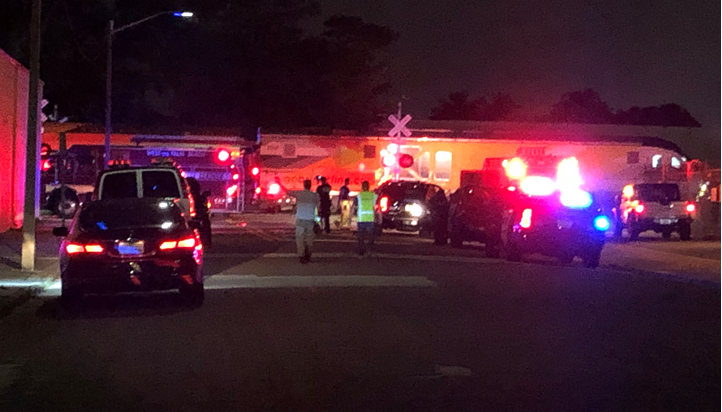 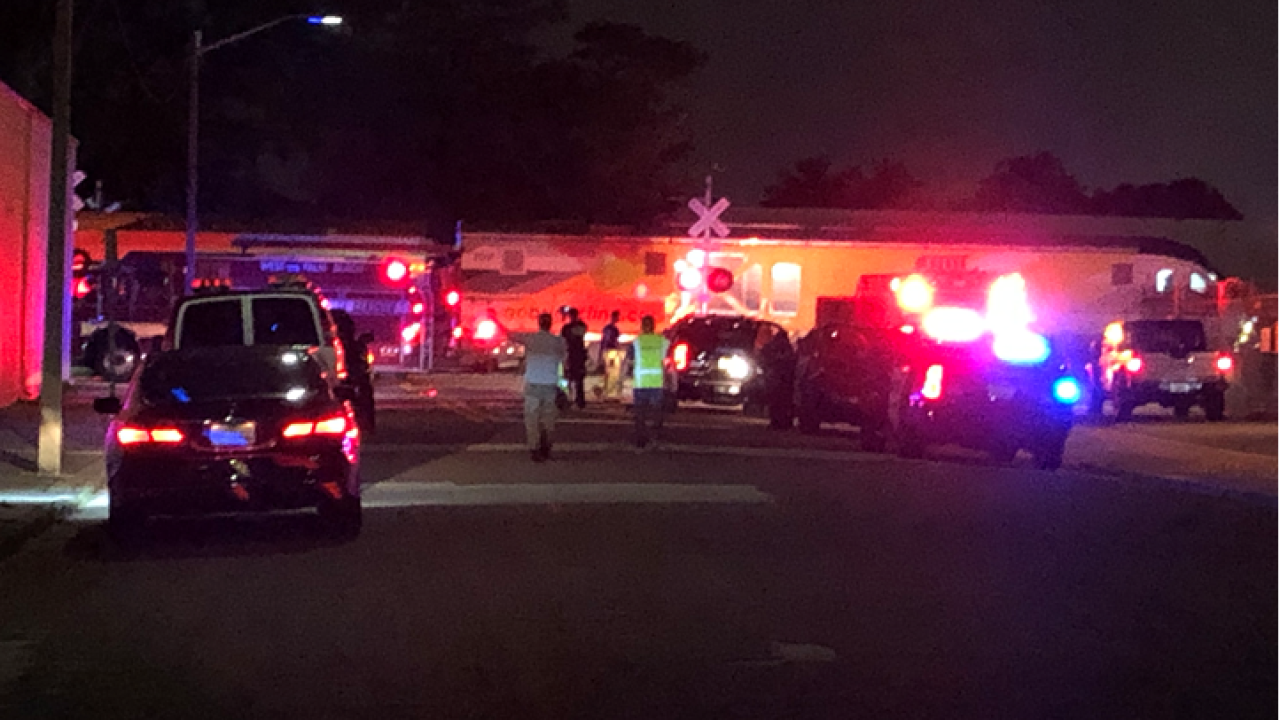 PALM BEACH COUNTY, Fla. — West Palm Beach Police say a driver died Friday night when their vehicle was struck by an oncoming train after they drove around a railroad crossing gate.

The crash happened along the Florida East Coast Railway tracks at Avon Road, one block from the intersection of Park Place and Dixie Highway.

A southbound train passed through the crossing and the gate arms remained down.

The Corvette attempted to go around the gates and was struck by a northbound train. The driver of the Corvette died as a result of their injuries.

Many people who were dining at popular establishments tell WPTV they initial thought the sound from the accident was thunder. But out of respect for the family of the person or people involved did not want to go on camera.

The West Palm Beach Police Department is investigating a north bound Virgin train vs vehicle accident at Avon Rd. and the FEC tracks. This is an active scene involving a fatality with officers and firefighters on scene. Crossings between Kanuga and Avon are closed indefinitely.