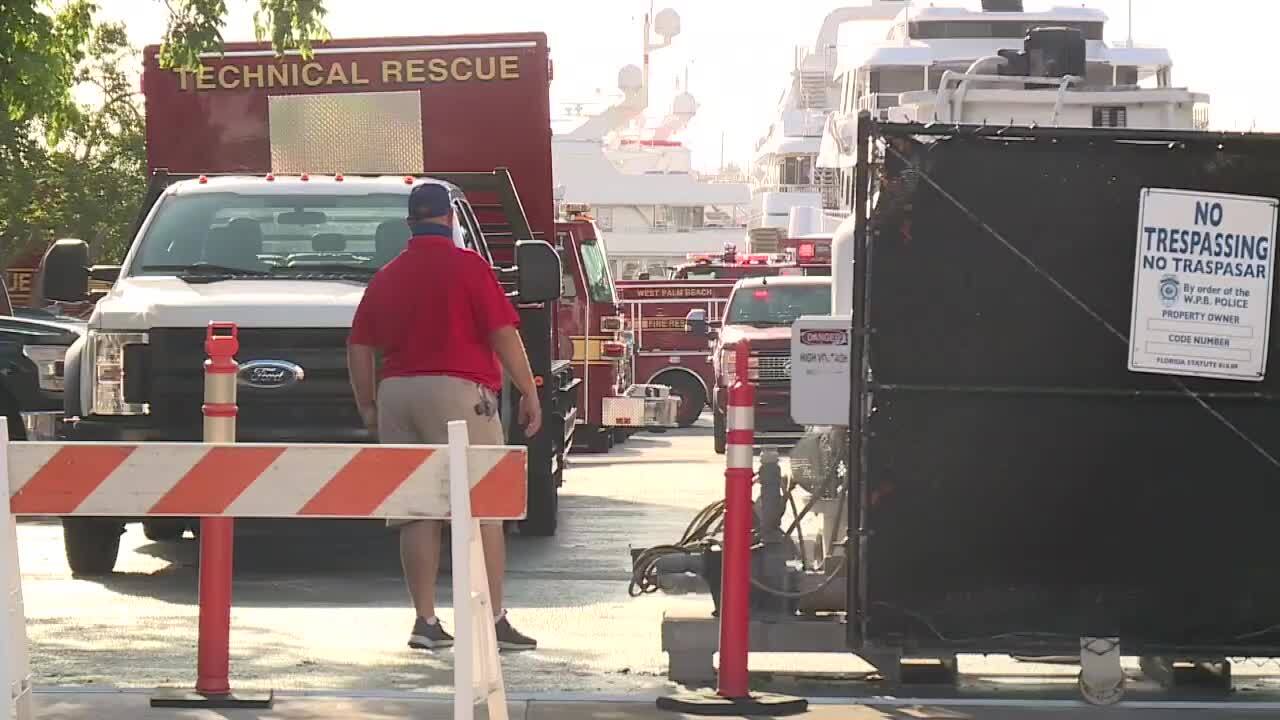 Copyright 2020 Scripps Media, Inc. All rights reserved. This material may not be published, broadcast, rewritten, or redistributed.
WPTV
A worker was electrocuted at the Rybovich marina in West Palm Beach.

WEST PALM BEACH, Fla. — A worker at a West Palm Beach marina was electrocuted Friday morning while performing maintenance to the wiring on the docks, police said.

Paramedics arrived and pronounced the man dead at the scene. He was later identified as James Miller, 55, of Boynton Beach.

Lefont said one of the circuit breakers had been left on to test its integrity and determine if it needed to be replaced. He said Miller "made contact" with the live connection, electrocuting him.

The Occupational Safety and Health Administration is also investigating the death.