“It was a powerful message that the community was sending.” 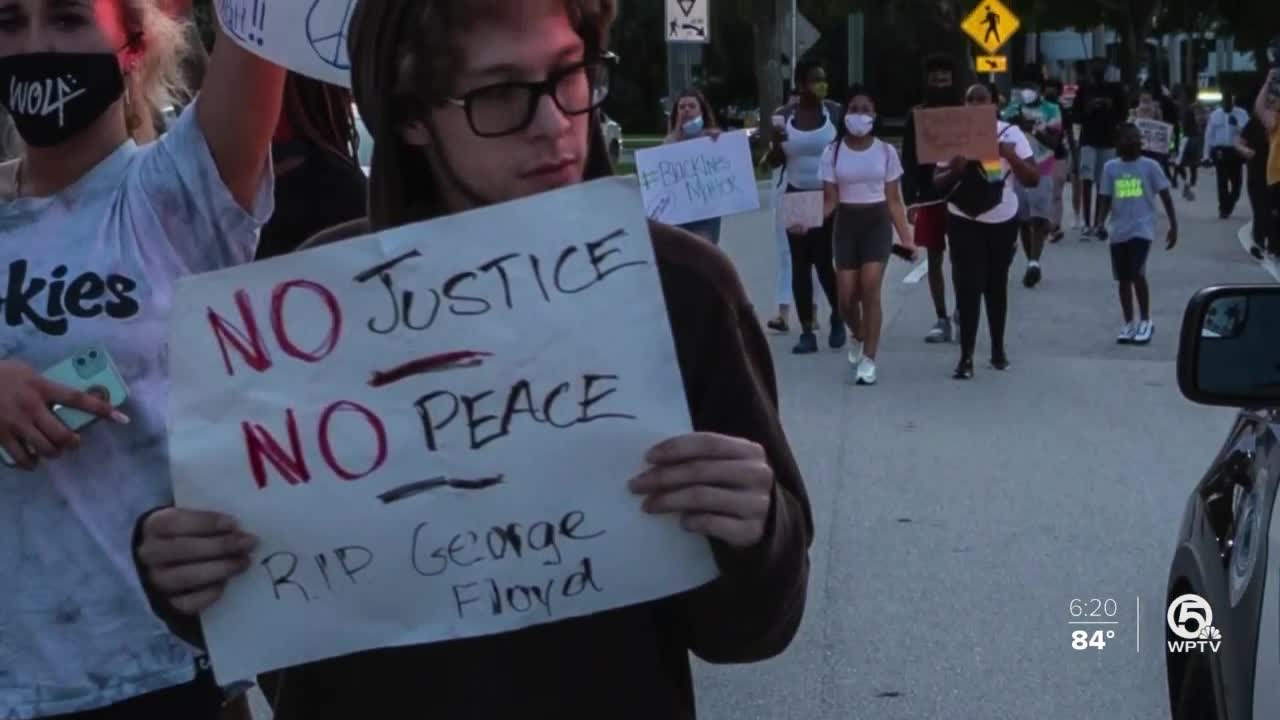 A Palm Beach County photojournalist is sharing experience through the eye of his camera lens after attending a protest in honor of a man killed in police custody.

PALM BEACH COUNTY, Fla. — A Palm Beach County photojournalist is sharing experience through the eye of his camera lens after attending a protest in honor of a man killed in police custody.

Hundreds gathered Sunday afternoon in West Palm Beach for a rally in memory of George Floyd while calling out racism and police brutality.

Protesters marched from Rosemary Square to the Meyer Amphitheatre for several hours, before heading to I-95.

The interstate was shut down for nearly two hours as people formed a line stretching across the highway.

Once Smith learned what was happening Sunday afternoon, he grabbed his camera made his way downtown.

“I realized this was going to be an important part of history, so I thought that it really needed to be captured,” said photographer Zach Smith. “I saw a lot of non-violent protesting and people talking about George Floyd and the lives that were lost to police violence.”

He participated in the evening portion of the march from Clematis Street to Palm Beach while capturing some of the most emotional moments from the event.

“It was a powerful message that the community was sending,” said Smith.

George Floyd's death, which was videotaped by passersby last week, led to the arrest of a former Minneapolis police officer and sparked protests across the nation.

“This is a war on belief systems and what people believe is right and what is wrong.”