A semi crashed and is lying on the Tri-Rail tracks in West Palm Beach near Forest Hill Boulevard.

A tractor-trailer crash Monday morning on the train tracks in West Palm Beach created delays for drivers and Tri-Rail commuters.

A semi ended up lying on the northbound Tri-Rail tracks in West Palm Beach near Forest Hill Boulevard. 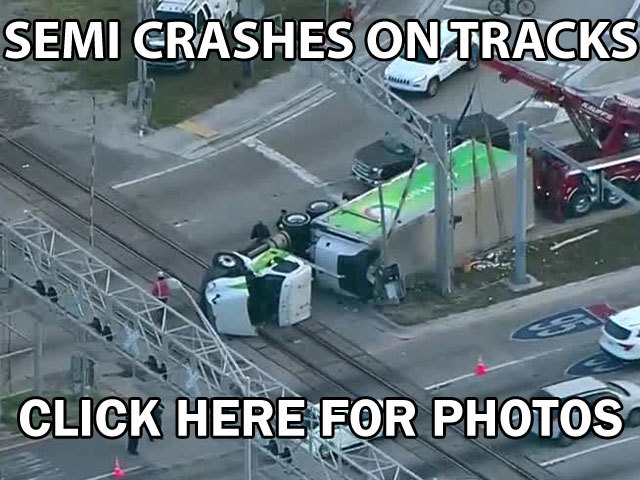 Chopper 5 flew over the scene at 7 a.m. and spotted a Tri-Rail train stopped nearby while two tow trucks worked to upright and remove the semi.

Investigators say the truck driver was traveling approximately 35 mph and misjudged the turn which caused the rig to flip.

Tri-Rail was running on time for the afternoon commute.