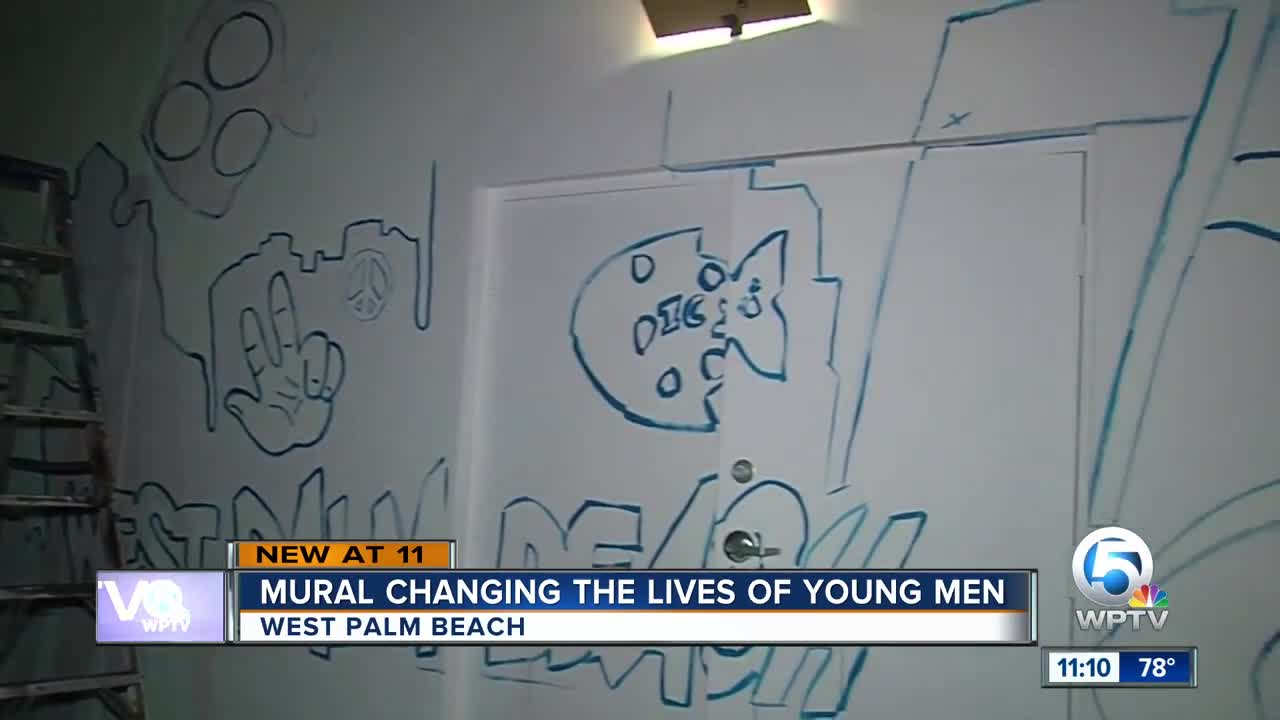 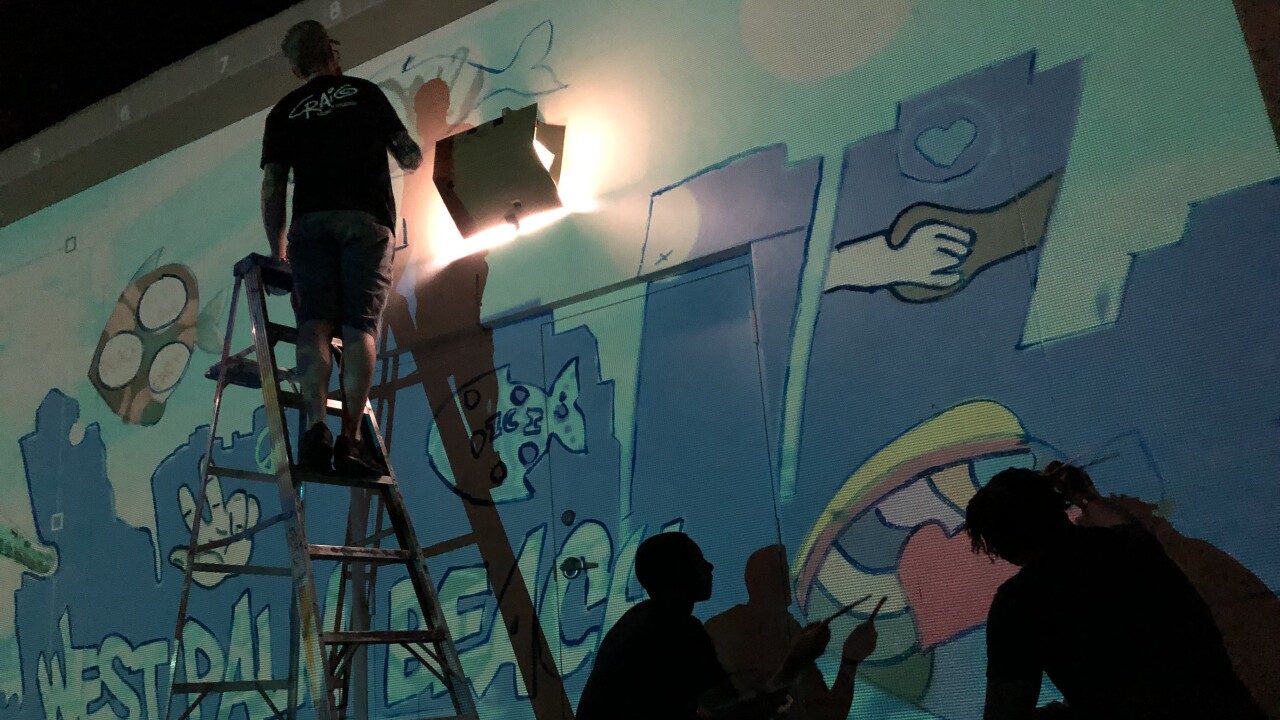 WEST PALM BEACH, Fla. — A project between the Community Redevelopment Agency of West Palm Beach, a local artist, and Inner City Innovators aims to reduce violence among at- risk youth and beautify the Northwood community.

A new mural is being designed on the exterior wall of Lot 23 Studio where Broadway Avenue dead ends into Northwood Road, and it's changing perceptions for both the artists and the neighborhood.

"I think public art plays a huge part in telling people who don't know about an area, what the personality of that place is," said Craig McInnis, professional artist, Lot 23 Studio.

McInnis knows about the struggles his neighborhood faces with youth violence, so he wanted to do something about it and who better to work with than Ricky Aiken, creator of Inner City Innovators, an organization that mentors at risk youth.

"He takes his mentees places and has them do different things and experience different things. I thought let's do this art thing cause art and music is so good for opening up the mind and calming the spirit," said McInnis.

With help from the CRA, the mural project came to life. It's shows the identity of the coastal community with underwater art and breathes hope and encouragement through the pieces added by real young men in the community.

"I thought outside the box. My mom is gay so I was like OK, you know, colorful stuff, happiness," said Jarques Williams who chose rainbow colors for the fish he added to the mural.

"It has changed my life completely. It made me a better person," said Williams.

Aiken says the success of his program relies on the young men painting a different picture of their future and feeling like they're a part of something bigger.

"Every time these young men walk through this community, they can point at that wall and say I did that," added Aiken.

It will take about 6 weeks for the project to be completed, but the skills and experience the young men involved will gain will last them a lifetime.