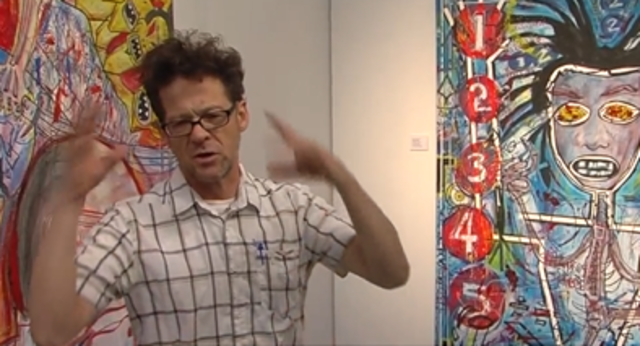 A music celebrity is using his skills as an artist to help local charities in Palm Beach County . The exhibit is about to open in Lake Worth. 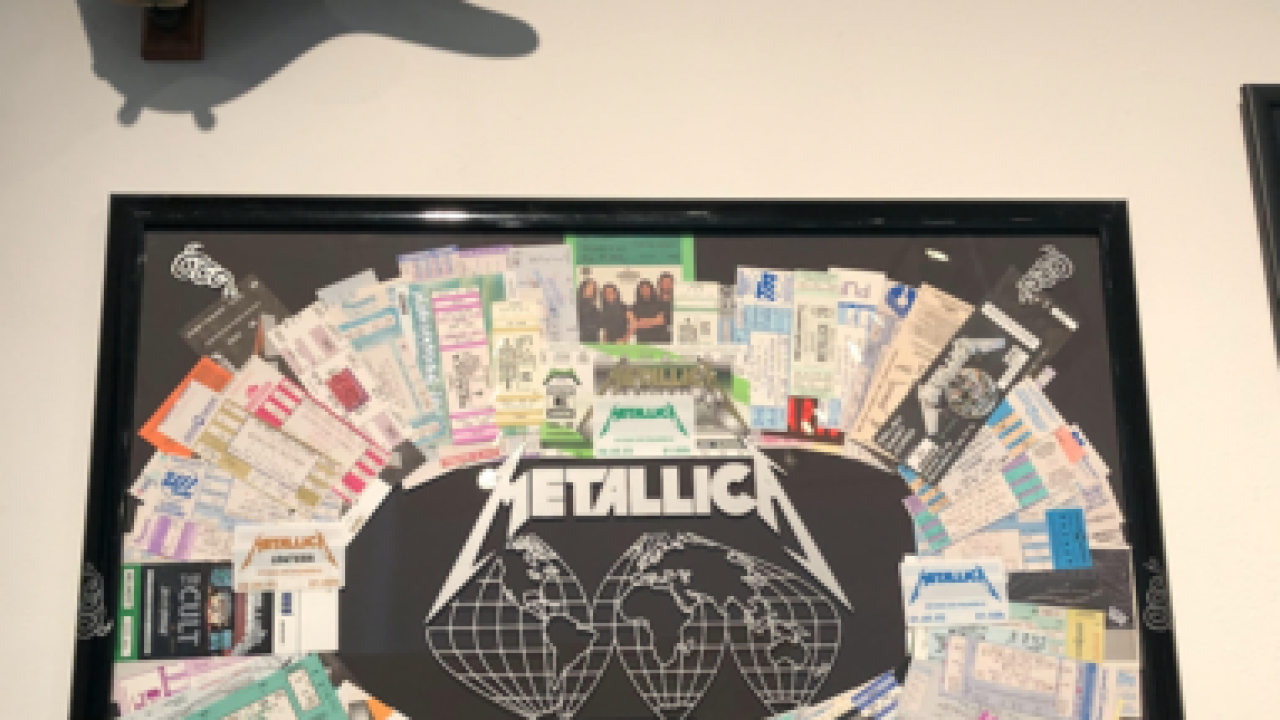 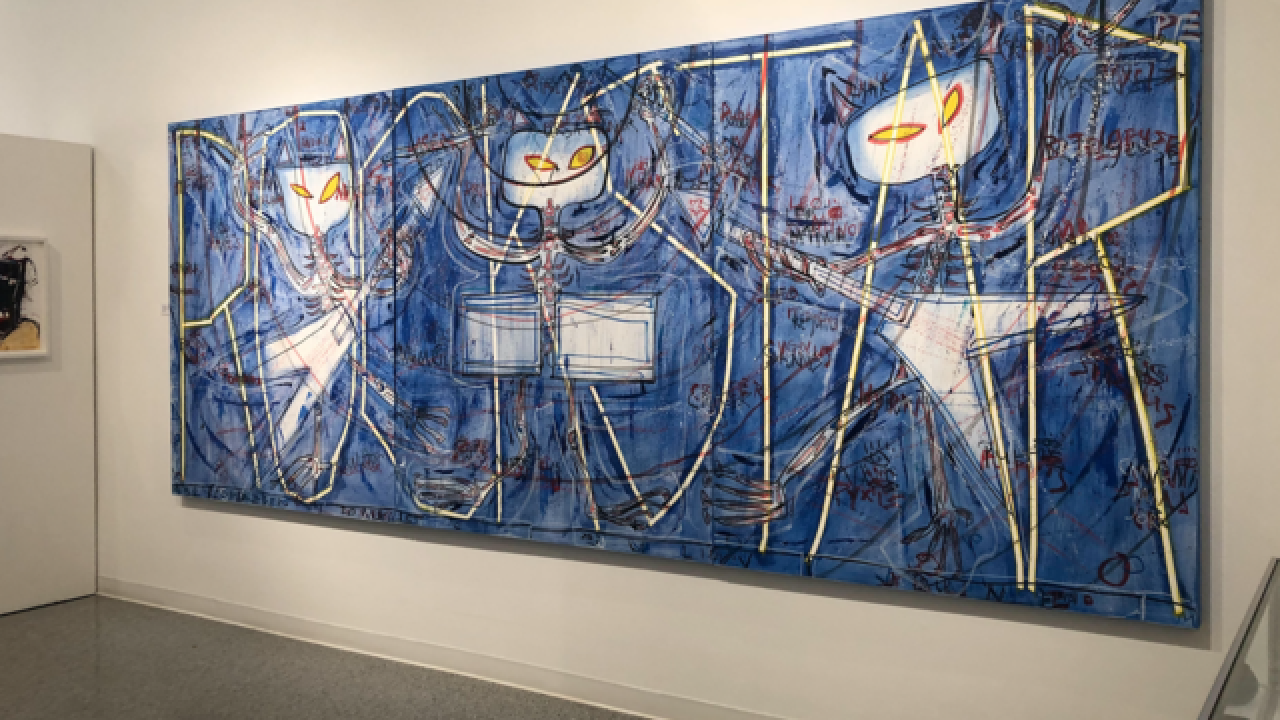 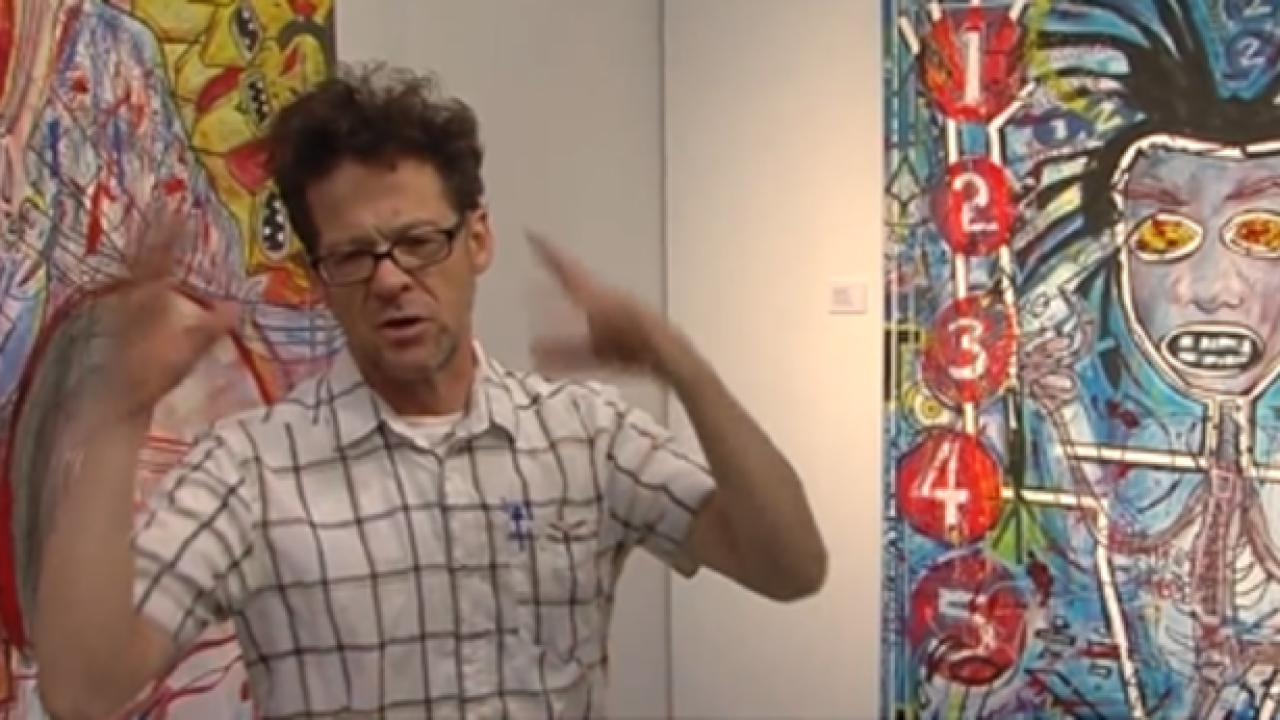 A music celebrity is using his skills as an artist to help local charities in Palm Beach County.

Rawk - The Art of Jason Newsted is underway at the Cultural Council in Lake Worth. The Grammy Award winner gave a tour for media on Thursday.

Newsted was a bassist for rock group Metallica for nearly 20 years and started creating art in 2004. He incorporates his music influences into his art exhibit, which features an array of paintings and sculptures.

"The paintings look like the music sounds. It's the same energy, same heart, same brain, same hands that make the music. Direct transference," he said.

His works are for sale and proceeds will benefit  two charities: Little Kids Rock promotes music education in schools and the Perry J. Cohen Foundation honors the life of one of the Jupiter teens lost at sea. The money will be used to help build an outdoor classroom, the Perry J. Cohen Wetlands Laboratory, at Jupiter High School.

Newsted has been a longtime resident of the Jupiter area. He explained why he chose Palm Beach County to host his art show.

"The community that I feel here and around Tequesta and Jupiter where we hang out, I’ve never had before. My wife and I have never had a community to be in to be a part of," he said. "It’s important because the roots are good here for art people who were so willing to support it in a lot of different ways."

Newsted said he hopes his artwork and the charities he's helping can shape the youth of today.

"Giving opportunities that are colorful and fun and they can feel them," he said. "I like to think that it's all quite childlike, a lot of my work. The childlike wonderment that I retain as I do it, is important. And I hope that comes across when the kids see the creatures and the aliens."

The exhibit opens free to the public on Friday. It will run through the holidays until February 3, 2018.

There will be a preview party at the Cultural Council on Thursday evening Nov. 30, at 6 p.m. That event is free for members and $20 for non-members.

Click here for more information about the exhibit and upcoming music performances by Newsted.