Priest says he was targeted for whistleblowing 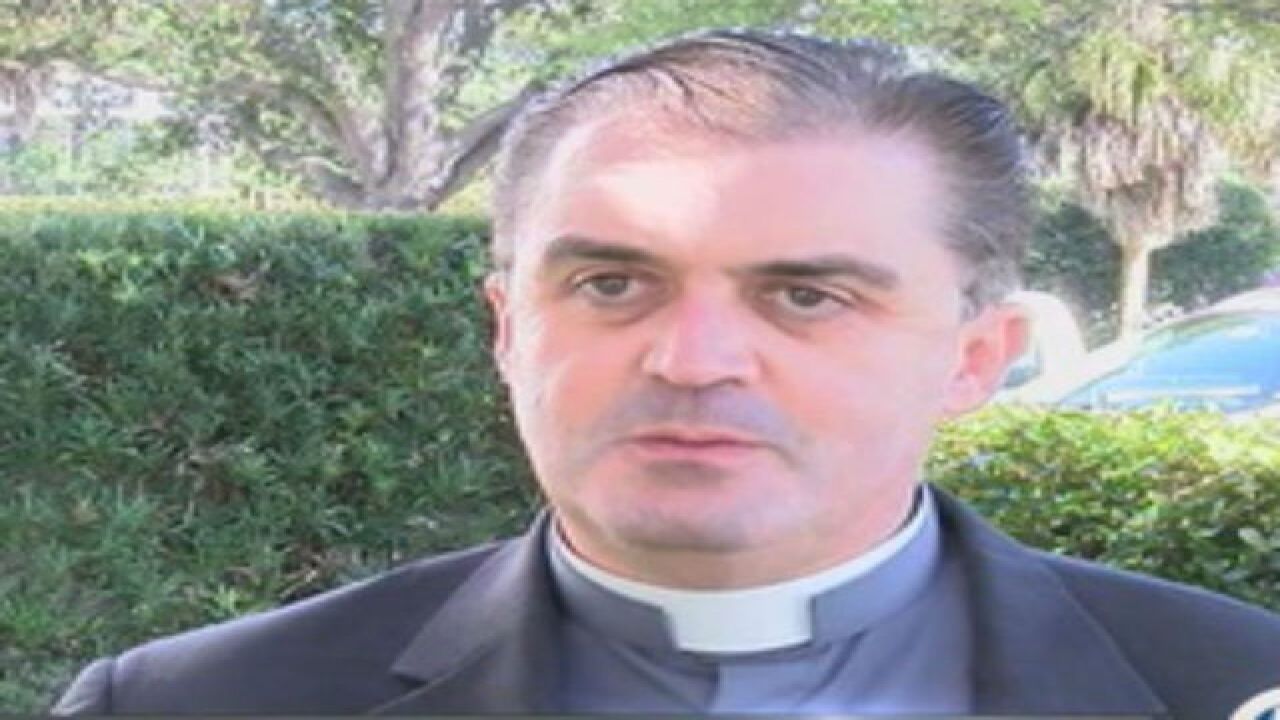 In 2015, the priest alerted law enforcement to the behavior of  Father Jose Palimattom at a West Palm Beach Catholic Church.

He says he got information that the priest showed pornography to a 14-year-old boy.

"I had been asked by my diocese...the whole process was to cover him up and put him on a plane. And I said, 'The Sheriff's office is on the way to make the arrest.'

Palimattom received 6 months in jail, a year's probation, and then was deported.

However, Father Gallagher says ultimately he got into trouble for being the whistleblower.

"I then was threatened by the diocese, offered a denotation, and I was asked to resign from priesthood," he says.

"Why would any priest want to be a whistleblower if they are treated the way I've been treated?"

He says the church went as far as to change the locks on his parochial home while he was sick in the hospital.

The Diocese of Palm Beach, when asked for a comment, responded Monday by calling his allegations a "misrepresentation of the facts."

The diocese maintains there was no cover-up - that he was not demoted nor were the locks changed on his home.

PBSO Deputy Chief Michael Gauger wrote a letter to American Cardinal Sean O'Malley saying that it was due to father Gallagher's actions that this case was swiftly resolved and the opportunity for other crimes was diminished.

"In this instance of the church, it has lost the integrity, it's lost its honor, and it's no longer noble," Father Gallagher says.

He says he hopes his fight for answers will lead to change in the Catholic church.

"We're looking at a governance that is faulty, that is very fractured, and the people deserve better," Father Gallagher says. "The church has had enough of this."